"Get used to it. I'm going to live until 105 and I'm going to show my thighs every day," quipped Lena Dunham during her conversation with TV critic Emily Nussbaum at the New Yorker Festival on October 7th.

The 26-year-old "Girls" creator and star was responding to the recent flurry of media attention that she received for wearing "no pants" (a.k.a. small shorts) to the L.A. Loves Alex's Lemonade Culinary Event at the end of September. Dunham maintained that same frankness and humor throughout Sunday's 90-minute event. She spoke candidly with Nussbaum about the "Girls" backlash, her "anti-regrets" philosophy and the importance of creating "recognizable" female characters on television.

Several members of the HuffPost Lifestyle team were lucky enough to attend the event. To recreate it for you, here's a timeline of Dunham's New Yorker Festival conversation in tweets and photos (Instagrammed, of course): 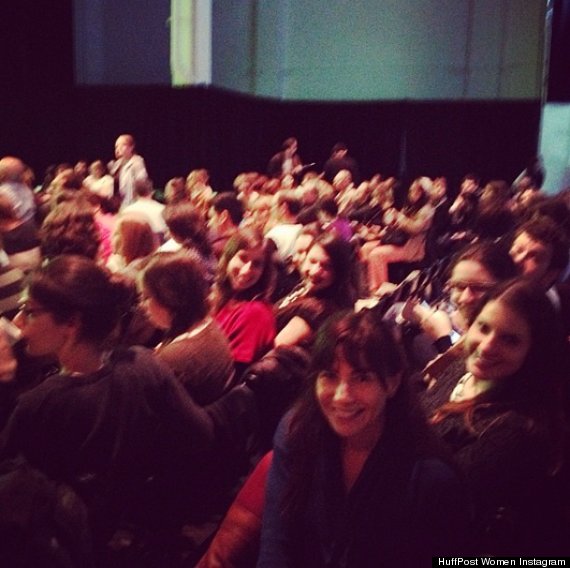 HuffPost Women and HuffPost Parents editors eagerly wait for the talk to begin.

Early in the conversation, Nussbaum asked Dunham what she's learned working on "Girls" and other film projects:

Soon enough, the discussion turned to the criticism "Girls" received and how Dunham dealt with it:

When Nussabaum asked Dunham about the ethics of basing characters on real people in her life, Dunham mentioned the men in "Girls": 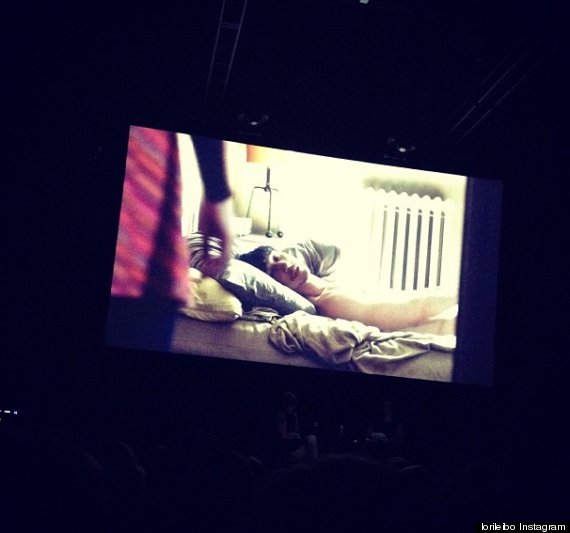 The audience watches a clip of Adam from "Girls."

A Twitter user asked Nussbaum to ask, "Lena, why so naked?" Dunham explained:

Which led to a discussion of the "no pants" media frenzy: 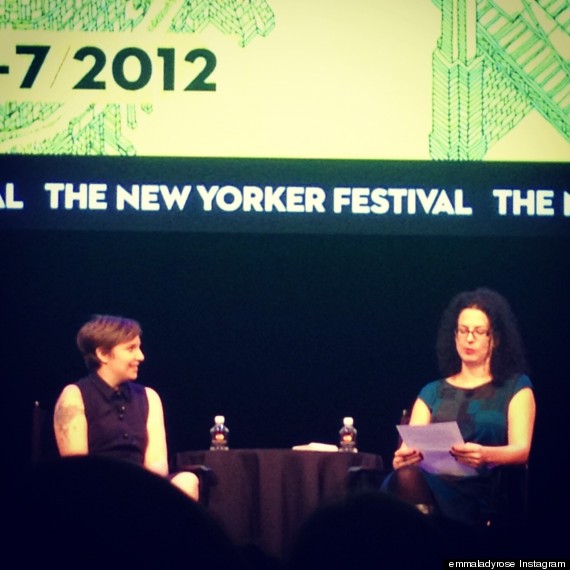 Nussbaum also asked Dunham whether she feels camaraderie with other women in the TV industry:

and what it was like to meet Louis CK at the Emmys:

Are there any "Girls" scenes or decisions she regrets?:

Dunham shared that she has some very special fans:

and that she, too, has her "baggage":

Then it was time for questions from the audience... 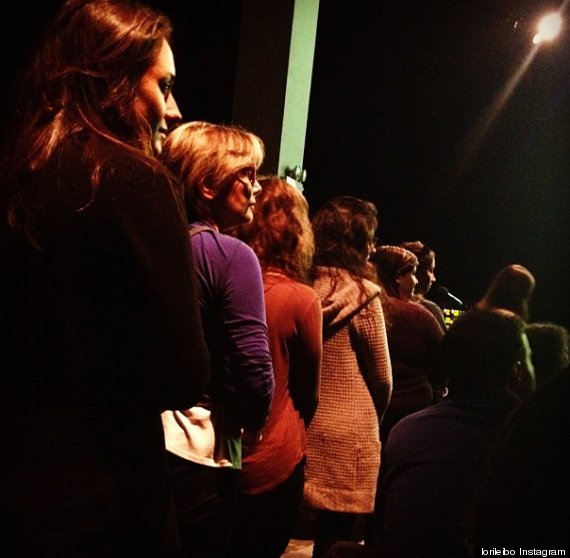 Asked to discuss Episode 2 of the first season of "Girls", i.e. "the abortion epidsode," Dunham said:

but that the episode was much more about the fact that

Dunham summed up what she's "trying to do":

The final question was, why not, about the Spice Girls:

At the end, the audience seemed pretty pleased: