Lena Dunham really hates tweeting. She told Salon that she is "under great duress" and a lot of that is due to the fact that everyone keeps making her tweet things:

I feel like I miss a little bit the old – I mean it was kind of pre my career – but the idea that you made something, you put out a book or you put out a movie, and then you went into hibernation. You had your experience of preparing to put the next thing into the world. And that doesn't exist, because people are blogging and tweeting.

Do you guys not understand what it is like to be a serious writer? Have you not watched the hit TV show "Girls"? It's a real struggle, especially when you're also a 20-something.

As Defamer points out, Dunham currently has over 7,000 tweets as well as nearly 1,000 Instagram photos, which also surely puts her "under great duress."

Like this time, when someone forced her to announce that "Monday is for lovers" by taking a selfie.

Or this time, when she had to "keep it casual" with her new hat, because she had no other choice.

Or this time, when she was struggling to find a nice chair while reminding you that she wrote, directed and starred in a film called "Tiny Furniture" ... under threat of death.

Or this time, when she was compelled to document an ironic "good hair day" OR ELSE.

Or this time, when she was coerced into communicating her concerns about post-Nathan's flatulence.

I ate a Nathan's hot dog for breakfast at the airport and, in doing so, disappointed my friends and family. It is to them I must apologize.

Or this time, when she just couldn't handle social media anymore, but also really needed you to know she had finished her dinner.

Lena Dunham Shouldn't Have To Tweet Because She Is A Serious Writer, Okay?
The Girls of HBO's "Girls" 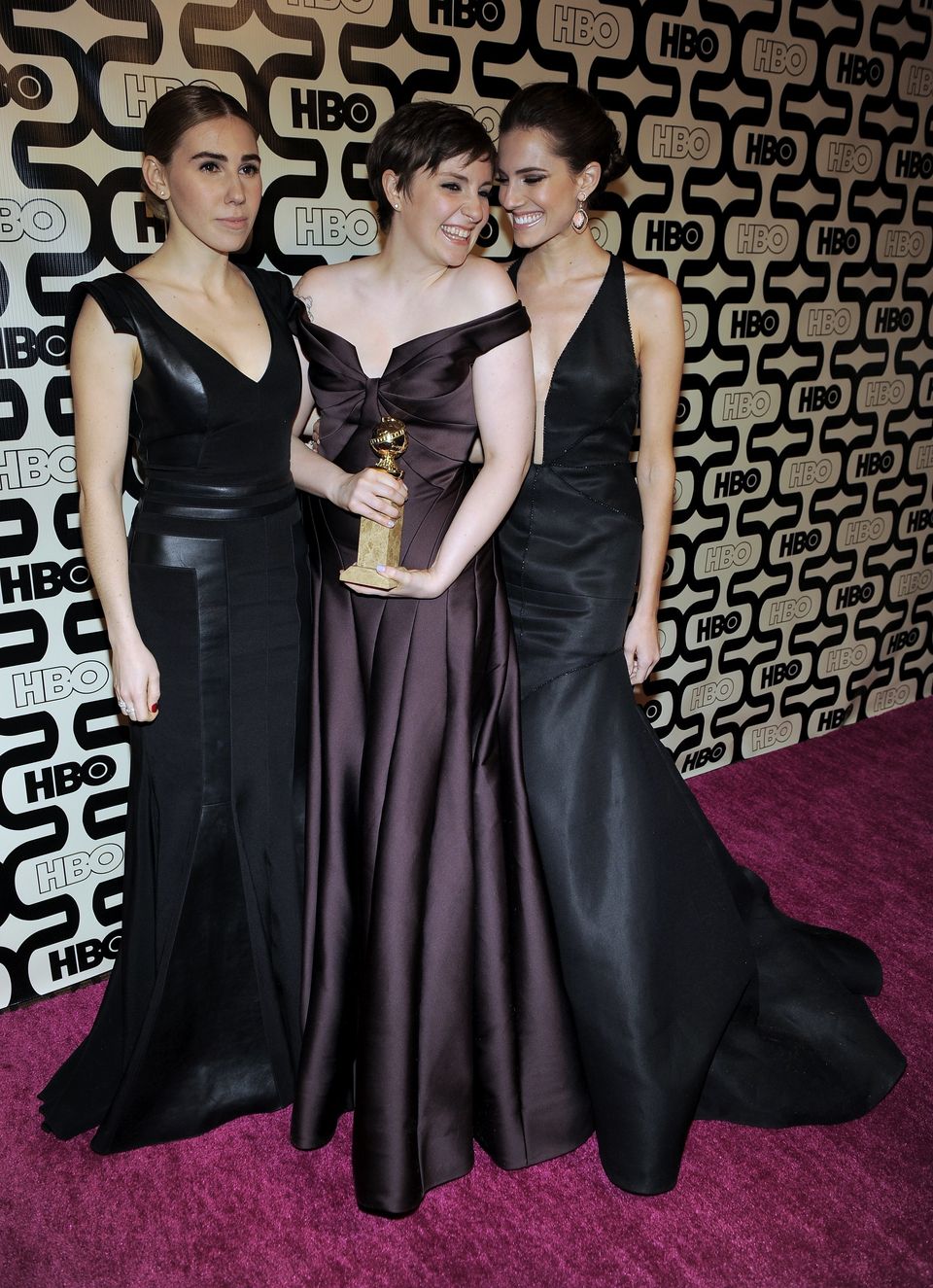