Leave it to Lena Hall to bring an air of downtown cool to her debut performance at New York's Café Carlyle.

The singer-actress, who nabbed a Tony Award last year for "Hedwig and the Angry Inch," delivered a rock and soul-centric set at the April 7 opening of "Lena Hall: Sin & Salvation," which featured tunes made famous by Jet, Tori Amos, Erykah Badu and Queen, among others.

Given that Hall performs regularly with her rock band, The Deafening, these selections may not come as a surprise to fans of her work outside of "Hedwig" and "Kinky Boots." Still, the show might have felt a bit more at home at Joe's Pub than the Carlyle, which generally attracts a genteel crowd eager for show tunes and standards. This fact was not lost on Hall, who joked to the crowd that she was a "B-side girl" who had chosen songs that she'd most wanted to sing rather than those which emphasized her Broadway chops once Carlyle producers had given her free reign over the set.

Channeling her inner rock goddess, she even quipped, "I'm Lena Hall. I do what I want."

Any doubts about the venue's suitability for a more daring performance were dissipated from the moment Hall appeared in a sexy, Asian-inspired Zac Posen gown, crooning Jack White's "Three Women." Accompanied by a four-piece band that included music director Watt White on guitar, Hall also impressed with confident renditions of the Talking Heads' "Psycho Killer" and Jet's "Are You Gonna Be My Girl."

The evening's best moments came at the show's conclusion. A searing take on Hozier's smash "Take Me To Church" was a highlight, and when Hall dedicated Paul McCartney's "Maybe I'm Amazed" to her father, the audience returned the love. 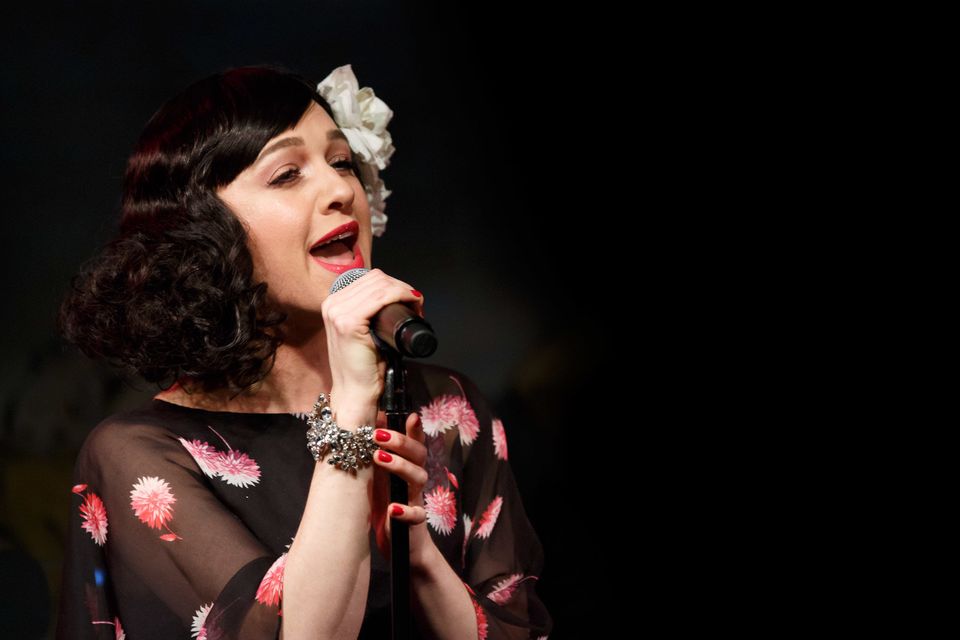