Actress and writer Lena Waithe, best known for her role in the Netflix comedy series “Master of None,” is the star of Vanity Fair’s April cover.

With a breakout TV series, a historic Emmy, and a propulsive role in Steven Spielberg’s #ReadyPlayerOne, screenwriter-producer-actress—and V.F. cover star—@LenaWaithe is re-writing the rules for the next generation https://t.co/1i72DVMOFg #VFxLena pic.twitter.com/zlgkYBCyZM

The cover, released Thursday and photographed by Annie Leibovitz, is the first under the magazine’s new editor Radhika Jones, and suggests a major shift in the magazine’s largely mainstream focus by showcasing an up-and-coming black, openly lesbian woman. The final cover under former editor Graydon Carter featured the A-list actress Jennifer Lawrence.

“When I thought about the kind of person I’d like to see on the cover of Vanity Fair, I thought about Lena Waithe — a member of the new creative elite remaking entertainment for her generation,” Jones wrote in a note to readers of the new issue.

Waithe has become a creative force in recent years. After working behind the scenes as a writer and assistant for directors like Ava DuVernay and Gina Prince-Bythewood, she broke out as a star of Aziz Ansari’s Netflix series “Master of None,” and created the Showtime series “The Chi.”

After “Master of None’s” second season last year, she became the first black woman to win an Emmy for Outstanding Writing for a Comedy Series, for “Thanksgiving,” an emotionally moving episode based on Waithe’s own experience coming out to her mother.

“The things that make us different, those are our superpowers,” Waithe said in her acceptance speech, after thanking her “LGBTQIA family.” “Every day when you walk out the door, put on your imaginary cape, and go out there and conquer the world. Because the world would not be as beautiful as it is if we weren’t in it.”

In addition to “The Chi,” which was recently renewed for a second season, Waithe appears in Steven Spielberg’s next movie “Ready Player One.” She is also developing an upcoming TV series centered on a queer black woman.

Waithe on Thursday thanked the magazine “for seeing me so clearly.”

This article has been updated with details about the cover and comments from Jones. 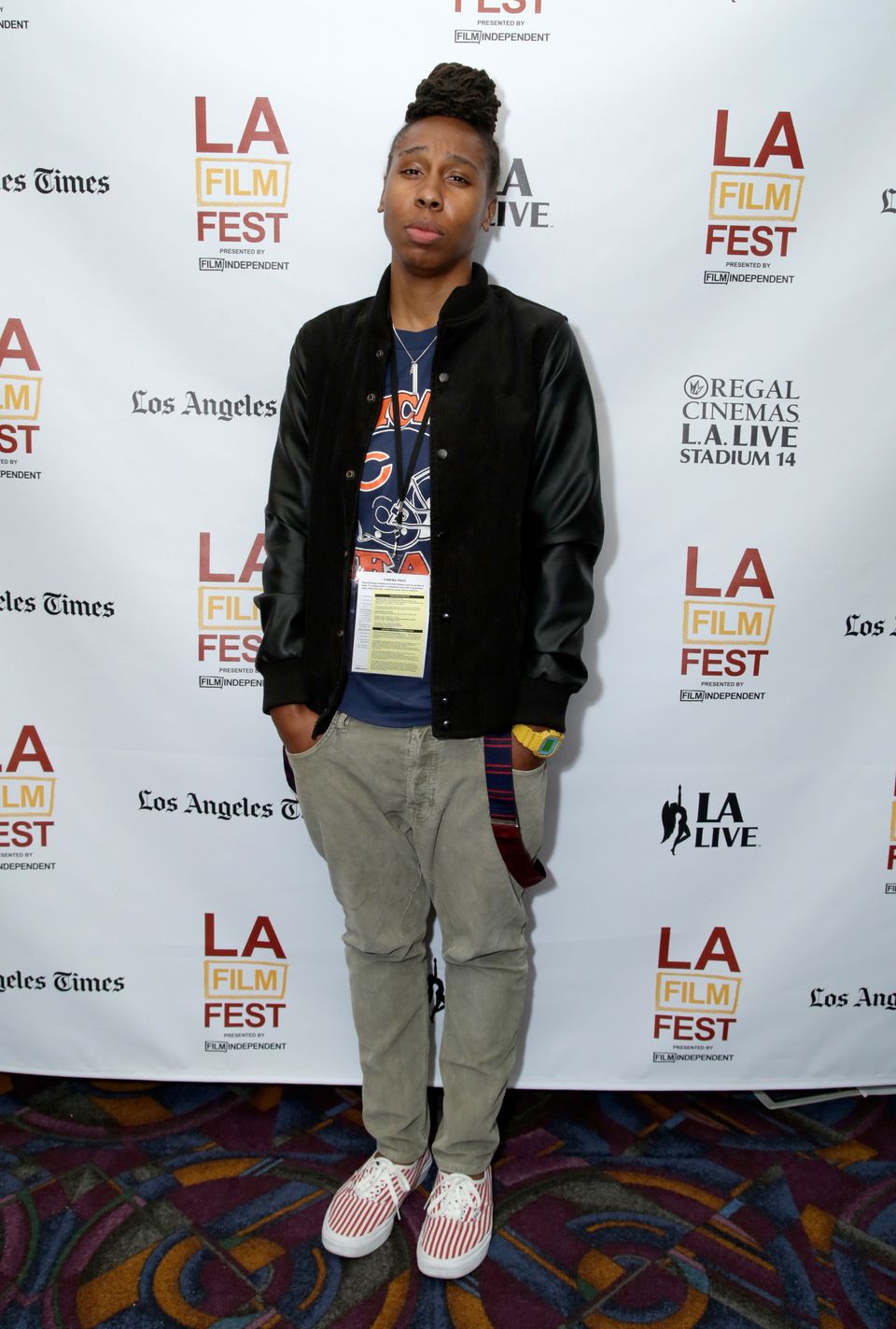 1 / 22
2014
At the premiere of "Dreams Are Colder Than Death" in Los Angeles.&nbsp;
Vincent Sandoval via Getty Images