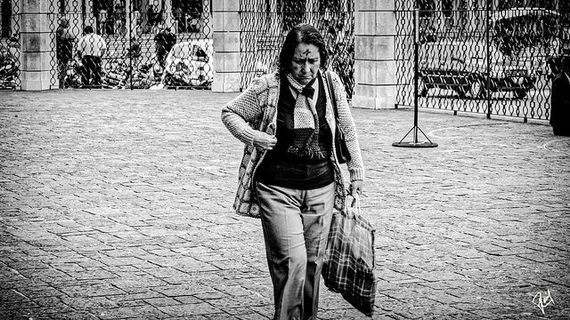 For many Christians around the world, Lent is an important season of the spiritual life. They give something up, or take on some new discipline during this season. There is a trend, which overall is a good one, of using Lent not just to "give something up," but to do something positive or proactive. Here I want to discuss why giving something up for Lent is still appropriate, important, and potentially effective for one's moral and spiritual growth.

Some Christians are skeptical of Lent. They may think that the self-denial practiced by many during this season is an empty form of asceticism (Colossians 2:16-23). Some do approach it this way. I can recall a time when I was much younger that self-denial during Lent was a fairly meaningless practice for me. However, if we are intentional about it, giving something up can be a way to put into practice the teaching of Romans 6, presenting our bodies to God for the sake of moral and spiritual growth. Paul's thinking in 1 Corinthians 9:24-27 is also relevant, as Lenten self-denial is a way of practicing and cultivating self-control.

Recent work in psychology supports the idea that we can cultivate and strengthen our capacity for self-control. We can think of self-control as a muscle. On this way of thinking, each of us has a finite amount of willpower. It depletes as we use it. But over the long-term, a muscle that is consistently exercised increases in stamina and power. Fortunately, the same is true of self-control.

So by giving up chocolate, sweets, alcohol, or social media for the 40 days of Lent, we can increase our powers of self-control and then exercise those powers in other realms of life where perhaps we struggle with such control. We can also be more creative about what we forsake during Lent. A friend of mine once gave up worrying about the future, for example.

Acts of self-sacrifice and self-denial can be fruitless and even lead to a smug self-righteousness, but they can also be very effective ways of cooperating with God in our moral and spiritual growth. We can do this in union with Christ, deepening our connection to him. We are constructed with a nature that enables us to participate and contribute to our own growth in this and many other ways.

It is up to us to make use of these God-given powers in positive ways, and the traditions surrounding the season of Lent provide us with an excellent opportunity to do so.