Lent, the 40-day Christian season of fasting and repentance leading up to Easter, began on Wednesday. It’s a tradition that harkens back to Jesus’s 40 days of fasting in the desert. But Lent as we know it today didn’t exist in the early years of the church, and it only came to be thanks to growing acceptance of Christianity toward the end of the Roman Empire.

Early Christians practiced disparate forms of preparation leading up to Easter, a holiday that commemorates Jesus’s death and resurrection and which has been observed since at least the second century. This period of preparation served to demarcate the Easter season as a sacred time and remind Christians of Jesus’s sacrifice for humankind.

“Many faiths observe a time of preparation before a major event or season,” Christopher Bellitto, a history professor at Kean University and Christian scholar, told The Huffington Post. That preparation can entail things like fasting, making pilgrimage or engaging in rigorous prayer.

Lent is a new beginning, a path leading to the certain goal of Easter, Christ’s victory over death.

But there was little cohesion in the way early Christians practiced Lent, or any other religious tradition for that matter. And there’s a good reason for that.

The Roman empire viewed Christianity as a threat and treated Christians with hostility. Followers of Jesus observed their faith in secret, which led to the formation of a wide range of practices for Lent and other traditions of the church.

That changed in 312 when the Roman Emperor Constantine I signed the Edict of Milan, which officially ensured religious tolerance for Christians. Constantine himself would later convert to Christianity.

“Now Christians could come out from underground,” said Bellitto.

The Council of Nicea, the first ecumenical council of the church, took place in 325 and further catapulted Christianity into mainstream life. For the first time Christians could openly discuss their practices and implement new, lasting traditions.

“The council began to solidify what had previously been different ways of marking the time before Easter as a time of preparation,” Bellitto said.

Many Christians had observed one or two days of fasting before Easter, but records from the Council of Nicea indicate the first reference to a 40-day fast being officially implemented.

“Fasting” as it’s practiced by Christians during Lent doesn’t mean going without food and water entirely, as it often does in other faith traditions. Rather it implies abstention from certain foods and activities, namely meat and habits like lying or gossiping that are believed to distance a person from God. The Lenten fast also entails a general spirit of repentance and piety that might distinguish it from other periods of the year. During Lent, Christians are expected to pray more regularly, recite devotionals and go to confession.

Things to give up for Lent:

The number 40 correlates to Jesus’s time in the desert, but both the number and the contemporary Christian practice of fasting have roots in Judaism.

“Jesus would have known about fasting as a practicing Jew,” Bellitto said. And he would have seen the number 40 referenced several times in the Hebrew scriptures ― notably in the 40 years the Israelites spent wandering in the desert after leaving Egypt and in the 40-day fasts Moses observed on Mount Sinai.

But even given that precedent, fasting for Lent wasn’t highly emphasized in the early church. It was just one part of a larger spirit of preparation leading up to Easter. By the fifth century, though, strict fasting had become a major focus of the Lenten season.

Christians during this time ate just one meal a day after sundown, borrowing from Jewish fasting practices, and they abstained entirely from meat, fish, and even eggs and dairy. These practices began to relax somewhat by the nineth century and onward, according to the New Catholic Encyclopedia, and by the Middle Ages Christians had incorporated fish back into the Lenten diet and were eating more than one meal a day.

I think I'm giving up Donald Trump for Lent.

Recent centuries have seen a further loosening of the Lenten fast restrictions. Today, many Christians don’t fast at all. If they do, they typically only abstain from meat on the Fridays of Lent. Many Lent-observers also choose something personal to “fast” from during Lent, often to give up things like chocolate and social media.

“The joke is you give up chocolate, but not just for the sake of giving something up,” said Bellitto. “The meaning of the chocolate is to stop yourself short and remember that this is a sacred time.” 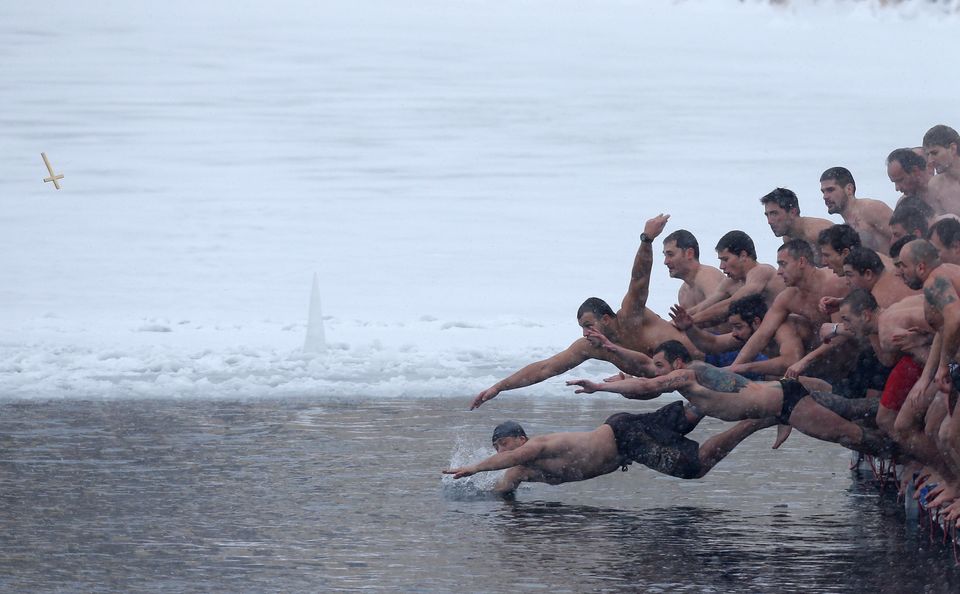