A Dutch man who lost his leg after an accident had the amputated limb preserved and turned into lamp, and then tried to sell the unusual object on eBay. But don't start bidding just yet, because the online auctioneer has already pulled the listing, saying it violates a rule against the sale of body parts, according to the Daily Dot.

Leo Bonten slipped in a pool and broke his leg two years ago, according to Dutch public broadcaster NOS. However, after an infection, the leg had to be amputated earlier this year.

With the help of a pathologist and a lamp maker, Bonten's leg was transformed into what just might be the world's most unusual -- and macabre -- lighting device. The video above (in Dutch, but well worth watching) shows how the lamp was made.

“I am surprised. He wanted his leg to be made into a lamp because he could not say goodbye," lamp maker Willem Schäperkötter, who worked on the project for two weeks for free to help him out, told NL Times. "I thought that he would maybe want to sell the lamp in a few years, when he has processed the amputation completely. I did not expect it to happen so soon.”

But Bonten said his financial situation is bad.

"Soon I won’t even have a home where I can put the lamp,” Bonten told NL Times.

For more images of the man, his leg and the lamp, check out the gallery over at The Mirror.

Leo Bonten Has His Amputated Leg Turned Into A Lamp, Tries To Sell It On eBay
Craziest Celebrity Memorabilia Sold On eBay 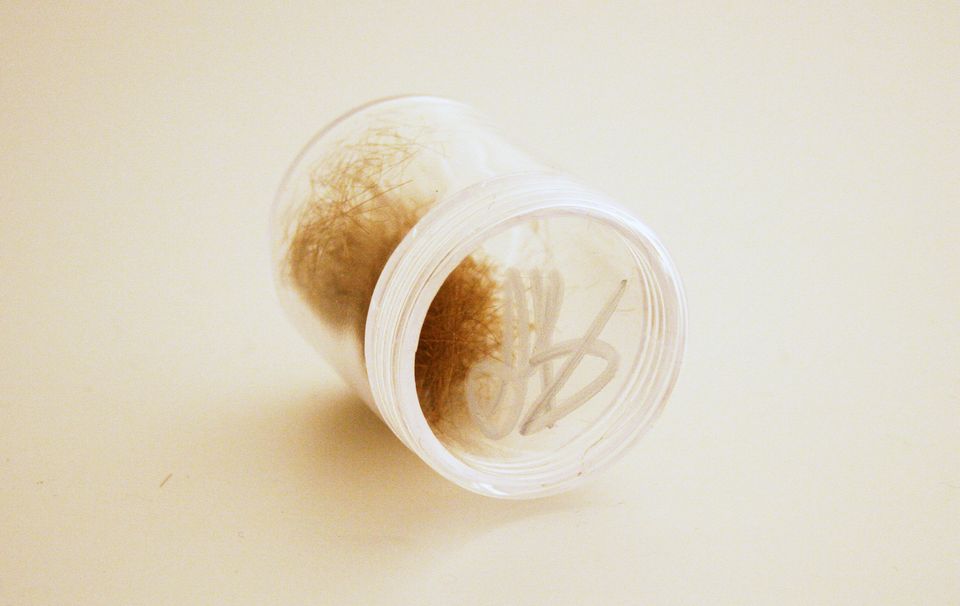 1 / 8
Justin Bieber's Hair
A lock of <a href="http://www.cbsnews.com/news/justin-biebers-hair-sells-for-40668-on-ebay/" target="_blank">Bieber's precious hair</a> was once placed in a signed box and sold on eBay for $40,668. The transaction was part of eBay's charity sale and the money was donated to an animal rescue foundation. Though you may think this buyer was a little crazed, he's going to have a darn good investment when cloning becomes mainstream.