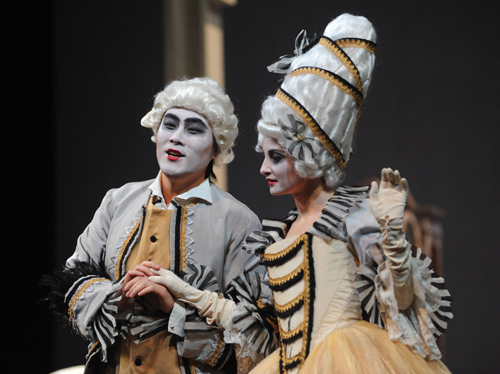 "No matter what the technology, the learning is about face to face. The crude analogy I would make is between learning and sex. Technology can greatly improve, broaden and diversify what we define as the sexual experience, but in the end it's about intimacy and human contact in real time." -- Leon Botstein

A speech from Bard College's President Leon Botstein is an enlightening conclusion to a perfect fall day on the school's lush 500 acre campus. In an astute, witty, charismatic talk, he offers rich insights from life and work experiences that quickly illustrate why he is considered one of the most original thinkers in education today. You will go on to share his presentation with friends over dinner and not be surprised that it leads to further creative discussion and debate. In the traditionally conservative world of academia, he is unafraid to challenge the status quo. His most recent cause du jour is of course the new Bard College admissions exam. It was originally my intention to interview him just about that, but why waste an opportunity when one has so many other questions and the occasion to engage a talented and creative leader.

The new Bard exam offers students who score B+ or higher a place at your college. What were your reasons for pursuing this additional application approach? What has been the feedback regarding the pros and cons of the strategy?

In a way, we are following the Oxford and Cambridge experience. Slowly, an increasing number of our applicants come from abroad. The overseas exam system is more familiar to them than the multiple choice, standardized exams we have here in the US. Secondly, I have never believed in the SAT's or the AP. We haven't been comfortable with those tests as benchmarks for admission to college. Finally, we are interested in recruiting students who have real curiosity, motivation and ambition. The exam was written with an eye to emulating what kind of work one would ask of students when they are in college. It is intended to spark a student's curiosity. It was also designed to make use of the technological platform which now exists. Students now have a level playing field. Everything they need to read and analyze is available online. Hence, the new approach was a combination of the best tradition of written exams and the innovation of modern technology.

The reaction has largely been extremely positive. The one criticism is that for this cycle of admissions it was announced a little too late. We expect its real impact to hit in the next admissions cycle. 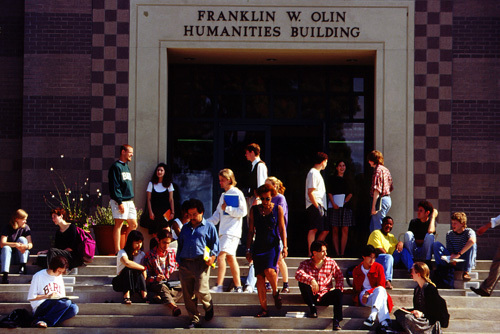 "The initial higher education may not be sufficient for an entire lifetime... We accumulate more interests as we age. Connecting ourselves to a university to further those interests will become a real option." -- Leon Botstein

Senior year in high schools around the world can be intense. Do students have time for another exam?

I speak now as a parent, not a college president. I have a slightly different expectation of hard work. I think that although this year our exam would be difficult for seniors because of timing, students who are juniors looking to apply to college next year have the entire summer for the essays. It's the equivalent of 4 extra papers. I don't think it's that burdensome and frankly, given the range of questions, it could be immensely enjoyable.

Do you believe the continued increase in human longevity will impact the supply and demand for higher education, and if so, how?

Definitely, I think not only longevity but the quality of the longevity. There seems to be a lot of evidence that we can expect a longer, healthier life. I think medicine and science will tackle, albeit slowly, the questions of mental and physical aging. In terms of the impact on higher education, first of all, the shape of careers may change. The initial higher education may not be sufficient for an entire lifetime. The areas of retraining and updating training, which already exist in law and medicine, will become more commonplace. Second, changing careers in mid-life with horizons to a second career may well become an increasing option and this may require more education. A third area of expansion is how to deal with an extended life where work is not the central occupation, that is, adults over the age of 65 or 70 who wish to keep their minds active and continue to satisfy their curiosities. We accumulate more interests as we age. Connecting ourselves to a university to further those interests will become a real option. I also think that the length of life relieves the younger student of the pressure to get moving quickly. 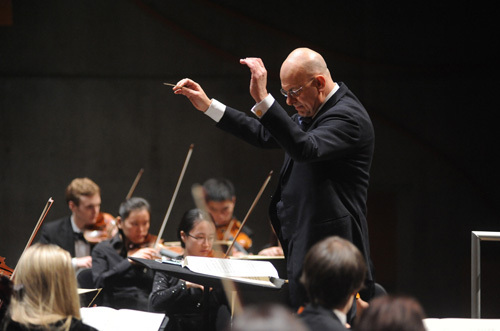 "Even jobs which may seem below the dignity of a college graduate are increasingly contingent on having a higher education. In terms of available jobs, the real question is will there be enough jobs, period." -- Leon Botstein

Technology has changed our world again. Some employers argue that graduates don't have the current skills needed. What have you to say about that?

I think that is short sighted and I don't think there is evidence. Most job skills are learned on the job and not in school; the question is which student is better able to quickly learn, master and improve on the skills in that job. I believe the college graduate is better off than a non-graduate. Liberal arts graduates have adaptability. Second, there is always over supply and under supply. For example, there are periods when there may be too many or too few lawyers. Technology has displaced some jobs but it has created a whole new set of jobs. The people who are better off in a period of innovation are college graduates. The narrowly focused vocational education is probably the most vulnerable. The most successful education will be a rigorous one in the field. Someone who understands computer science will be able to adapt to new strategies in software and hardware versus someone who is taught a particular programming language or a specific set of skills. 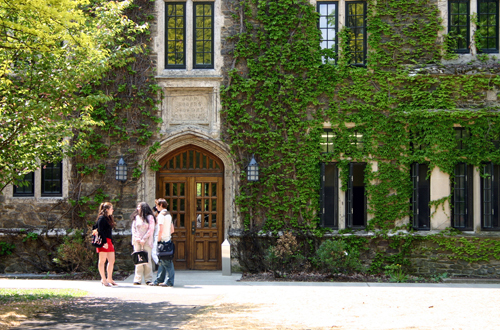 "A college graduate historically earns more than a non-graduate and therefore he/she will pay more taxes. And yet government has been so short sighted about subsidizing tuition." -- Leon Botstein

The cost of higher education has become prohibitive for so many. What are the possible solutions to this issue?

The issue is a social policy matter. It's not the cost of education but the financing of it. The government is very short sighted in its policies because the best return on investment both in tax policy and productivity is education. A college graduate historically earns more than a non-graduate and therefore he/she will pay more taxes. And yet government has been so short sighted about subsidizing tuition. The cost is viewed as an entitlement or a social welfare program, not an investment policy. Support of tuition should be a national priority. Universities are not the worst examples of inefficiencies and excessive expense. They are labor intensive and they are competitive. With a few exceptions, the entire sector of higher education is composed of earners of middle class income. No one is getting rich and there is no profit being made. So lowering the cost of Higher Ed is not the solution; the solution is its financing.

Blended learning is an outstanding technological advance but it is not the way to reduce the cost. The printing press and commercial printing, movable press and other technologies were as significant as the internet and virtual communication. They were ways of improving access and distributing materials to people. They were technological efficiencies that did not end up replacing the most important part of what happens in education, which is teaching. Blended learning is probably called blended because it is no different from what used to go on. What it replaces is a very inefficient and ineffective form of teaching called the large lecture. The large lecture class in organic chemistry or art history is now becoming replaced by online material. That's always been a terrible way to learn. So blended learning will not appreciably reduce the amount of human contact required for someone to learn. 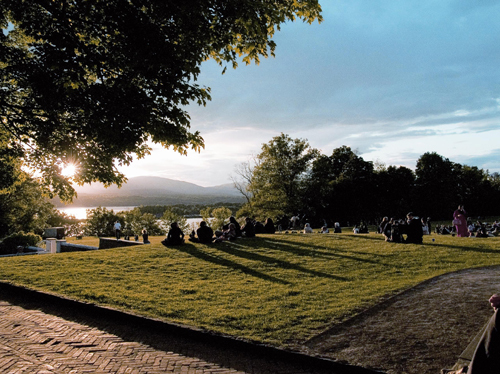 "Learning, like love, death and eating, are fundamental human activities. It's at the core of human existence and its character has a resilience of continuity that is part of what makes up human nature. That is not fundamentally going to change." -- Leon Botstein

Technology has a way of suddenly getting better. If a time came when its value added was a real option and cheaper than the real classroom, what then?

The cost of higher education is not a function of bricks and mortar. The cost is people. It is labor intensive. No matter what the technology, the learning is about face to face. The crude analogy I would make is between learning and sex. Technology can greatly improve, broaden and diversify what we define as the sexual experience, but in the end it's about intimacy and human contact in real time. That's the case with teaching as well. For all the improvements technology has brought us - in the end, those are all just tools behind the human social character of learning. You want to learn in real time in real conversation with people in real spaces. We are social beings and there are some fundamental human activities that are social. Social networking is an expansion of socializing but it does not replace the human contact which is tied to our mortality and our existence in real time.

Additionally, good blended learning isn't cheaper. The amount of work and planning which is required to put things online is also very labor intensive. What technology does is make the access very wide. To use it for teaching will still require local human interaction. It will not make learning any less expensive than the evolution of the printing press, which made the publication and distribution of books more accessible. The technology is welcomed because you can do incredible things with it, and it will expand the questions that people ask and the subjects they wish to study, so it will trigger whole new arenas of inquiry. It will replace obsolete things and it will create new things and ideas.

The university as we know it has had a continual recognizable existence since the 13th century and survived every technology, many of which have been more momentous than the internet: movable type, electronic transmission, telegraph, telephone, radio, movies, the steam engine, railroads, the automobile, flight.... Learning, like love, death and eating, are fundamental human activities. It's at the core of human existence and its character has a resilience of continuity that is part of what makes up human nature. That is not fundamentally going to change. 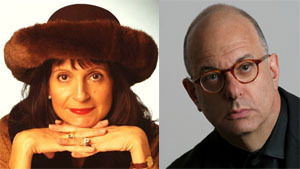 Photos are courtesy of Bard College.