A blue wave came early to the U.S. territory of Guam.

The islands’ residents elected Guam’s first female governor, Lou Leon Guerrero, on Tuesday. She will be Guam’s first Democrat to serve as governor since 2003.

“We are extremely grateful for the opportunity given to us to make a positive change for all our people,” Leon Guerrero said, according to Guam’s Pacific Daily News.

The unofficial governor-elect was a Democratic lawmaker in the territory’s legislature. Leon Guerrero’s running partner, Joshua Tenorio, will be the island’s first openly gay lieutenant governor.

Guam, which became a U.S. territory in 1898, is an island in the western Pacific Ocean nearly 4,000 miles from the Hawaiian islands. It sits west of the international date line.

Leon Guerrero, the president of the Bank of Guam, and her running mate, Josh Tenorio, won against the Republican ticket with just over 50 percent of the vote, according to KUAM.

Democrats will hold 10 of the legislature’s 15 seats in the next session, Pacific Daily News reported.

Since Guam, like Puerto Rico, is a U.S. territory and not a state, its residents may not vote for president. It is represented by one nonvoting delegate in the House of Representatives.

Last year Guam was caught up in rising tensions between President Donald Trump and North Korean leader Kim Jong Un. After launching numerous intermediate-range ballistic missile, North Korea identified Guam as a potential target for an attack on the U.S. Tensions between the two leaders eased after Trump met with Kim in Singapore in June.

Leon Guerrero, the ninth person elected governor of Guam, will be sworn in early next year.

PHOTO GALLERY
7 Ways You Could Be Disenfranchised By Voter ID

Lou Leon Guerrero, A Democrat, Elected First Female Governor Of Guam
7 Ways You Could Be Disenfranchised By Voter ID 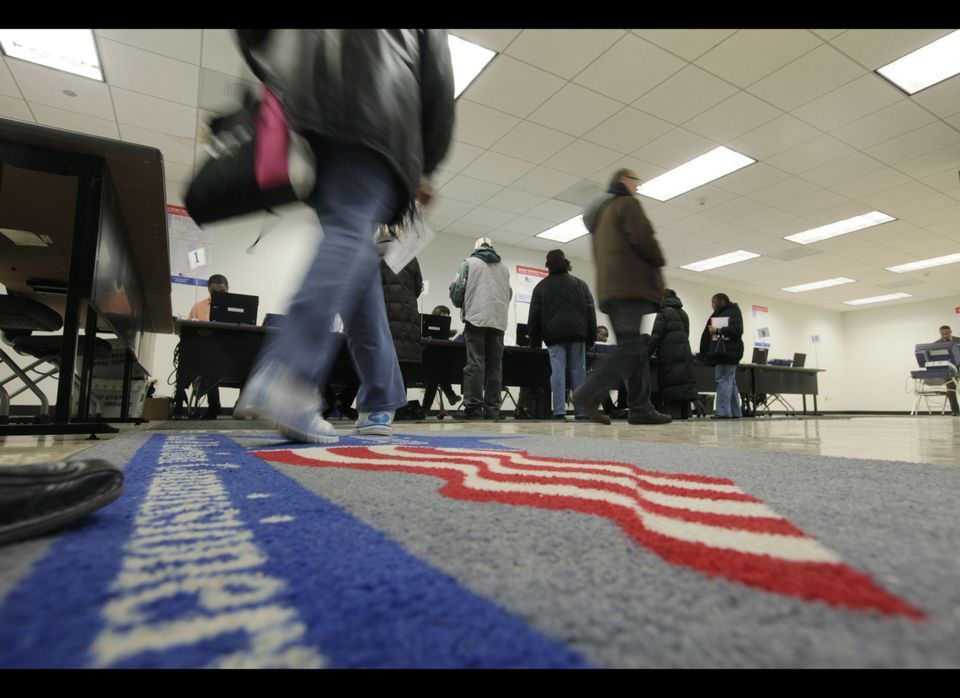 1 / 7
Pennsylvania
You're an average voter in Pennsylvania. The night before Election Day, your wallet goes missing, leaving you without immediate access to any of the identification you'll need to vote at your local precinct the following morning. While many people in this situation may have backup forms of identification, <a href="https://www.huffpost.com/entry/pennsylvania-voter-id-law_n_1652469" target="_hplink">studies have shown</a> that a significant percentage of would-be voters don't. The state's safeguard against the immediate disenfranchisement of people in this situation is a provisional ballot cast on the day of the election. But this doesn't mean your vote counts, yet. According to <a href="http://www.ncsl.org/legislatures-elections/elections/voter-id.aspx#PA" target="_hplink">Pennsylvania's new photo ID law</a>, anyone who casts a provisional ballot is required to "appear in person at the county board of elections" within six days of the vote to provide proof that their ballot was valid. If you're able to take time away from your job to do this, the process still requires a would-be voter to either show up with valid ID -- a replacement driver's license <a href="http://www.dmv.state.pa.us/fees/index.shtml" target="_hplink">would cost $36</a> and considerable time -- or to sign an affirmation that you are indigent and not able to afford the fees associated with acquiring a photo ID. Even if you make a rapid and somewhat expensive turnaround to get a replacement ID -- or alternatively swear under oath that you are too poor to pay for such a document -- there is no guarantee that your vote will end up counting. Many elections are largely decided before provisional voters have a chance to verify their validity, which could serve to discouraging them from following up with election officials or leave them effectively disenfranchised. In 2008, <a href="http://www.eac.gov/assets/1/Documents/2008 Election Administration and Voting Survey EAVS Report.pdf" target="_hplink">only 61.8 percent</a> of all provisional ballots cast were fully counted. With the recent implementation of these strict photo ID measures, however, the number of provisional ballots submitted will likely increase, as will the requirements for voters hoping to make them count. <em>(Photo: AP)</em>