A bank robber in drag has drawn the ire of both the fashion police and actual law enforcement.

Cloaked in a black wig, purple purse, black miniskirt and stretchy pants, Leonard Brown, Jr. allegedly robbed a Bank of America branch in Ceres, Calif. on Tuesday, according to CBS Sacramento. The outfit of the so-called "Stretchy Pants Bandit" drew harsh criticism from the bank's customers.

“Too much black all at once, he needs to throw it off with some other colors,” customer Sabrina Machado told CBS Sacramento.

Police said one officer recognized Brown, 28, despite his disguise. They say Brown fled on foot with an undisclosed amount of cash.

Fox40 reports that cops have not yet determined if Brown was assisted by another person. 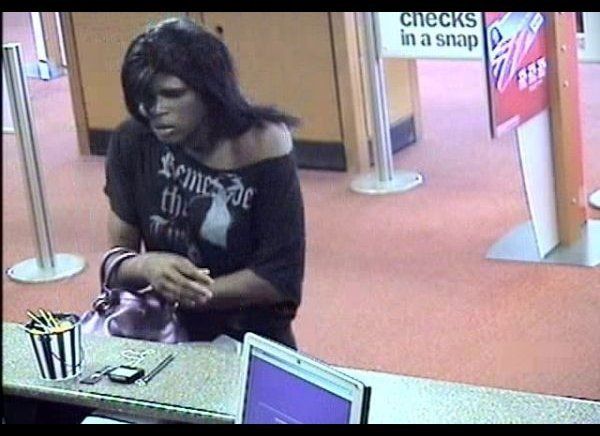