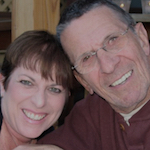 Innovation develops from having inspiration, overcoming challenges, and nurturing ingenuity. The Qualcomm Tricorder XPRIZE exemplifies innovation. It's a $10 million competition challenging teams from around the world to make the Star Trek medical tricorder a reality, bringing healthcare to the palm of your hand. As the daughter of Leonard Nimoy, who portrayed Star Trek's Mr. Spock, I am intimately familiar with the show's enduring ability to inspire.

The tricorder was a mobile device carried by the crew of the Starship Enterprise and used to collect biomedical information. Notably, the device effectively diagnosed the vital signs of all beings--not just humans. The tricorder's ability to read those life signs, as well as Mr. Spock's frequent encouragement to both friend and foe to "live long and prosper," can be viewed as fictional engagements with the idea that illness does not discriminate and all beings have a right to lead healthy lives. The concept of the universality of well-being and the drive to make it a reality are the inspiration for the Qualcomm Tricorder XPRIZE. They are also a major motivation for my film, COPD: Highly Illogical--A Special Tribute to Leonard Nimoy.

Chronic obstructive pulmonary disease, or COPD, literally takes a person's breath away. It makes the simple act of breathing, which most people take for granted, difficult and painful. It's estimated that COPD affects close to 30 million Americans. Sadly, over a third of these people suffer the symptoms of the disease without ever being diagnosed. This, as Spock would say, is "highly illogical," since early detection and treatment can reduce suffering and save lives. Thus, a user-friendly, mobile device that could diagnose individuals in the absence of a physician would be a great benefit for people with COPD. 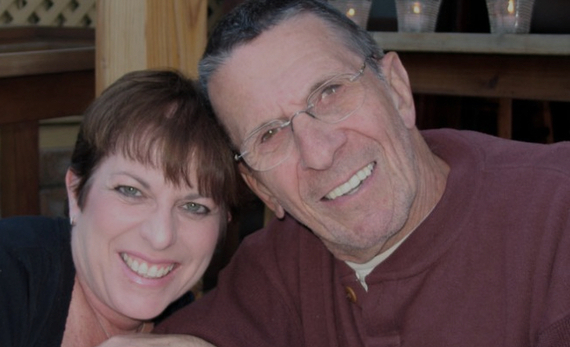 My father died from COPD in 2015. He had been diagnosed with the disease in 2013, but an unselfish concern for the lives of others wouldn't allow him to convalesce. He set out to use the influence of his personality to educate the public about the silent killer that is COPD. He passed on before he got to see his goal realized, but that does not mean it will not be realized. I have taken up his resolve to help people learn about COPD and deal with it logically.

I am excited to announce that my husband, David Knight, and I have begun a 30-day crowdfunding campaign on Indiegogo to raise the funds necessary to complete production of COPD: Highly Illogical. We have gotten together some great rewards and have some never before seen footage of my father. Please join us in fulfilling Leonard Nimoy final wish to prevent the loss of millions of lives.

Julie Nimoy is the daughter of Leonard Nimoy and co-producer of COPD: Highly Illogical--A Special Tribute to Leonard Nimoy