After a modestly successful run as the title character in "The Great Gatsby," Leonardo DiCaprio is gearing up for another historical part -- this time one that's not fictional. The actor will play famed Russian mystic Grigori Rasputin in an upcoming biopic.

Deadline.com reports that Warner Bros. acquired the rights to the movie based on a pitch from Jason Dean Hall, who is also writing the upcoming thriller "Paranoia" and the 2015 Steven Spielberg/Bradley Cooper vehicle "American Sniper."

DiCaprio was attracted to "Rasputin" after Hall uncovered elements of the controversial figure's life that had not yet been depicted, according to Deadline. It's unclear whether the new movie will focus on Rasputin's entire life, during which he became a trusted confidant of Tsar Nicholas II and was brutally murdered for it.

This casting news comes about a month after DiCaprio announced he would be taking a break from his acting duties this summer, having just filmed "The Great Gatsby," "Django Unchained" and "The Wolf of Wall Street" consecutively. In January, DiCaprio said he'd be taking "a long, long break" from acting after feeling "a bit drained." Presumably "Rasputin" will wait for the actor's hiatus to end, although no timeframe for the film has been announced.

Leonardo DiCaprio As Rasputin: Oscar Nominee Will Star As Famed Russian Mystic In Upcoming Biopic
Biopics You Probably Forgot About 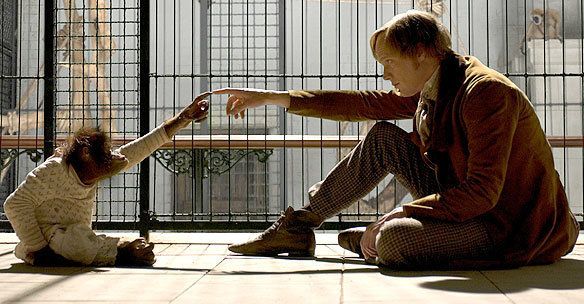