Can you feel it in the air? A new celebrity "it couple" has just been born. Before rumors fly over wedding dates, baby bumps and nanny cheating scandals, let's get acquainted with 2016's hottest twosome:

Leonardo DiCaprio and his vape pen.

At the Screen Actors Guild Awards Saturday night, Hollywood's who's who gathered to celebrate this year's finest performances, but all eyes were on DiCaprio (per usual) when he whipped out this sterling beauty.

Seated at a table with his "Revenant" director Alejandro Gonzalez Iñárritu and "Titanic" soulmate Kate Winslet, Leo was unafraid to get up close and intimate with his new piece throughout the ceremony. This picture is glorious for so many reasons: not only does it give us a glimpse into Leo's relationship with his vape, but we also get to see Kate Winslet eating like a normal person. The actress is really stealing the show here.

TFW your friend passes you the vape pen and you can't stop eating french fries...

Considering DiCaprio was finally honored with the SAG award for Outstanding Performance by a Male Actor -- he's been nominated nine times -- we fully support Leo blowing off a little steam to celebrate. Social stigma be damned!

Ugh, we can't get over how cute these two are! Aren't they so adorable in this photo?

This is only one chapter in the Leonardo DiCaprio Vape Chronicles (copyright pending). Miley Cyrus famously revealed that the actor refused to pass the pen during the 40th anniversary of "Saturday Night Live" back in October.

"I was sitting there and I was like, 20 feet, 15 feet from Leonardo DiCaprio sitting there with his mom and he was hitting a vape pin," Cyrus told Jimmy Fallon. "There's like an etiquettecy of when you're there, you need to pass that s**t, Leo. And he never did. So that was weird to me. He wasn’t passing the vape.”

Hopefully, Leo was in a more giving mood last night after his big win. Vapes for everybody! 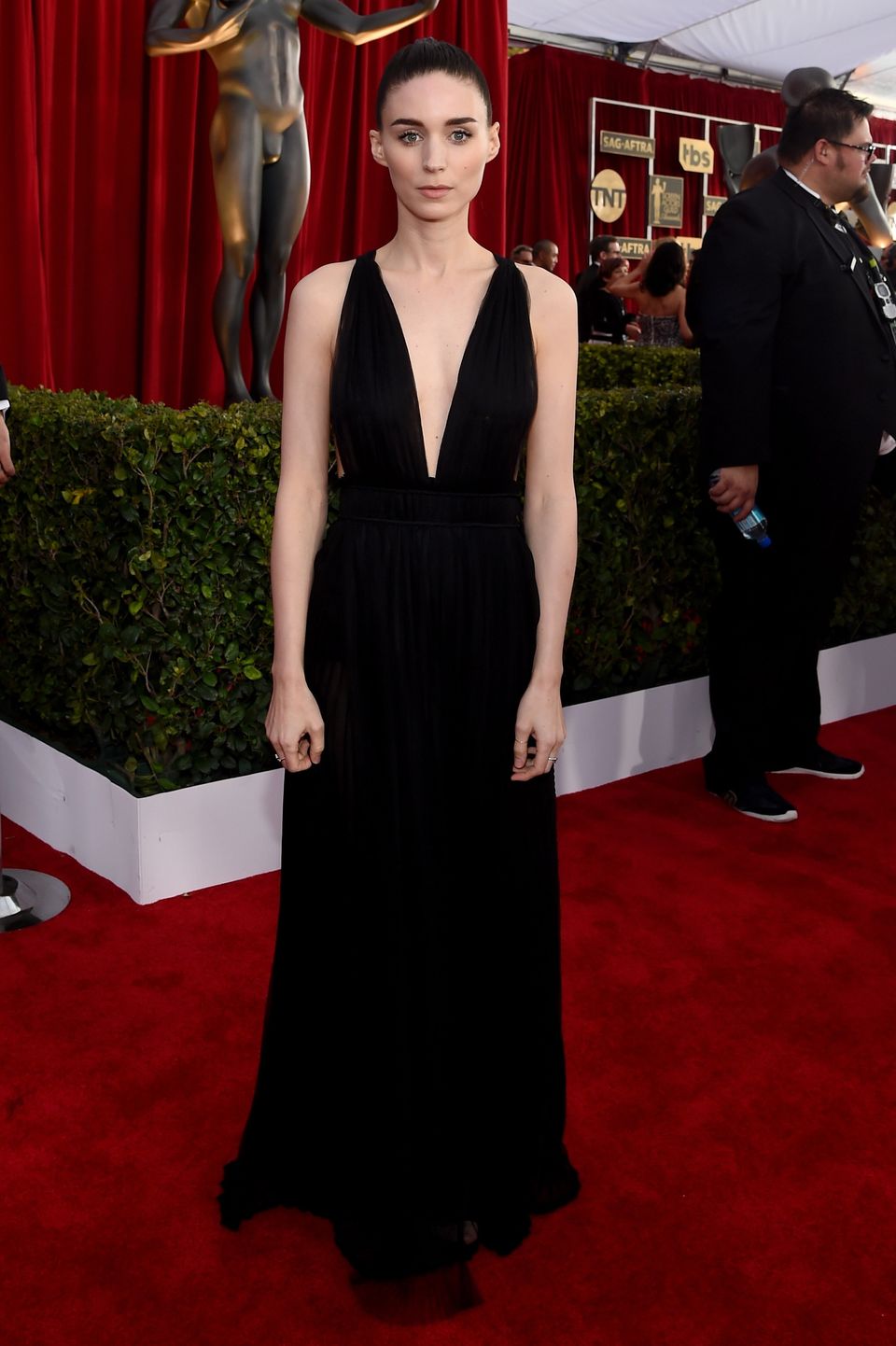