A Belgian couple that had spent the past 70 years together decided to end their lives the same way.

Belgian newspaper Het Nieuwsblad reports Leopold Dauwe, 90, and Paula Raman, 89, were euthanized Monday, surrounded by their children and grandchildren. The husband and wife, who had known each other for 70 years and were married for 64 years, said neither could envision a life without the other.

"Together we walked the road. Together we left," reads the powerful note on the pair's memorial card, according to DeStandaard.

Since 2002, Belgium has allowed suicide with medical help for terminally-ill adult patients subjected to intolerable physical or mental suffering.

Dirk Uyttendaele, the couple's son-in-law, told DeStandaard that his relatives were severely ill and that there was no treatment available. Raman was suffering from heart problems and Dauwe was slowly turning blind and had a lung condition. "Neither of them wanted to stay behind when the other would die first, and they did not have any prospect of a dignified death," Uyttendaele said. "They were tied to their beds, and their death struggle would only become more difficult over time. They chose to act before that. The entire family supported their decision 100 percent," he added.

The family explained that Dauwe had often said if he reached the point where he couldn't take care of himself anymore, he would jump in the river. Raman, however, was deeply religious and had earlier felt uncomfortable with the concept of assisted suicide. However, at the end of her life, she changed her point of view. "I'm still Catholic, but in my own way," she was known to have said, according to DeStandaard.

When patients can opt for euthanasia in Belgium remains strictly regulated. However, legislators are looking into expanding the law to include gravely ill minors and patients suffering from Alzheimers.

The possibile extension of the law, especially the inclusion of minors, has sparked controversy further controversy. Thierry Giet, of Belgium's francophone socialist party, defended the possible extension, telling Agence France Presse, "The idea is to update the law to take better account of dramatic situations and extremely harrowing cases we must find a response to."

According to AFP, there were 1,432 cases of euthanasia in Belgium in 2012, representing 2 percent of all deaths in the country. 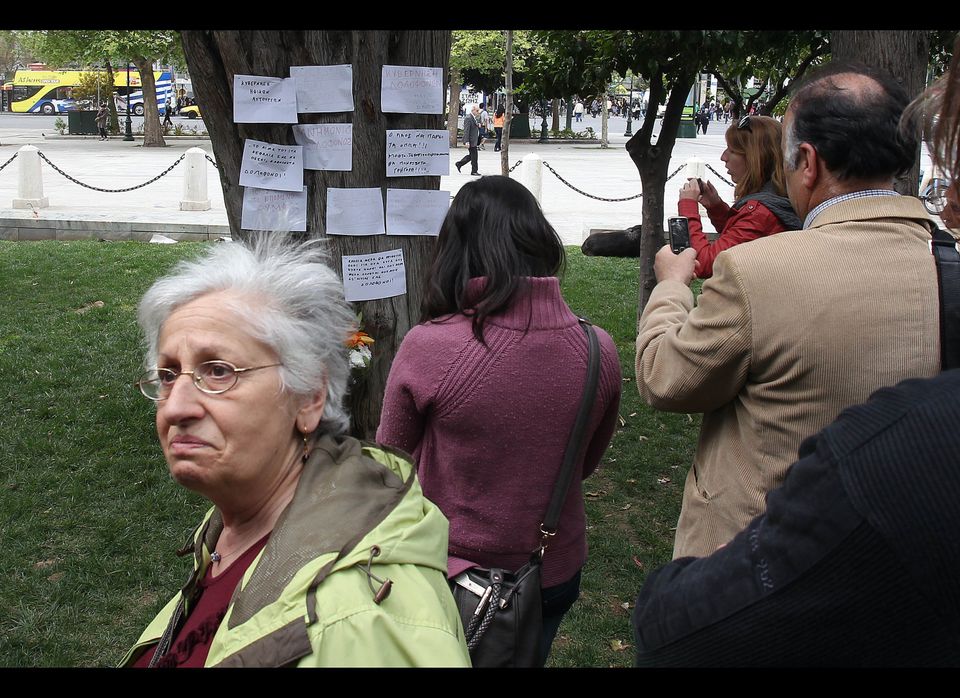 1 / 9
People gather at the site where an elderly man fatally shot himself at Athens' main Syntagma square on Wednesday, April 4, 2012. The Greek pensioner picked the busiest public area in Athens to shoot himself dead on Wednesday, leaving a note which police said linked his suicide with the country's acute financial woes. (AP Photo/Thanassis Stavrakis)
AP