One of the most important parenting decisions we have had to make so far happened in the middle of the county fair.

We were exhausted. Our house was on the market; our youngest daughter, Penny, was an infant, and our older children were still young -- ages 5 and 3. One night we decided that, in the name of providing good memories and life experiences, we would brave the crowd and the insane parking and fork over the cash to take the kids to the county fair. We pushed our stroller around barn animals and bought cotton candy and stood in line forever for ride tickets.

Nicholas, our oldest, was in seventh heaven, dragging us all with him as he sprinted from ride to ride, some of them two or three times. Our middle daughter, Abby, was too scared to get on the rides.

My husband tried to encourage her, but she kept saying no.

At first we were both a little frustrated. We had driven past these rides several times for the past few days, and each time she would beg to stop the car so that she could go on the merry-go-round. But now she had tears in her eyes and fear in her heart as she stood in front of the giant slide or next to the Ferris wheel.

As I listened to Eddie try to coax her onto the rides, my heart sank. It was no fault of his. He was being a good dad. He just wanted to show her that she could overcome that fear and have fun.

"Come on, honey. I'll be right here with you the whole time. You don't have to be scared. You can trust me. I love you."

I knew in 10 or 12 or 20 years she would hear those same words from another boy or another man, but the stakes would be much higher.

And when my daughters hear those words, as I know they will, I want them to be able to say "no" -- and say it over and over again if they have to.

Because even after they say the words there will be still be coaxing and temptation and misplaced logic, even if it comes from men with the best of intentions and with the purest of upbringings.

It is our job to teach them that they never have to do something that makes them uncomfortable.

Even if it means disappointing someone. Even if that someone is me or their father or the love of their life.

No means no. Always.

We can tell them with our words, but if they have never seen it work in practice, how can they understand?

If they have always been coaxed into doing things that they did not want to do in the name of "fun" and making other people happy, how can we expect them to stand up for themselves when it matters?

We have to show our daughters (and our sons) RIGHT NOW that we respect their "no." It doesn't matter if she is only 3 or that I know she will enjoy the merry-go-round if she gives it a try.

The York County Fair is the perfect place to practice when the stakes are low. We can plant seeds of encouragement in our girls at the same time that we let their brothers see examples of what their reaction should look like when someone says no.

I pulled my husband aside and explained what I thought we needed to do and he agreed.

Seeing the relief in my daughter's face as her daddy hugged her and told her he would never make her do anything that made her heart feel bad was worth a million wasted ride tickets.

Yes, we walked away with extra tickets, passing them on to another family who was entering the fair just as we were leaving. 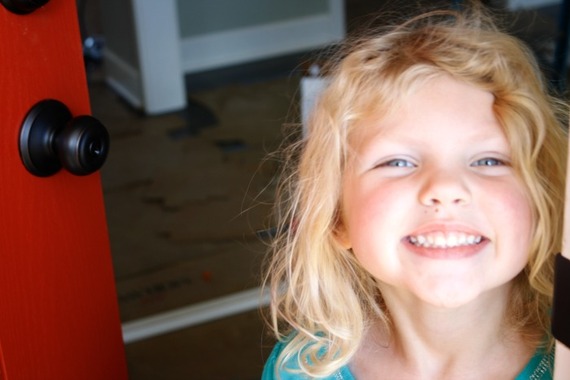