When North Carolina moms Melanie and Vanessa Iris Roy shared their side-by-side maternity photos on Instagram, they were not anticipating the viral fame that would follow. 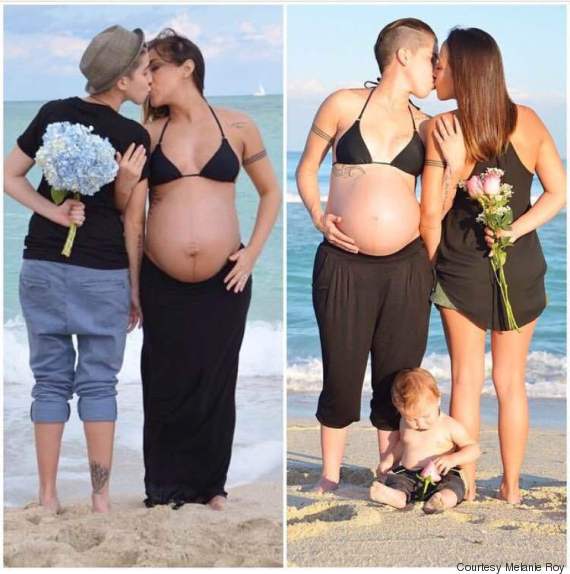 The couple took the photos one year apart: First in January 2014 when Vanessa Iris was pregnant with their son Jax, and next in January 2015 while Melanie was carrying their daughter Ero.

Though the Roys posted the photos on Instagram two months ago, it wasn't until about two weeks back that the images started reaching viral status, after they appeared on several LGBT-focused sites -- including a Brazilian advocacy group's Facebook page, where it reached over 150,000 likes.

"It's crazy to see that people were referring to my family as an inspiration. We are still in complete shock," Melanie told The Huffington Post.

The moms hope that their side-by-side photos can serve as encouragement to other lesbian couples. Says Melanie, "Vanessa and I have always said we would both like to carry."

"The woman's body is incredible. The way it creates and grows another human being is amazing. We hope that our picture is that sign that some women may need to encourage them to carry a child."