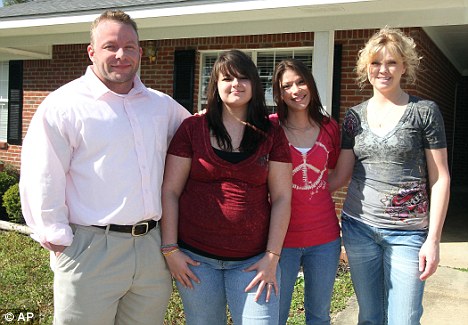 The justice system performs two functions. We ask judges to enforce the laws that preserve essential freedoms for all Americans. And we ask them to solve problems between real individuals who are directly affected by the case at hand. Sometimes the interests of justice line up with the interests of the individual parties. Even when they do not, we require judges to keep their eye on the wider affect their decisions have on the principles of justice and their enforcement.

Yesterday, a judge in Mississippi forgot this obligation.

He ruled that the high school refusing to host a prom because a lesbian student might show up with her date would not be forced to reinstate the dance. He did this despite the fact that the school ban on same-sex dance dates and requirement that girls wear dresses rather than slacks or tuxedos to dances clearly violates the first amendment.

The ACLU, on behalf of high school student and out lesbian Constance McMillen, filed for a preliminary injunction. They wanted to force Constance's high school to reverse their decision to cancel this year's prom. To do so, they had to prove that her claim against the school likely violated the constitution, that it caused irreparable injury -- injury greater than that suffered by the defendant if the injunction is granted -- and that granting the injunction would not do a disservice to the public interest.

The cancellation, according to the judge, was clearly intended to prevent Constance's attendance at the prom with her girlfriend and their refusal to accommodate a lesbian prom attendee violated the First Amendment. This is clear. Expression can encompass actions as well as words and showing up in pants with a girl on your arm in a conservative Mississippi town certainly sends a political message. The Court rightly clearly found that Constance's first amendment rights had been violated.

Violations of first amendment rights are almost always found to cause irreparable harm. This harm far outweighs the school's obligation to host a dance they were planning to host anyway, before Constance got the gumption to express her identity publicly.

Enforcing first amendment rights on behalf of a child, a member of the most vulnerable sector of society, cannot be a disservice to the public interest.

But the judge decided that, despite the blatant and offensive violation of a child's first amendment rights, it was in the child's interest to maintain the status quo because the community had organized a private end of year dance and bringing the school back in as a sponsor would be "confusing."

Perhaps there is an argument that the kids of Fulton should just proceed with their private prom at this late date and let bygones be bygones. Maybe that will be easier on the kids.

Constance might win her case in court. I think it's likely she will. But today, we all lost the chance to see justice restored and harm repaired in this highly scrutinized and difficult situation. The judge hid behind the best interests of the children and, in doing so, he betrayed all of our best interests.