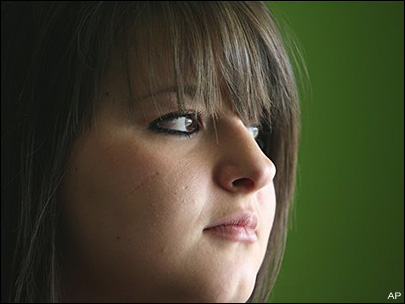 Constance McMillen's case in Mississippi has felt a few legal bumps. Her high school banned Constance from bringing her girlfriend to prom and then canceled the prom because of the hubbub surrounding Constance's protest. The ACLU attempted to force the school to hold the prom and permit Constance's attendance with her date. A judge ruled against them.

The judge's ruling found that Constance's rights had been violated, but found that, since there was an alternative open prom organized, the community would be too confused by any further changes and the status quo could stand. The judge expressly stated that one foundation for his ruling was the fact that Constance was invited to the alternative prom.

Well, today we learn that Constance, in cruel high school form, was directed to a country club on prom night along with two other members of her class (both of whom have learning disabilities) while the rest of the school partied it up in a private prom-like party. The actions of the people organizing the prom were cruel and disgusting, but not illegal since the supervision and accountability acquired from a school-sponsored prom were absent from this celebration.

We have the judge to thank for this event. I stated then, and will state again that he got it wrong when it came to this injunction decision. It was a cop out and a failure of the justice system and I, for one, am appalled at the fallout from his faulty legal reasoning.

I am appalled, but not surprised. This is why we need good judges willing to make hard decisions: because without their protection, the tyranny of the majority will always win out.