Wanting what you can't have drives many of us crazy, including this group of lesbians who seem to get quite a kick out of dating the ever-elusive straight woman.

Mo Welch, the comedian and writer behind "The Plight of Falling for Unavailable Women," said the first woman she ever dated was on the night of the woman's divorce, so she was "clearly not ready for another person."

"You have no idea how attractive unavailable women are. They are the most attractive and the most fun. It is wrong, but I'm very competitive, you know. I'm just trying to win," Welch laughingly told host Nancy Redd.

Jokes aside, some argue a dalliance with a lesbian simply allows straight women to flaunt having had a lesbian experience as if it's some sort of avant-garde novelty.

But Staceyann Chin, who wrote this piece on dating straight women for The Guardian, explained the "allure."

"I think that there’s some amount of, ‘I’m the only one that’s ever been there. I’m the one who made her do this,'" she said. "There’s that kind of sexy thrill. You know, romance is always ... kind of anti-reality."

PHOTO GALLERY
150 Years Of Lesbians And Other Lady-Loving-Ladies 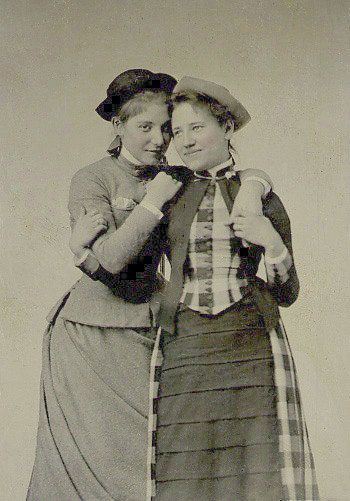