ATHENS (Reuters) - Thousands of people fled a migrant camp on the Greek island of Lesbos on Monday night after fire ripped through tents and destroyed containers during violence among residents, police said.

It was not clear what caused the blaze, but Greek media said clashes had erupted following a rumor that hundreds of people would be deported.

A police official on Lesbos said nearly 60 percent of the Moria camp was destroyed in the fire.

Tensions have boiled over at overcrowded camps on Greece’s islands as the slow processing of asylum requests adds to frustration over difficult living conditions there.

On Lesbos, the damage was “extensive, tents and containers burned down” and nearly everyone, among them unaccompanied children, had evacuated the site, the police official said on condition of anonymity. Many later returned.

A police official in Athens said two riot police squads were being deployed to the island.

UNHCR, the United Nations refugee agency, said the fire was linked in part to poor living conditions and a prevailing feeling of uncertainty among many in the camp.

“They don’t know when their asylum claims will be processed, some people feel they don’t have enough information,” said Roland Schoenbauer, a spokesman in Greece. “People are sick of waiting.”

More than 5,700 refugees and migrants are on Lesbos, stranded there by a European Union deal with Turkey preventing them going beyond the island until their asylum claims are processed. Those who do not qualify will be deported to Turkey.

Thousands have applied for asylum and the wait is long, ranging from weeks to months. Just over 500 people have been deported to Turkey since March but none of those who have requested asylum were among those, Greece says.

Despite a slowdown in arrivals from Turkey compared to last year, more than 13,500 migrants and refugees are now living on eastern Aegean islands, nearly double a capacity of 7,450.

“The situation is difficult,” Christiana Kalogirou, prefect of the north Aegean region, told Greek TV. “There is a great need for decongestion of the islands ... in the future things could become much more difficult,” she said.

Including those on the islands, there are 60,000 migrants and refugees stranded in Greece, mostly Syrians, Iraqis and Afghans who made risky journeys in flimsy inflatable boats. Their journey to northern or western Europe was cut short in March, when countries along the Balkans closed their borders. 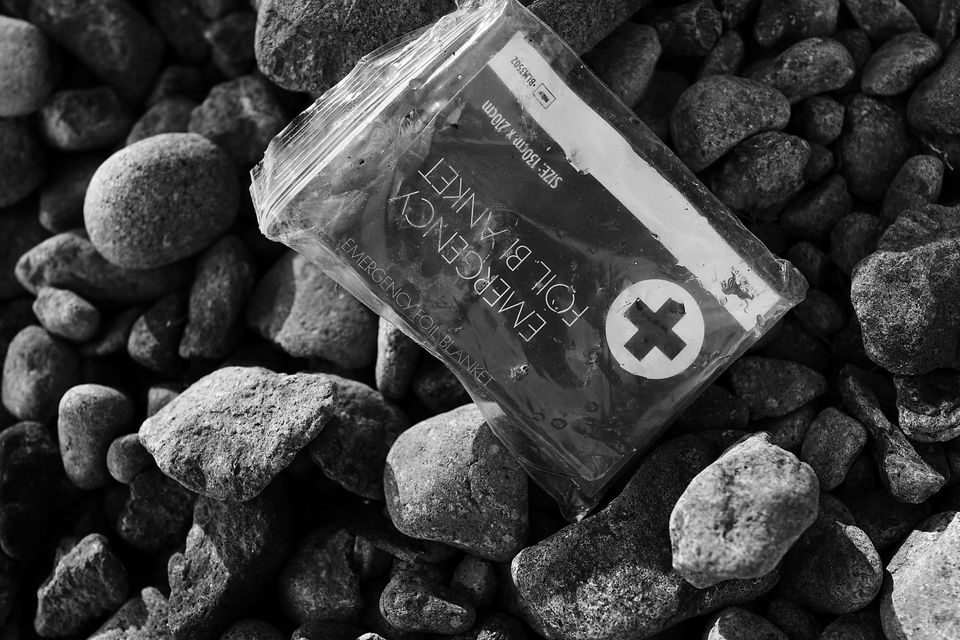 1 / 8
A package for an emergency thermal blanket.
Spencer Platt via Getty Images