The largest uncut diamond in the world failed to sell at an auction in London on Wednesday.

The Lesedi la Rona was expected to fetch $70 million at Sotheby's, but the highest offer came in at a mere $60 million, falling short of the minimum acceptable bid, the BBC reports.

The diamond, which is roughly the size of a tennis ball, is 1,109 carats and estimated to be more than 2.5 billion years old.

Diamond analyst Paul Zimnisky told the CBC that the recent Brexit vote likely affected the market for the stone.

"I think it was definitely the referendum that passed in the U.K.," said Zimnisky. "When you look at the potential bidders of a stone that's close to a hundred million dollars, you know these are wealthy individuals and investors that have a lot of exposure to financial assets that sold off last week with that news."

The Lesedi la Rona means "our light" in the Tswana language of Botswana, according to Reuters. 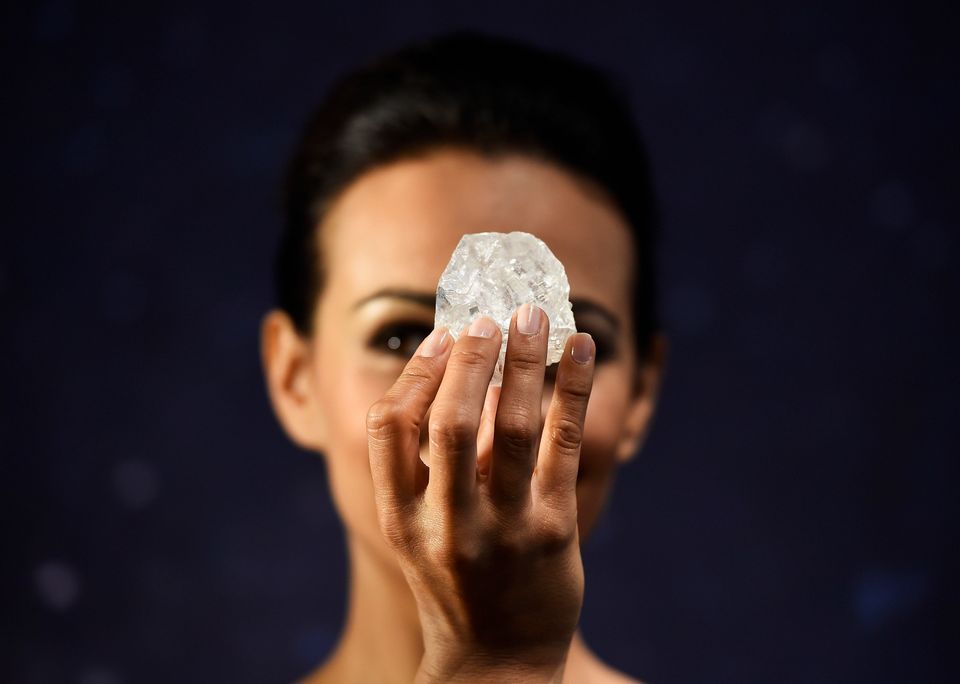 1 / 5
A model shows off the 1,109-carat "Lesedi La Rona,"&nbsp;the largest gem-quality rough diamond discovered in over 100 years, during a sale preview at Sotheby's auction house in London.
Dylan Martinez / Reuters