Today we are all saddened by the passing of Leslie Nielsen, the dramatic actor better known for his later comedic roles in such movies as "Airplane!" and "The Naked Gun."

While fondly remembering him today, we came across this front page from Chilean newspaper La Últimas Noticias that proves Americans aren't the biggest fans of Nielsen's work. LUN dedicated their entire front page today to the late actor, including this hilarious photo of him from "The Naked Gun," which apparently Chileans call "¿Y Dónde Está El Policía?" or "Where Are The Police?" We had no idea Chileans were such big fans, but we're sure glad they are if just for this great tribute. (Via Newseum) 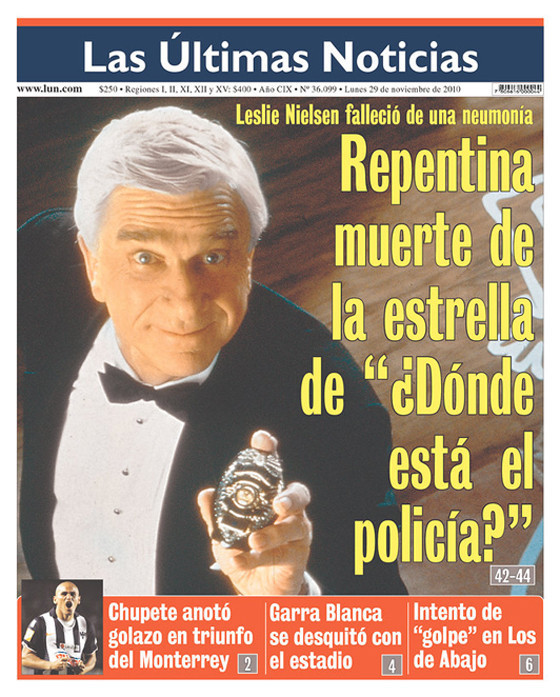