Television has never been an amazing source of three-dimensional female characters. For decades, the medium has relied on one-note stereotypes: the good girl, the temptress, the rebel, the know-it-all. But in the past few years, a new crop of shows -- "The Good Wife," "Orange Is the New Black," "Transparent" -- has emerged, showing that realistic women actually blur these lines.

And now there may be one more to add to the mix, in light of the recent announcement that acclaimed "Bachelorette" writer-director Leslye Headland (who cites those aforementioned series as inspiration) has a script commitment from NBC. She will collaborate with Cosmopolitan Editor-in-Chief Joanna Coles on a single-camera comedy about a failed political blogger who reboots her life as a sex editor at a women's magazine. After the news broke, Huffpost Entertainment spoke with Headland -- who, regardless of this particular project's future, will likely continue to be a big voice in television, film and theater -- about the origins of the pilot, complicated female characters and life's transitional moments. 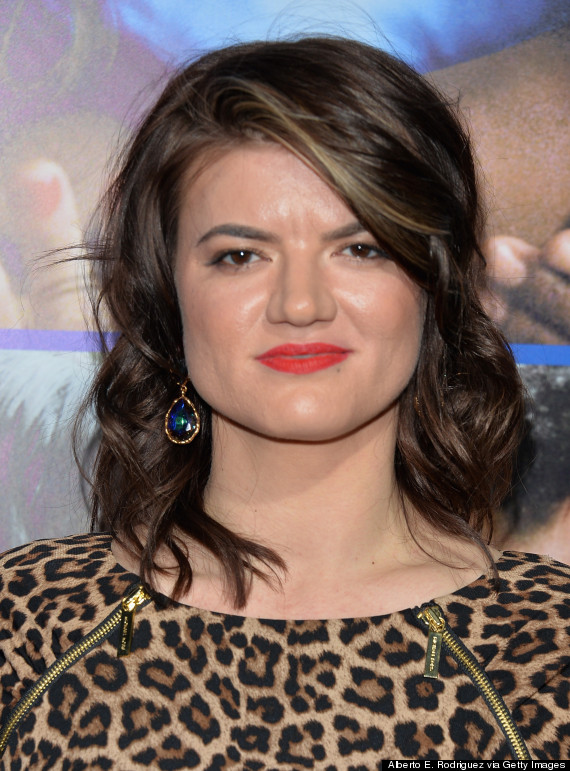 Tell us a little about the genesis of the Cosmopolitan project.
It really came out a meeting of the minds of Joanna [Coles] and I. Dave Bernad ["Enlightened"], who's a producer I've always wanted to work with, was quietly developing a show and they were looking for a writer. And he said, "You know, I just think you and Joanna would really hit it off. I think you guys should get together and chat." I went in to meet her and instantly fell in love. I knew who she was, and I knew Cosmo very well because I grew up reading it; Helen Gurley Brown is a personal hero of mine. I think her brand of feminism is exactly my brand of feminism. And I feel like Joanna, in and of herself, all the stuff she does but even just the way she talks, a lot of her pull quotes and stuff like that, it's the way I talk. "The most powerful weapon against misogyny and sexism is comedy. I really, truly believe that." Except that I'm, you know, a chain-smoking writer, and she's, like, a charismatic elegant woman.

We just starting talking a mile a minute and it went on for like two and a half hours. Then I embedded there. I sat in on a bunch of creative meetings, and went to a couple fashion week things and really got to start to see the world. So, it became, what kind of story do we want to tell and what kind of show do we feel like will represent the modern woman? The way the employees talk about the readers at Cosmo is so beautiful. It’s the way I talk about my audience, specifically my female audience. I’m always thinking, it’s not just about, "How do I get this thing?" It’s like, "What do I want to say to her?"

How would you describe this woman that you're imagining?
I guess, it's just somebody who feels the same things that I feel. I think it’s very hard to navigate the world out there as a woman today. I think it's always been pretty hard, but I think it's a little tricky right now. I just want to poke fun at the things that make us anxious. I just wanna pick out these anxieties and say, you know, these are actually pretty funny. We don’t have to take them quite as seriously as we’ve been sort of taught and conditioned. The most powerful weapon against misogyny and sexism is comedy. I really, truly believe that.

What do you think makes it specifically tricky to be a woman at this point in time?
I think right now it’s a little scary to call yourself a feminist. And I understand that. Like there’s this strange idea that if you claim that, that there’s something undesirable about you. And something that Cosmo has always sort of done -- and even to the point where it can get parodied because of it, which I think is pretty funny, and also the highest form of flattery -- is that you can own your sexuality. You can own who are and what you look like. You can actually embrace some materialistic things and still care about yourself and protect yourself and be a woman in this society. It doesn't have to be one or the other.

The lead in the upcoming show leaves her political blogging job to become a sex editor. Is she grappling with these ideas? What makes her make this transition?
Absolutely. I loved the idea of having a character who was in that return-to-Saturn kind of place. Like, wait a minute, I need to start my life over. This other thing isn't going to work out the way I thought it was going to. I had this particular idea about myself and who I was going to be and now I have to start over. "Don't manufacture your identity, actually let it come out and be what it is."I just love characters who have to rethink what their identity is. That is just like my favorite, favorite thing.

It’s something that we, especially as women, are sort of forced to pick. It’s like you’re a good girl or a bad girl, you're this or you're that. I love writing female characters who go, "I’m not quite sure what I am, but I do know that this thing isn’t working anymore and I wanna do this thing." There's this great expression: "Cultivate in yourself what others criticize, because that's style." That was something I brought up during the pitch. I was like I think this is about someone realizing that the parts of themselves they might be embarrassed by -- especially sex, which is what she gets put in charge of -- are actually the things that make you who you are. Don't manufacture your identity, actually let it come out and be what it is.

On a societal scale, do you think women's magazines help or hurt women? A common criticism might be, for example, that they uphold a very narrow standard of beauty.
I had this experience when I was promoting "Bachelorette," and when I first started to screen the film, they were like, "These girls are so mean." And I was like, "Well, yeah, they’re complicated characters, they really uphold these superficial values, but what they realize is that you can sort of be a multifaceted person." Like, you can be superficial and deep. The idea that women can be multifaceted and not one or the other was something that was so foreign to people that were interviewing me. It was like, well its either one or the other. They’re either assholes or they're not. And I was like, we never ask that about male characters. Do you ever think that maybe the audience would be discerning enough to decide which part of the characters they think are cool and which parts of the character they think are disgusting? Why does it all have to be one right across the board? I think that its a little bit of the chicken or an egg thing. It's like, are [women's magazines] upholding that? Or is that something that was already there? Are women just smart enough to discern whether or not they want to wear what they're gonna wear? Isn't that their choice? What they want to do?