I was in a bit of a funk recently, and I couldn't quite put my finger on why until a friend suggested that perhaps I was burdened with too much information. My work with the Crisis Group and the International Rescue Crisis were daily reminders of how chaotic and unstable our world can be. Indeed, today's conflicts have a dangerous new feel to them, with multiple state and non-state players exercising widely conflicting agendas. We are experiencing an unprecedented refugee crisis with no near-term end in sight that threatens to destabilize entire continents. Wealth inequality is at an all-time high. And to top it off, some of the American election campaign rhetoric is enough to make one consider moving to the South Pole. The world is on a dangerous path and leaderless. So, is it best to be blissfully ignorant or worse still, surrender to an "inevitable" outcome? Perhaps, but I can't help but feel that a lot of the world's woes can be fixed. 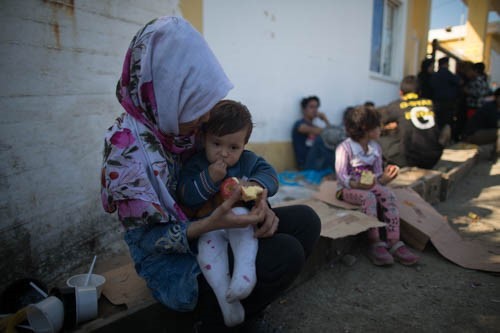 To begin with, some of the more serious conflicts in the world are being fought along religious lines. The fact of the matter is that wars have never been about religion. Religion is merely a cover or a tool used by power seekers to galvanize other people to fight their battles.

It's a much simpler sell to convince people to sacrifice their lives just to be on the right side of a God, than trying to explain the finer points of geopolitics, power and access to resources.

Sadly, on all sides, the men that declare war, have for the most part, never been in battle. For most of them, a pheasant shoot is the closest they have been to blood and massacre. Yet they freely send other people's sons into battle and don't give much thought to the mayhem and suffering caused to ordinary citizens that are stuck in the middle of these campaigns. They freely authorize politically safe bombing campaigns, knowing full well it won't eradicate the enemy and then shrug their shoulders when the result is a refugee crisis of epic proportions. It's so impersonal and careless. It amazes me that here we are in the 21st century still believing that there is a God up there who is picking sides. That we have extremists of all faiths that believe only they possess the absolute truth. That God chooses between Christians, Muslim and Jews and worse still, between Shias and Sunnis. It's embarrassing to listen to the U.S. Election debates where candidates are arguing who is the better Christian! Is a Presbyterian a better Christian than a Baptist or a Seventh Day Adventist? It's ludicrous. God would need a glossary and a score card just to keep tabs on which religious group he ought to be backing. I am afraid that future generations will look back and see us not as we see ourselves, enlightened and advanced, but for what we truly are, still tribal and primitive. And the ongoing mistakes we make are not due to a lack of evidence from historical patterns. History is replete with the same reoccurring patterns and tragic outcomes. Yet, we seem to have learned nothing in 5000 years of recorded history. Our history books only serve to collect dust.

The fact of the matter is that throughout history, wars have always been about power or economics. Regardless, what kings, presidents or terrorist leaders tell their people, wars are about valuable things regimes either covet or want to protect. If you are ever confused about a conflict, just follow the money. While religious beliefs help in drawing battle lines, they are not enough to recruit the requisite number of soldiers needed. Regimes need other fertile conditions to recruit from. What they need is a population that believes that they have been subjected to either an economic injustice, some form of disenfranchisement, or that they are in imminent danger. Without fear or despair, most people would be reluctant to take up arms.

I believe strongly, that the biggest problem we have today, is far too much inequality. 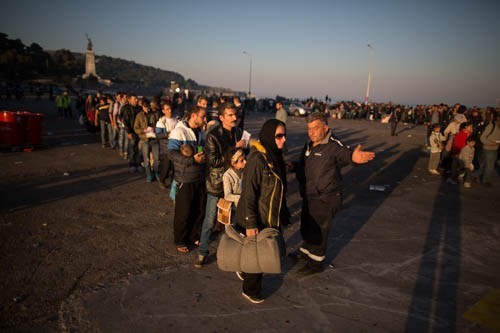 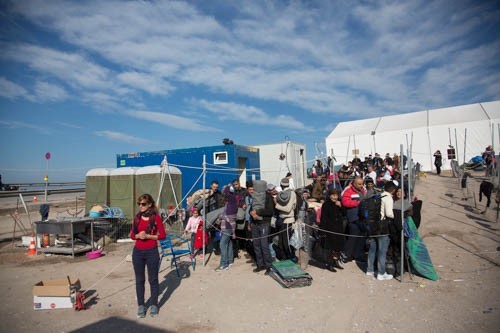 Too many people feel disenfranchised and without hope. And they make easy prey for those that are recruiting for war. When people lose hope they turn to those that provide simple solutions and demagoguery. In our part of the world, they turn to dangerous clowns posing as leaders and in more desperate parts of the world, they turn to violence. Painting entire populations as evil may seem efficient if one is selling their leadership skills as the solution, but it is also the most counterproductive thing you can do.

Yet, despite all of this bad news at the macro level, I see constant reminders at the micro level that give me cause for hope. I have found that the majority of people, ordinary people, from all over the world, are kind and compassionate. We are all pretty much the same...same hopes, dreams, love of our families and communities. Yes, the overwhelming majority of people, whether they be Africans, Europeans, Asians, and yes Syrians, want to live their lives pretty much the same way you and I do. Almost no one wants conflict...no one!

My other observation is that it's the everyday people that seem to have the most compassion and generosity to help others. Time and again, the ones with the least demonstrate the most willingness to give. They give more and more often than wealthier people. At a time when the wealth gap is widening at an alarming rate, it's appalling that there are still far too many billionaires that don't give enough. Many prefer to party in extravagance, often right next door to where the most of these tragic events are taking place.

Dear Rich People: So what would it take to cheer me up during this holiday season? I wish that all those great everyday people from around the world would use their voice to demand more of their leaders and demand more from the ones with the means to lend a helping hand. It's amazing how effective a public shaming can be when the outcry comes from enough people. It's impossible to mandate compassion, but very few leaders and billionaires would bear being singled out or ostracized if the public spoke in unison against their policies and behaviour.

It's time for the silent majority to be less silent.