Americans are a bunch of prudes when they go to bed, according to a new study.

Less than one in 10, or eight percent, of Americans sleep naked, according to a poll of 3,700 people by linen and home décor company Anna's Linens. Reportedly, 74 percent of Americans wear pajamas to bed, and the rest wear "something else," according to the company, which is based in Costa Mesa, Calif.

The company also found that many people don't remember their dreams. More than half of the respondents said they could recall less than a quarter of their dreams, while about 10 percent said they remembered nearly all their dreams from the previous night's sleep.

And why, you ask, did a linen company conduct this poll? Here's a clue, from the CEO, Alan Gladstone.

"We were surprised eight percent of our respondents admitted to sleeping naked. For that group, we suggest our 100 percent Egyptian cotton sheets," Gladstone said. "They feel great against the skin."

However, there is one upside to the masses sleeping clothed. According to Travelodge, the incidence of naked sleepwalking, which occurs almost exclusively among its male guests, has increased sevenfold in the past year. 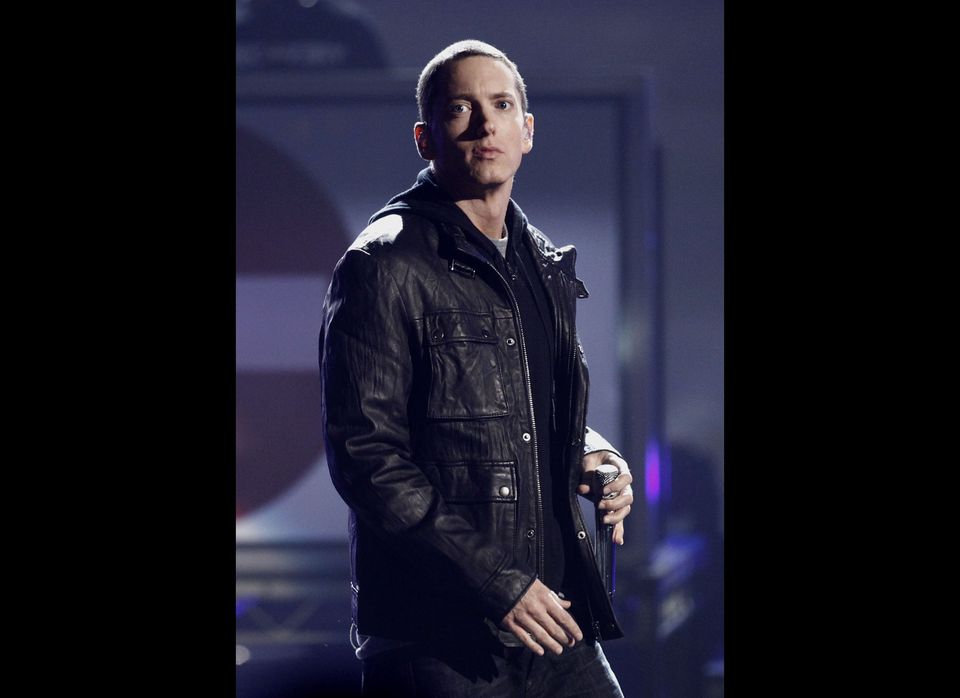 1 / 6
Eminem
Sleep experts often recommend black out shades to keep rooms dark and promote quality rest -- but rapper Eminem reportedly takes that to a whole new level, wrapping tin foil around the windows to keep the light out, <a href="http://www.thesun.co.uk/sol/homepage/showbiz/4305979/Eminem-asks-for-tinfoil-to-be-wrapped-around-windows-so-he-can-sleep.html" target="_hplink">according to <em>The Sun</em></a>. <br><br> "He uses the technique as he's always jumping time-zones," an anonymous source told the UK paper.
AP