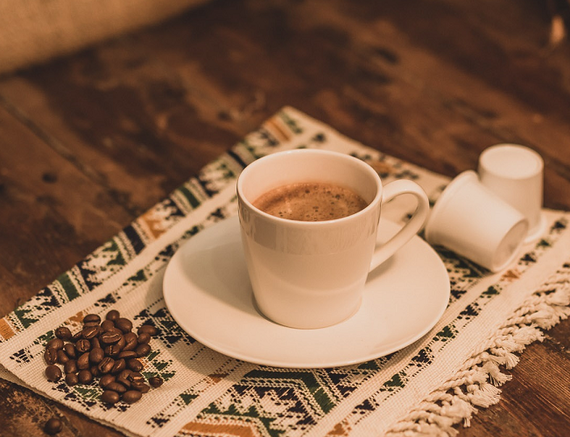 I dare to ask coffee lovers, every barista, all caffeinated editors and journalists in the media and everyone in the coffee industry to stop ignoring the reality of the more than 26 million coffee farm workers, with more than 100 million dependents, who produce our coffee. Most of them live in poverty, or extreme poverty. There are 250 million people whose livelihood depends directly or indirectly, totally or partially, on the production of coffee in coffee growing nations.

The price we pay for so called : 'fair trade', 'ethical' or 'sustainable' coffee in the United States, Europe and Canada includes less than one cent per cup to help eradicate poverty in the coffeelands. The premium for coffee farmers in 'ethical' or certified coffee is less than 1/3 of a cent per cup. Coffee farm workers receive even less than that because part of the premium is used for other purposes related to the cooperatives and the coffee plantations.

According to the SCAA there is hunger in the coffee lands, read their report. The fact is that there has been poverty and extreme poverty in the coffeelands for centuries. Everyone in the largest side of the coffee industry has known about that from day one and remained indifferent. In the colonial days, the colonial powers and coffee traders promoted plantations in the coffee belt using slave labor, workers received basic food as payment for their labor. Today major coffee companies seek extremely poor mountain regions, with abundant cheap labor and the best land, to create new coffee plantations as they are doing in South Sudan, the rest of Africa and even in China. They did that in Vietnam just a few decades ago. Their success for eradication of poverty is more than questionable.

Eradication of poverty in the coffeelands requires transparency, entrepenurial vision, a real sense of mission and a Henry Ford like approach, not a George Clooney PR stunt. The coffee industry is booming in developed nations generating tens of billions in profits and taxes but very little shared value reaches the coffee farm workers and their families. In too many coffee regions with so called 'fairtrade' or 'ethical' labels only one in twenty girls graduates from high school. How can that be called fair, ethical or sustainable in the XXI century?

Henry Ford decided more than a 100 years ago (in 1914) to pay his workers US$5 per day. Too many other employers thought he was crazy but he knew he was jump starting the middle class. The very same middle class that would be buying cars and owning the homes that others would build, buying the products that others would manufacture and sell to them. Henry Ford changed the world!

Today there are still people working in coffee farms for less than US$5 per day, they do not dream of buying a car, they have no roads, millions do not even have a proper roof protecting them, too many do not have toilets and lack running water. Millions suffer hunger for several months a year. The buying power of US$5 from 1914 is US$120 today. Five US dollars of 2015 would be equivalent to US$0.21 in 1914. Henry Ford would not believe that anyone is paid today less than US$0.21 (of 1914) per day.

Since coffee is such an essential part of the lives of more than a billion of us, we consume together more than 52 million pounds of coffee per day. Coffee lovers could have more financial impact in coffee regions than all foreign aid combined if we demand coffee companies, everyone serving coffee and even the smallest independent coffee shops to invest "10CentsPerCup" in the eradication of poverty in coffee growing communities. This REAL shared value system could eradicate poverty in one generation and jump start a rural middle class in all coffee growing nations. It could literally change the world !

It is important to point out that all the leaders and journalists from developed nations who attended the United Nations Global Goals summit in New York, claiming to support the Sustainable Development Goals, to end poverty, contribute with less than one cent per cup of coffee they drink to help achieve those SDGs in coffee growing communities. It is appalling !

I hope that coffee lovers will join those of us who believe in real shared value (@cafeforchange) and want to put an end to the exploitative model of less than 1 cent per cup of coffee with @10CentsPerCup to help eradicate poverty.