How could anyone do that? It's a question that burns in us after the dreadful slaughter at Pulse. Now we have a clue.

Witnesses say that Omar Mateen, the shooter who took 50 lives including his own in the worst shooting rampage yet, had been a regular at the gay nightclub. You can see a video clip here of fellow Pulse patron Jim Van Horn, talking about Mateen's attempts to pick up men.

What was the difference between Van Horn and Mateen? Evidently, self-hatred. A revulsion with gayness so overwhelming that it was projected onto the lives of everyone in Pulse that night.

And where could such self-hatred come from?

And where does Islam get its rejection of homosexuality? From its central text, the Quran. 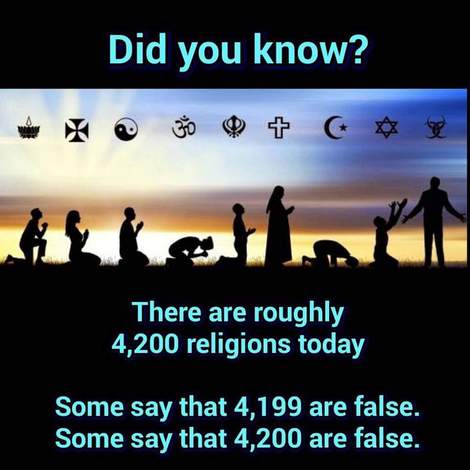 Islam claims that the Quran was dictated by God, but scholars know that the trail doesn't end there.

Much of the Quran is a rehash of the Old Testament, which Muhammad learned from rabbis.

Whatever Mateen's motivations, the ultimate source of conflict between gay sexuality and Islam is Old Time Religion, the universal set of authoritarian, oppressive ideas that draws its power from the lie that God hands down rules to certain people at certain times and places.

You can work this out for yourself. Just ask: why would an all-powerful deity pick a certain time and place to hand off ambiguous, self-contradictory rules for life, leaving the majority of humanity to rot in ignorance for many centuries to come? Why would he do this when he could just as easily communicate with every single human being?

Could human beings simply have invented Scriptures? We know they could, because there are so many. But if one Scripture is right, why would God allow so many, including the Vedas, the Pentateuch, the Analects, the Adi Granth, the Gospels, the Pali Canon, and of course the Quran, to float around the world, leaving generations of well-meaning people stuck with false guidance? How could a just God do that?

And finally, how could he forget to dictate something about texting while driving?

So, before the neuron bomb goes off in anyone else's head, let's extinguish the lie: Scripture is not the Word of God. It may be inspiring literature, but it contains ancient, local and often malignant ideas about morality. If its purpose was to make people good, it does not work, and it never has. Today, it causes vast amounts of unnecessary anguish, misery and violence. Time to move on.