The skills passed down by a father to his children are invaluable. It’s more than just how to switch a fuse or properly complete a 1040 form, which we recognize are lessons moms often teach, as well. We cherish the less-used but just as pertinent know-how only Dad would share. Wasn’t it he who explained how to avoid embarrassing yourself when ordering a Chicago-style hot dog (no ketchup allowed) and told you all about the significance of Han Solo shooting first in “Star Wars”?

We’ve partnered with Energizer to compile this list of some of the best things dads teach their kids. We may have forgotten it was he who taught us these gifts, but we’re genuinely better people for knowing how to properly eat -- and spit -- sunflower seeds.

How to sleep outdoors. 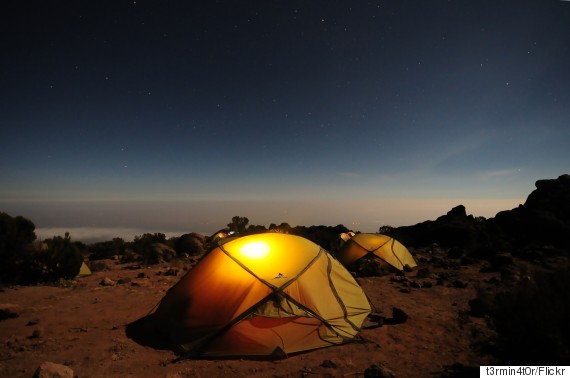 Lots of us remember camping trips with Dad when we were kids. While it was good fun most of the time, trying to sleep on the cold, rocky ground while mosquitoes ate you alive wasn’t the most comfortable way to snooze. But with practice and Dad’s encouraging “fresh air” attitude, you got used to it: You learned to be so active during the day that by the time you snuggled into your sleeping bag, you were so tuckered out that the root under you head may as well been a pillow.

How to catch lightning bugs and the importance of preserving life.
Catching these flickering, floating lights was a whimsical backyard experience, and Dad was right there to demonstrate how to do it. Then he taught you about how fragile life is and the responsibility you have to preserve it: Just because you can smash a lightning bug and smear its fluorescent hue across the sidewalk doesn’t mean you should.

Handkerchiefs are disgusting, but sometimes useful. 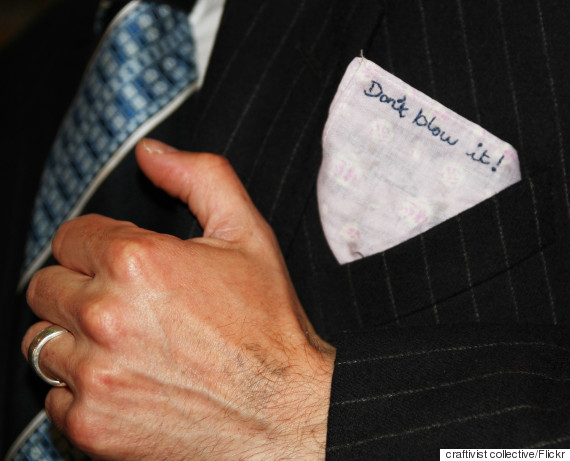 Handkerchiefs may be balled up rags of snot. And at times you were a little disgusted that Dad carried one, but were glad he did when you needed it to dry tears, contain an unexpected bloody nose, or dry off a wet stadium seat after a rain delay.

How to dance using only the parts of your body from the waist up.
You’ve never known anyone else to so accurately convey his joy and excitement through dance with only using his upper body. Especially the arms, which are usually flailing in all directions with index fingers waving proudly.

How to order steak at a restaurant (i.e., as rare as they will allow).
Dad firmly believes that nothing tastes worse than overcooked meat. If you’re going to order a steak, you should eat it perfectly marbled, seared on the outside and red all the way through.

How to measure with your feet.
It could be the distance from the pitcher’s mound to home plate, the size of a room or a piece of furniture, or the winner of horseshoes.

Shopping carts are meant for racing. 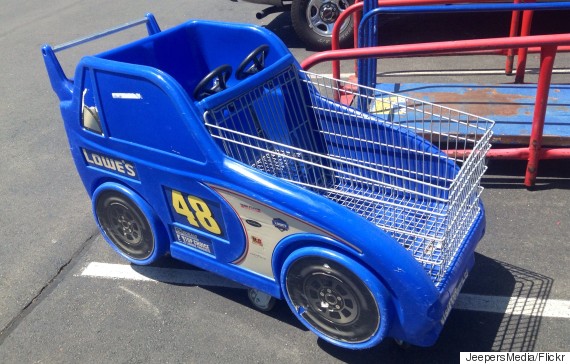 Dad knew how to make a trip to the grocery store exciting. More often than not, picking up paper towels and bananas included sitting in the basket of the cart while he pushed at race car speeds.

There is an ideal blanket-to-pillow ratio for building a fort in the living room.
And sometimes the perfect fort requires chairs from the dining room and encyclopedias from of the book shelves.

... And the only purpose of a throw pillow is to build pillow forts.
You don't actually sleep on them. In fact, you pull them off the bed before crawling under the covers. So, really, they're only good to fortify your forts.

Keep your eye on the ball -- literally and metaphorically.
From little league to academia, it was his mantra. Living by those words of wisdom, you batted .450 and graduated with honors.

How to fall asleep anywhere.
At the Thanksgiving table as everyone else finished coffee and dessert, in the middle of a Broadway musical, or on the side of a mountain (refer to the first item on this list) -- if he’s sitting down, there is a 100 percent chance that he will fall asleep.

There are very few things in life that will give you greater pleasure than being outside on a beautiful day. 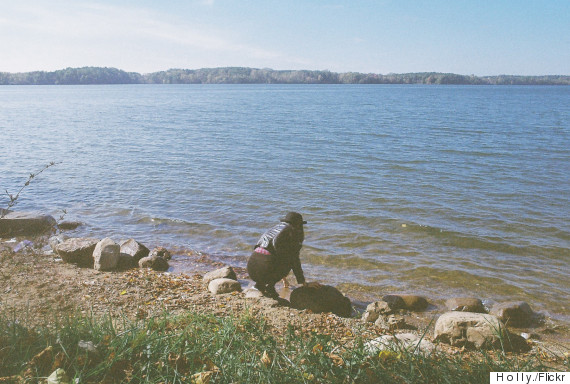 Is it raining? Go outside and play. You’ll thank yourself later.

How to make a tornado in a box and other amazing science fair projects.
Dad demonstrated the coolest experiments and shared the most mind-blowing observations science had to offer. Sometimes it was stargazing through a telescope and mapping out constellations. Other times, he got out the toolbox and the two of you built a tornado in a box that put last year’s baking soda volcano to shame.

Why “Hoosiers” is one of the greatest movies of all time.
Or maybe it was “The Princess Bride” or “The Godfather.” Either way, he introduced you to great films that not only gave you points of reference within pop culture, but also opened your eyes to great art and storytelling.

Shoveling snow and mowing the lawn is a great workout.
Every weekend in the scorching heat of summer with a push mower, in a two-hour span only the front lawn was finished and you had sweat half of your body weight off. Shoveling in wintertime generally had the same effect. The multiple layers of clothes acted as both insulation and sponge, soaking up perspiration from all the heavy lifting. Having chores also taught you responsibility and stuff, too.

Lift with your legs and not with your back.
Dad shared this morsel of sage wisdom while laid-up the couch after he and your uncle moved your grandmother's antique armoire. File this one under another Dad favorite: "Do as I say and not as I do."

You have to earn your Monopoly win. 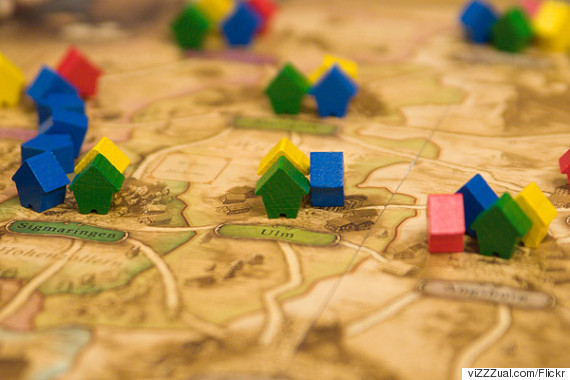 No one will ever let you win in life, therefore, he was not going to let you win at the Game of Life, nor Clue, nor Scrabble.

A great meal at a local diner can be just as good as (and sometimes better than) any meal at a fancy, three-star restaurant.
Sometimes the most expensive doesn’t always translate to the best. A turkey club and dill pickle at the deli around the corner is as good as an unpronounceable dish at the French restaurant downtown.

On road trips, never leave home without going to the bathroom and packing a cooler full of drinks and snacks.
This was to avoid making too many stops on the road, however, Dad didn’t account for the fact that easy access to the contents of the cooler requires additional bathroom stops. Then again, bathroom stops are free. The large soda and burger at the next exit is not. So maybe he had it figured out, after all.

Dad will always love you. 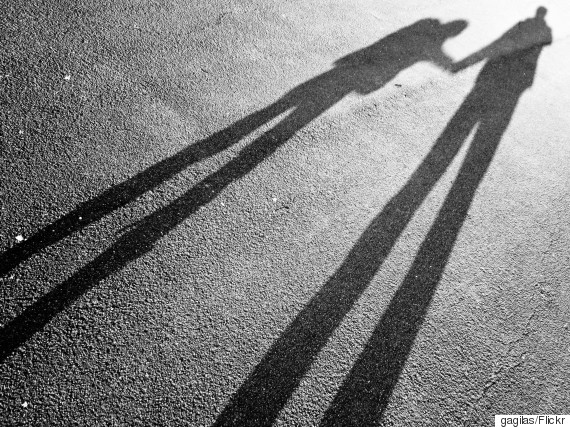 Even if you disagree on politics, religion and parenting, he still loves you.

Whether it’s camping in the dark, walking the dog at night or making a late night snack together, make Dad a hands-free hero with the new Energizer headlights.