A friend of mine commented recently that everyone looks good at twenty-two. He's (almost) right.

There's no denying it. There's something captivating about youth itself. Youthful hair is good; it's full and dark - or full and blond as the case may be. Youthful skin is clear and unblemished. But that's just the physical dimension. What's most compelling about youth is that it calls to mind what is not yet known. 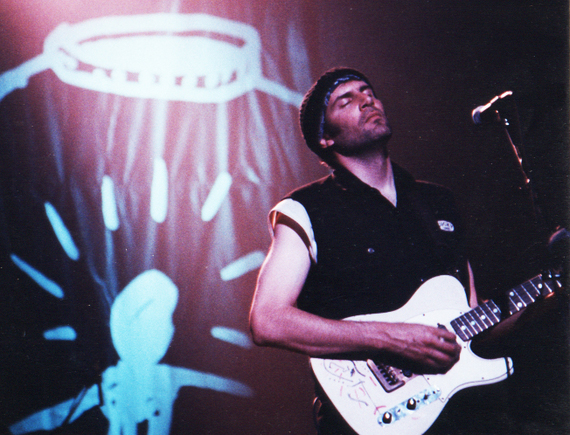 There is promise hovering over the young, the promise of what might be, of what is yet to happen. Promise is itself, a form of beauty, of mystery. Those of us who are no longer young don't have that particular sort of mystery going for us any longer. What we've become is already known. By the time we've hit our mid-thirties what we are destined to be has largely been identified. The curtain has lifted and there we are, in our all glory or our ordinariness, for the world to see. Our trajectories have pronounced themselves, our potentials have already actualized, and categorically, whatever points one gets from the enigma of simply being young are not available once we've become un-young.

That advertisers use youth to promote their wares is no surprise. That they purvey an idea that youth is the ultimate stage in life, the most virile, the most fecund, is well known. The problems that accrue from this are subtler however. Without some way of protecting oneself from the onslaught of this idea of
youth-as-everything, it's likely that many of us who are un- young will fall prey to them and to their depressing consequences.

What happens to many people (and I freely admit, I'm hardly immune,) is a rampant striving to keep up, a furious and futile mobilization of our energies and resources. And yet, all our scrambling amounts to nothing more than a squandering of precious time.

Look around at all the images. The ones on the side of the bus, the ones coming up on your computer right now, the ones on television and even the ones in the pre-flight safety video. Everyone is young. Everyone is vibrant and happy and exulting in their very youthfulness. And so we, who are un-young can scarcely help ourselves from trying to be like them. After all, aren't the great minds telling us we need to try?

But here's a problem: If we're trying to be something we're not, attempting to be something other than what we are supposed to be, then what we are responsible to contribute to the world goes unfulfilled and everyone suffers as a result. I'm not saying there's a conspiracy against people who are no longer twenty-two, but I am suggesting that it's a good idea to be cognizant of the forces that are, intentionally or unintentionally, promoting one group (the young) over another group (the un-young).

When I was twenty-four, just after my dad died, I got into an argument about something or other with my mother. I can't remember exactly what it was I said; something about how the way she was living her life at the time, (what a total asshole I must have been. She was grieving after all...) But at one point she just looked at me and said, "You've never had children. You're only twenty-four and you know nothing about life." I was thoroughly chastened. She was absolutely right. Compared to her, I knew nothing about life.

And so remembering that, I take solace in this idea and I hope you will too... And I say this as tenderly and as empathically as I can to all my young friends:

'No matter how good you look at twenty-two you probably don't know jack-shit about life, (of course there are the rare exceptions.) But how much can you know? Most likely, you haven't had children, or lost parents, or friends, or jobs. Most likely you haven't experienced the pain of seeing your physical powers wane. And because you are young, you haven't felt the exquisite joy of making sense of time itself passing by... and then, only beginning to learn what is most real and what is most precious. It's a paradox that only time gives you time. Time alone is what gives you space to process all the stimuli and life-lessons that another two or three decades on this planet will provide you with.'

Now for those of you who look into the mirror and see only the lines and the grey and then reflexively, (rather than deliberately) interpret those things you see as negatives, take stock in the idea that the ubiquitous images of youth are only that. They are images. Images conceived by people who are not trying to make the world better or more truthful or more harmonious. The people who do this kind of thing are simply trying to sell you stuff. And the irony of it is that most of it is stuff you wouldn't give a damn about if you gave even a moment's thought to renewing trust in yourself, and in developing a sense for a kind of beauty that is deeper and more powerful than anything the image-makers can proffer.

So next time you're feeling un-young, look to the things you've learned and the valuable life you've created for yourself and for the people closest to you. Even my friend would have to admit... that looks pretty good too.