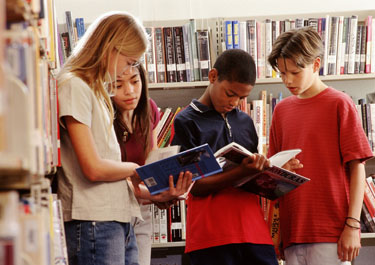 The process of moving an educational innovation from a good idea to widespread effective implementation is far from straightforward, and no one has a magic formula for doing it. The William T. Grant and Spencer Foundations, with help from the Forum for Youth Investment, have created a community composed of grantees in the federal Investing in Innovation (i3) program to share ideas and best practices. Our Success for All program participates in this community. In this space, I, in partnership with the Forum for Youth Investment, highlight observations from the experiences of i3 grantees other than our own, in an attempt to share the thinking and experience of colleagues out on the front lines of evidence-based reform.

This blog is based on an interview that the Forum for Youth Investment conducted with Janette Klingner and Alison Boardman from the School of Education at the University of Colorado Boulder (CU). They are working closely with Denver Public Schools on an i3 validation project focused on scaling the Collaborative Strategic Reading (CSR) instructional model across middle schools. As lead partners in a district-led initiative, the two reflect on the dynamics of collaborating across research and practice, as well as the critical importance of embedding new practices within existing district infrastructure. Some of their lessons learned are summarized below.

Project "home" matters
Unlike many i3 projects, the CSR grant was submitted by and awarded to Denver Public Schools, with the university as a subcontractor. The project "home" has influenced dynamics in important ways and at multiple levels, beginning with a basic level of buy-in and ownership that is not always present in school improvement projects and studies that the CU team has been involved in. In university-led projects, as Klingner pointed out, a district can simply decide to back out for any number of reasons. Though there are obvious downsides to "outsiders" coming in with an intervention for people to adopt, being district-led as opposed to university-led hasn't necessarily meant smooth sailing. Some teachers, Klingner noted, expressed resistance because they were being told by the district to implement yet another program. Despite occasional resistance, CSR is making good progress on ambitious expansion goals laid out by the district, and in fact the project is ahead of schedule in terms of middle school expansion. "We are moving faster than we envisioned. We have teachers and schools really wanting to learn CSR, and we are adding them sooner than planned," said Klingner.

Rethink traditional research-practice relationships
The CU team brings a "design-based implementation research" perspective to this work, which is based on the idea of collaborative, iterative design and implementation, focused on a district-identified problem of practice. "We know that handing schools an innovation in a box and seeing how it works is not effective," said Klingner. "We are trying to be intentional about scaffolding from the validation stage, where there is more support available for an intervention, to scale-up, where the new practices become integrated and can be scaled and sustained. Working closely with the district seems like the only way to do that successfully." While there are clear advantages to this approach, there are instances where despite the close partnership, conflicting priorities of the partners emerge. For example, in an effort to implement consistently and in a coordinated fashion across a large group of schools, the district sometimes imposes strict guidelines, such as requiring all science teachers to implement CSR on a given day. While this helps with knowing where and when to deploy coaches, it doesn't necessarily make sense if your goal is to better understand and support teachers' authentic integration of a new instructional model into their classroom practice in the context of their curriculum. Despite occasional bumps in the road, the project is built upon a strong partnership, and that partnership is critical to how the team thinks about scale and sustainability.

Embed within existing structures
The CSR team has been intentional from the beginning about embedding the intervention within existing district and school infrastructure. "We are very aware that this needs to become part of the daily practice of what the district does," said Klingner. From working to maximize teacher-leader roles, to housing a principal liaison within the district as opposed to at the University, the team is constantly re-evaluating to what extent practices are being embedded. "Sometimes it feels like this is becoming part of the ongoing infrastructure, and then there will be some change and we're not so sure. There's a tipping point and even though we have a lot of great buy-in, I'd say we're not there yet." Boardman noted that making sure that everyone working in support roles with teachers is trained in CSR would be ideal. "Ideally all of the different coaches in the district would be able to coach for CSR. So the literacy coaches that are in schools, the teacher effectiveness coaches that visit schools, those supporting classroom management or use of the curriculum - all these different existing mechanisms would be able to support CSR. We are trying to do this and have done a lot of training for people in different roles, but we are not there yet and the plan for how to get there is still evolving."

Align with existing initiatives, tools, and processes
In addition to extensive training, linking and aligning CSR with other district initiatives has also been a priority. For example, it was clear early on that for teachers to engage in a meaningful way, any new instructional model needed to align with LEAP, Denver's teacher effectiveness framework. This makes sense and has been a priority, though LEAP itself, in addition to its uses, is still evolving. As Boardman put it, "Maintaining a consistent research design when everything around you is changing is a challenge. That said, we are working hard to understand how our model aligns with LEAP and working with teachers to help them understand the connections and to ensure they feel what they're doing is supported and will pay off for them." Implementation of the Common Core standards has been another new effort with which the project has had to align. The team's commitment to link CSR to existing or emerging work is consistent and laudable, though they are aware of potential trade-offs. "We are rolling with the new things as they come in," said Boardman, "but there are pros and cons. Sometimes we become overly consumed by trying to connect with district initiatives. We have to be careful about where things fit and where they simply might not."

Find the right communications channels and messengers
Just as important as trying to figure out where CSR fits is making sure it doesn't become "just another add-on." One thing the project team feels is important for sustainability is figuring out at what point information needs to be communicated and by whom. As Boardman said, "Things have to be communicated by the right players. We and our district colleagues are constantly trying to figure out where and by whom key information should be communicated in order for teachers and others to feel this is the real deal. Is it the district's monthly principal meetings? Is the key that we need area superintendents to say this is a priority?" The team is thinking about communications and messaging at both the district and the school levels. "At the school level, there is also a great deal of integration that needs to happen, and CSR people can't be at every meeting. So which meetings are critical to attend? Which planning sessions should we prioritize?" Keenly aware that change happens in the context of relationships, the CSR team is being as intentional about communications and messaging as they are about things like tools and trainings.