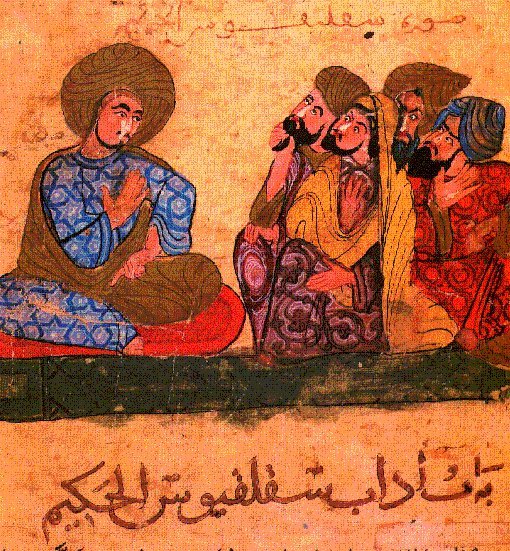 Few attempts have been made to examine the complex interplay of dogma, politics and sociopsychological factors in the genesis of violent extremism. Most attempts at analysis in mainstream media have been procrustean exercises that have tried to reduce causation to either religious belief, western intervention or failed leadership none of whom alone suffice as adequate explanations for the rise of groups such as ISIS and Al-Qaeda. That we are lacking a proper understanding is tragically manifest in the abject failure of counter-terrorism efforts.

Since the so-called "War on Terror" began after 9-11 the number of terrorist groups has increased and the territory under their control has exponentially grown across countries like Iraq, Syria, Libya and Somalia. Neither full scale invasions such as those of Afghanistan and Iraq nor targeted drone operations have succeeded in militarily defeating terrorist groups. The strategy of "deradicalization" such as that pursued through the "Prevent" initiative by the British Government, the Saudi authorities in Saudi prisons and by the Pakistani Army in the Pashtun tribal belt have abjectly failed to stem the recruitment ability of terrorist groups. Ultimately, till the factors and circumstances that lead to violent extremism are identified and addressed ill-fated endeavors like the Iraq invasion and brutal crackdowns by Arab leaders like Sisi will continue to fan the inferno.

This three-part article attempts to trace the historic origins and modern precipitants of violent extremism within Muslim populations.

By the beginning of the ninth century the Abbasid Caliphate had completed the construction of its new capital Baghdad. Within a few decades the city became a major center of science, art and agriculture. The works of Plato and Aristotle were translated into Arabic and local philosophers built on Greek thought to become the foremost exponents of the discipline in the world. Within the hospitals that served both rich and poor were included separate wards for the mentally ill that utilized talk therapy, music and art as treatment modalities.

Within the clergy, a movement known as the Mutazila (literally translated as "withdrawers") had gained ascendancy in the Caliphate. These brilliant scholars whose vision was far ahead of its time, elaborated a theology that grounded Koranic philosophy in Aristotelian and Stoic logos. Amongst their avant garde teachings was the principle that the Koran was not the eternal, "uncreated" word of God but a "created" entity that God willed through the faculty of speech with which humans were endowed. The Mutazila taught that the content of the Koran was contingent to the time and place of its revelation, thus allowing for adaptation to changes in the future.

Prior to the Mutazila the prevailing orthodoxy had been that of the Ahl-e-Sunnah (literally: "people of the tradition") which included most prominently the Shafi'i school of Jurisprudence and the Ashaaris (an off-shoot of the Shafi'i school that differed in their formulation of the attributes of God but were otherwise closely aligned with the traditionalists). The Ahl-e-Sunnah aimed to align their beliefs and customs with what they believed were the traditions of Prophet Mohammad and his companions.

Despite their intellectual brilliance the Mutazila were tragically intolerant towards those who dissented with their teachings. The second Abbasid Caliph Al-Mamun found in the Mutazila a valuable ally through whom influence could be exerted on religious thought and decree in the Caliphate. When the Ahl-e-Sunnah resisted the ideas of the Mutazila, he instituted an inquisition against those who refused to pledge belief in the Principle of the Koran's createdness. This resulted in the imprisonment and torture of many "Ahl-e-Sunnah" and "Ashaari" scholars opposed to the Mutazila. Amongst those persecuted was the founder of the last of the four major Sunni schools of jurisprudence Imam Ahmed Ibn Hanbal who was flogged repeatedly at the Caliph's directive. This persecution continued after Al-Mamun's death under his brother Al-Mutassim. It was not till their half-brother Al-Mutawakkil took power that the Ahl-e-Sunnah including Ibn Hanbal found relief from persecution and some influence in the Caliphate. While Al-Mutawakkil initially continued to favor the Mutazilas he released Ibn Hanbal partly due to his being moved by Hanbal's unflinching resolve in the face of years of persecution and partly due to the immense popularity Hanbal had attained amongst the general population for the same reason. By the time Ibn Hanbal died in 855 his teachings had become the most influential school of thought in Baghdad. Most of what is known as Hanbali scholarship was elaborated not by Ibn Hanbal but by two of his students Abu Bakr al-Khallal and Imam Al-Barbahari. A lot of the teachings of the Hanbali scholars were reactionary, motivated by the radical ideas of the Mutazilas which were perceived to be a threat to what the Hanbalis believed was Islam in its original form. They differed from the teachings of the earlier Ahl-e-Sunnah schools in being harsher on other sects and minorities- something that manifested as a resumption of the killing and persecution of Shia Muslims that had started under the Umayyad Caliphate but ceased under the first three Abbasid Caliphs. They also departed from previous orthodoxy in proposing the "Athari" and "Taqleed" creeds. The first is the principle that the Koran and Ahadith should be interpreted in a literal, acontextual manner and that exegesis based on inductive and abductive reasoning should be avoided. The latter is the exhortation to follow a qualified Islamic Jurist in matters of faith, accepting their religious rulings as correct without independent critique or reasoning.

To summarize, in reaction to the radical teachings of the Mutazilite scholars and years of relentless persecution a movement to interpret the Koran and Sunnah through a more literal-and harsher-approach gained momentum. A religiopolitical elite, while groundbreakingly progressive in their hermeneutic and philosophical vision, had displayed absolute intolerance towards those that disagreed with them. Their attempt to enforce their beliefs through torture and imprisonment resulted in their opponents moving even further away from the theology of reason they were espousing.

There is much to learn here. The influence that political leadership can have both directly and indirectly on religious orthodoxy is an oft-ignored phenomenon. Through the patronage of the Mutazilas the Abbasid Caliphate allowed them to have inordinate influence on religious matters. This and the inquisition of dissenters contributed to the development of a reactionary strain of interpretation that culminated in the theology of the Hanbali school.

The importance of the precedent of "Taqlid" cannot be emphasized enough. It is one of the major reasons why the principle of independent reasoning to arrive at, and analyze religious laws and rulings ("Ijtihad") has been stifled and rendered irrelevant. The norm throughout Islamic history has been of a religious elite dictating religious beliefs in conjunction with a political elite with little to no voice given to minority sects or alternate viewpoints within the majority sect. Modern examples are the alliance between the Al-Saud royal family and Al Ash Sheikh dynasty of clerics in Saudi Arabia as well as the Guardian Council in Iran that can arbitrarily disqualify political candidates and veto any legislation performed by parliament.
As I will elaborate in the subsequent parts of this manuscript, this dynamic has reemerged at various times throughout history with devastating consequences.