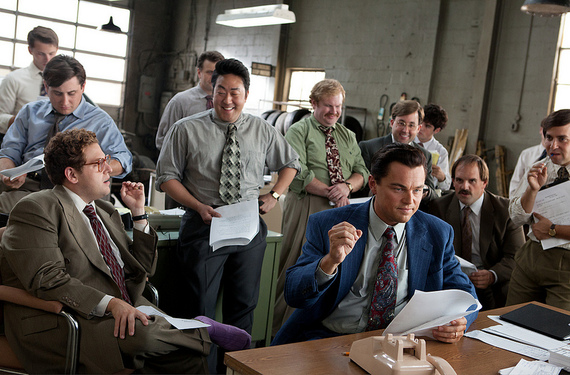 Australian business coach and powerhouse Kerwin Rae shared with us some seriously insightful perspectives on addiction and what to do when life falls apart with help from the infamous Jordan Belfort.


The entrepreneur and international speaker who chatted with Profoundly Human spilled on what it was like partnering with the real Wolf of Wall Street shortly after Jordan Belfort was released from prison. Belfort's life was modeled by Leonardo DiCaprio in the 2013 Hollywood adaptation of his life which grossed about $117 million in North America and $275 million internationally. It's undetermined whether or not he'll actually pay back the $110 million he stole from his investors that landed him in jail. He was convicted of fraud and stock market manipulation.

Kerwin Rae met Belfort after his rise and fall. The two worked intimately together and Belfort speaks highly of Kerwin Rae as both an associate and a friend. Rae shared what he learned from Belfort regarding his struggles with materialism, losing everything, and rebuilding his life after prison.

"Jordan taught me a number of things... the first one being the importance of thinking big," Rae said. "He thinks very big, he talks in very big numbers." Rae compared this large-scale thinking to which he attributes much of Belfort's success to the thought process Mother Teresa must have had. "When Mother Teresa was thinking about her purpose in life she wasn't thinking 'how could I help just one person,' she had a very big vision."

The second lesson Rae learned from Belfort was more of a reinforcement than a lesson, and that's the dangers of instant gratification.

Rae elaborated on the trouble with wanting everything now:

"We live in a society very much governed by instant gratification with the availability of technology and information, everyone can have it at their fingertips... but often times we lower ourselves into a false sense of reality, thinking that results come as easily as things are available."

He said this is the reason why people often quit in their business, spiritual and relationship pursuits, because they want everything now. People like to take shortcuts, especially when it comes to making money, and that's where they fall into the trap.

Like Jordan Belfort, "he was just a guy who wanted to work on Wall Street," Rae said.

"A lie here and there, it's a game of inches, but inches turn into feet, feet to yards, and so on. With instant gratification people say 'well instead of an inch how can I get a mile,' and often times they'll sacrifice honesty, integrity, whatever it is within their moral compass that will allow them to get there quickly."

Kerwin Rae speaks from personal experience. He admitted to using a lot of drugs in his younger years but has no shame around his experiences. Rae considers himself blessed to have had addiction be a part of his journey, and what he has taken from it has transferred over to his professional life:

"Addiction has been one of the greatest servants I've had in my life because it taught me resourcefulness. When you're an addict and you want something bad you'll find any way, travel any distance, climb any mountain, break through any wall, pick any lock," Rae said.

Kerwin has gained a level of perspective and insight that makes it easy to see why he's such a phenomenal business coach and entrepreneur. He said it was around 25 or 26 when he decided to make a change in his life which thus far had been busy with buying sports cars and dating models (which doesn't sound too bad to an outsider), but what came next was better.

Rae decided to hike to Machu Picchu. However, being one who had, historically, lived by the rule of "go big or go home", he did not just hike the famous trek, he ran it, finishing the journey in about a day and a half. Amidst the exhaustion and delirium, somewhere along the way Rae gained an awareness that stuck with him. He broke it down for us and explained why everyone needs to experience what he refers to as a "disassembling."

"Most people will go through a disassembling... it's required to be awaken," Rae said. He told us that pain is required to wake up. "If you aren't experiencing pain you don't question reality and seek different ways of going about things."

"Whatever it is that falls apart or disassembles is typically linked to our highest values."

For example, if money is of the highest value in your life, as it was for Jordan Belfort, the ego around money must dissolve. Same goes for relationships, or whatever you value most in life.

Kerwin Rae is as experienced as he is kind, as wise as he is humble, and hearing him speak about his many near death experiences including a near fatal stroke will make a believer out of anyone. It's "the disassembling" of the ego that seems to be the biggest game changer. I just hope we all won't have to make the trip to Machu Picchu or end up in jail to experience it. 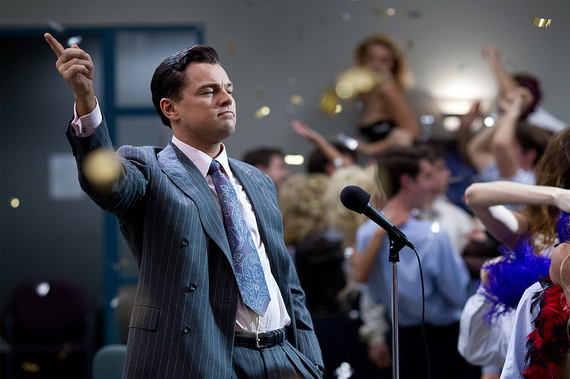