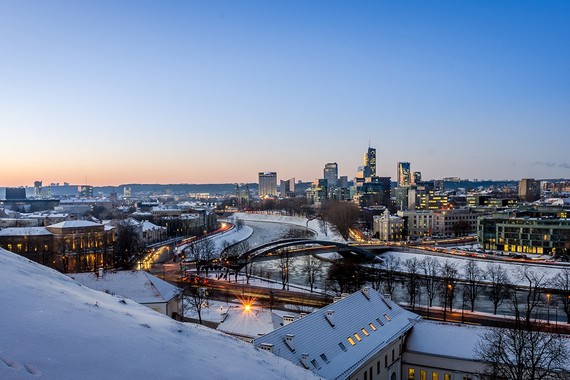 After traveling for more than 18 months across three continents, I've decided to take a better look at my home country Lithuania as a bootstrapping hub for your startup or small business. I've asked some experts and entrepreneurs in Lithuania why it's a good idea to bootstrap in Lithuania.

Today I'm sharing top 9 reasons why Lithuania might be the best choice for relocating your startup or simply enjoying your time while working remotely and experiencing a beautiful yet undiscovered country. 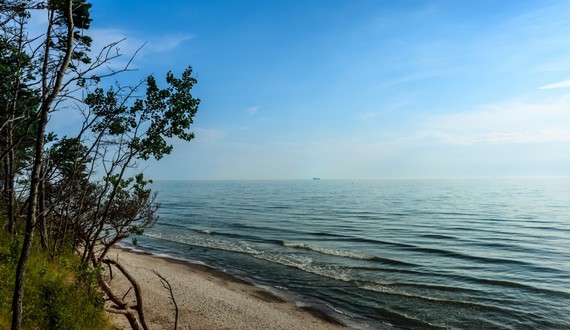 Lithuania has a unique and untouched nature with the huge green forests, crystal-clear lakes and rivers, golden beaches at the Baltic sea, medieval castles and cultural heritage of more than one thousand years. Whether you're up for a tour around the country on your bike, an extreme kayaking experience or hot sauna near the freezing lake Lithuania has it all.

The fastest public Wi-Fi in the world

Rotten Wi-Fi, a testing service that evaluates public Wi-Fi networks based on speed and customer satisfaction, says Lithuania dominates the competition when it comes to the average download and upload speeds found on public Wi-Fi networks. Emerging co-working culture combined with fast internet will be attracting digital nomads as Lithuania has a lot to offer to start with business opportunities and to finish with significantly cheaper lifestyle than Western European countries.

Lithuanians are friendly, tolerant and speak at least one foreign language 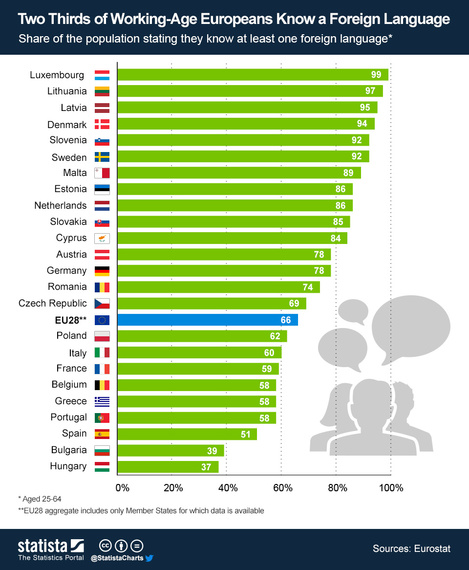 According to Statista, 97% of working-age Lithuanians (aged 25-64) know at least one foreign language.

Lithuania is among top 23% of the most peaceful countries in the world with kind people. According to Global Peace Index, Lithuania is safer than neighboring Baltic states, United Kingdom, France and the USA.

According to Statista, 97% of working-age Lithuanians (aged 25-64) know at least one foreign language. English and Russian being the most popular ones, Lithuanians also speak Polish, German, French and Spanish.

Thanks to low-cost airlines like Ryanair and Wizz Air, Lithuanians have access to cheap direct flights to London, Berlin and other major cities in Europe making it very easy to have investors in neighboring countries or simply have a great weekend exploring one of the capitals of European countries.

Startups are supported and celebrated

One can hardly surprise anyone by saying "I'm starting my own business", asserts Kestutis Tauckela, a founder and CEO of a game development company Outlander Studios.

Enterprise Lithuania had bounded bridges with Silicon Valley as well as other international key startup destinations to attract further investment and exchange of ideas. In 2013, during the biggest tech conference in the region - LOGIN, the Startup Fair was organized for the first time. Best regional startups had an opportunity to pitch to Silicon Valley and European investors.

There are numerous entrepreneurial events held every year, including Silicon Valley comes to the Baltic's with more than 1500 participants, Game Jams and hackathons mostly organized by Startup Lithuania. 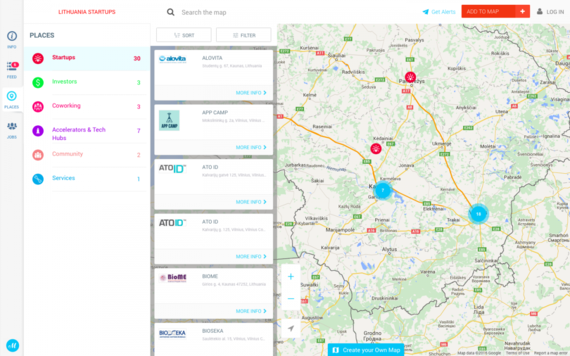 Mapped in Lithuania is your gateway to the Lithuanian startup & high-tech ecosystem.

If you are interested in seeing more of what is happening in the Lithuanian startup & high-tech ecosystem, Mapped in Lithuania collects all Lithuanian startups, high tech industry players, investors, accelerators, co-working, tech hubs, R&D centers in one place.

Lithuanians are fortunate enough to enjoy having some of the latest technologies implemented in their everyday lives including cheap taxi service with Uber, short term rentals with Airbnb, unlimited music with Spotify and recently announced Netflix. Not to mention the euro, an official currency of the eurozone, which powers seamless business and traveling experience in Europe.

"It is easy to do business in a small country or better to say: where a large concentration of everything is. Starting with great places to eat and chat with a financial partner", states Agnė Laskauskaitė, a product marketing manager at Teamgate, headquartered in London, UK.

Compared to London, Lithuanian capital Vilnius is nearly 3 times cheaper than the capital of the United Kingdom. You can buy a beer for €2 and get a meal at an inexpensive restaurant for €5 where in London you'd pay around €25 for the similar experience.

With the recent German billionaire media mogul Hubert Burda leading series C financing with $27 million, Vinted is one of the best examples of success in the Lithuanian startup scene. There are some other worldwide known startups such as Pixelmator, Trafi and TransferGo that make Lithuania more appealing in the eyes of international VC funds.

According to Edmundas Balcikonis, a co-founder and CEO at TrackDuck, there are numerous of ways to receive EU funding via different startup and innovation programs. Lithuania has an easier access to tech talent from Belarus, Ukraine and Russia that are cheaper and culturally more acceptable to bring them in the country as employees compared to other countries. Also, labor and tech talent in Lithuania is cheaper compared to the Western Europe or the United States.

Lithuania is located at the very crossroads of 3 huge markets (Scandinavia, WE, Russia and CIS), and is the largest market out of all Baltic Countries.

Because of so favorable political, social and economical situation, Lithuania (and especially - Vilnius) has become a magnet for talent from neighboring countries, especially from Russia, Belarus and Ukraine. Game Insight has recently moved its headquarters to Vilnius, the capital of Lithuania.

One of the largest startup and game dev centers in the Baltics will be opened in 2016 next to the historic old town of Vilnius. Vilnius Tech Park will fill 8,000 sq.m. with startup offices, co-working spaces, cafeterias, hostel and recreational areas.

Have you ever heard of Lithuania? Is it on your travel list for 2016? I'd like to hear your opinion on this subject. Tweet me anytime at @tomaslau.

A version of this post originally appeared on Forbes.