At the end of the 98-hour day that my father died, it surprised me that the hardest part wasn't hearing "He didn't survive surgery," but instead having to tell others -- the slow pressing of numbers of the phone, knowing that someone's life is going to be changed right after, "Hi Kev. What's up?"

In a strange twist of fate that afternoon, my three sisters, Katie, Colleen and Maureen were all en route to Detroit Metro within an hour of one another. When they had left Chicago and New York, after our call from the hospital, they knew only what we were told -- "Dad's been in a bad accident -- he's in surgery." By the time they were air-born, my mom and I were told of his passing and taken upstairs to see his body. My mom's friend Mary volunteered to drive us to the airport so we could meet the girls -- we were cutting it close, so we just hopped out of the van and hurried to the gate.

It was an eternity waiting in the terminal as the plane pulled into the gate, the parade of strangers coming out of the tunnel -- and suddenly there they were. A quick wave, then their faces changed as they saw ours. I've never been through anything tougher than those fifty paces between us. 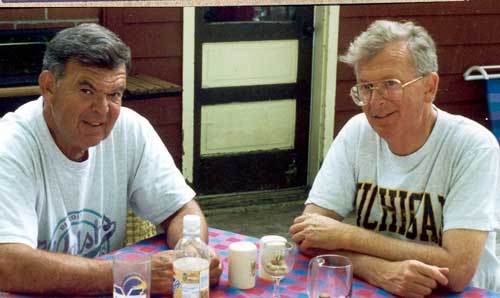 Then the weird ironic Irish took over our day. In those forgotten days before cell phones, our driver Mary couldn't find us. We waited by the curb for over an hour -- just my mom and her four kids. My wife Patrice was home caught in the cyclone of our 2-year-old Aidan, 5-week-old Abby, and dozens of phone calls coming in and going out. She had to make the call to my dad's only remaining sibling, his big brother Jerry as the five of us were marooned by the American Airlines check-in until our ride finally found us. Mary apologized and felt terrible, but we smiled and told her truthfully that we needed that isolation -- and we did.

If anyone knew that airport it was my father, and I could see him moving some joystick, making sure that red minivan somehow drove past us 15 times or so until we were ready.

"Let Jim run the funeral" was the advice of Fr. Jack Trese, who met us the next morning and wept openly, confessing that my dad was one of his true male friends. "If you just relax, take a deep breath, things will go as they should."

Sure enough, from picking the casket that matched the paneling in our family room to the blue blazer winning in five consecutive coin tosses over the grey suit, my dad did run his own funeral and it became, like his mother's seven years earlier, a joyful celebration with tears, but plenty of laughter.

My grandma was the youngest of three daughters in a family with six alpha-males. I've written of her many times in this blog, as well as her oldest brother Harry, governor of Michigan in WWII, while his brothers Walt served at Normandy and Jerry was undercover for the Navy working on the Manhattan Project. 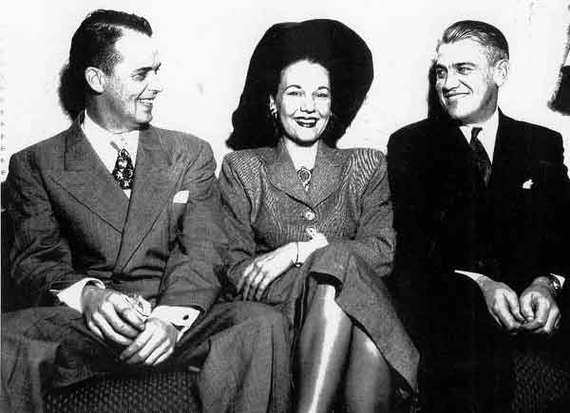 I'd never met any of the boys until just two years before my dad died. Jerry was the only one left. He welcomed us warmly to West Palm when we made it down for St. Patrick's Day 20 years ago today.

Soon my dad and I were scribbling notes as Jerry issued tale after tale of the family history from the Civil War to his recent journey with his fifth beagle named 'Bama. Many of his stories supplemented episodes we had heard from my grandma -- about her 1922 electric car and how she had to drive the nuns around from her school, how his father Henry's body in-state was visited by Detroit's poor he had helped and who just wanted to pay their respects at 4 am while Jerry stood watch so as not to offend anyone. Throughout all of Jerry's narration was woven death and laughter, as Jerry laughed at the eeriness of being up through the night as strangers entered his home. The Kellys, like any large family at the turn of the century had suffered many tragedies, including the loss of 17 year-old Melville in the below-ground family garage--as he became asphyxiated while working on his car.

But even poor Melville's story had its anecdotal side as Jerry told us how he hated nuns--but ended up being buried in the family plot in Ottawa, Illinois surrounded by Sr. Mary, Sr. Alice and Sr. Beatrice when the family moved to Detroit and the graves were given to the church.

At my dad's funeral, many of my father's former co-workers shared groaners my dad would inflict upon them. "I have to be an honest salesman; in the glass industry folks can see right through you." Or its sidekick, "I'm like Lenin--I'm in glass."

In a famous bit of morbidity, my grandma was babysitting us when I was 10 and the girls were 8, 6 and 2. My parents were due back at 10:30 p.m. but were a little late. My grandma glanced at the clock, shook her head and said much too loudly, "I sure hope they weren't in an accident." Three minutes later, Ann and Jim walked into a bawling household as my grandma shrugged her shoulders and headed upstairs. My grandma never thought of herself as the funny one in the family, but I always think of that deadpan reaction and laugh.

It's a crippling feeling, when you're young, imagine the unthinkable, that your parents could be suddenly taken from you. As a father of two drivers in a world of texters, I go through similar emotions to the nightmares that blasted me out of my sleep in third grade. Being told that my father had actually died was terrible -- but it was also part of life. We still had to take care of the kids, eat and breathe -- when we remembered. Fr. Jack was always good at reminding us to breathe.

I realized the practical side of death on that airport curb looking for Mary's minivan. But later that afternoon, I still dreaded calling Uncle Jerry -- he was 85 and not in the best of health; I was certain this news would be a shock. 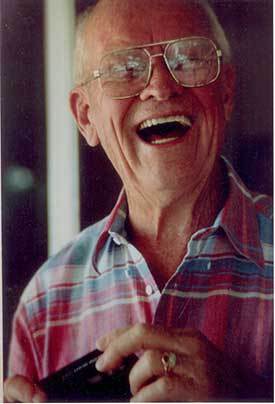 But Jerry answered the phone I heard him take a sudden breath when I told him, but I also could feel 86 years of life kick in, "Well, I guess you'll have to be the soldier now, won't you, Kevin?"

At Jerry's funeral in 2004, I finally met the dozens of cousins I'd never known -- and in them all I saw the crinkled-eyed Irish smile heard their booming laughter. From them I gathered birthdates, photos and began to put together all the snapshots, newspaper clippings, letters and genealogy into one website, the Kelly Family Network. 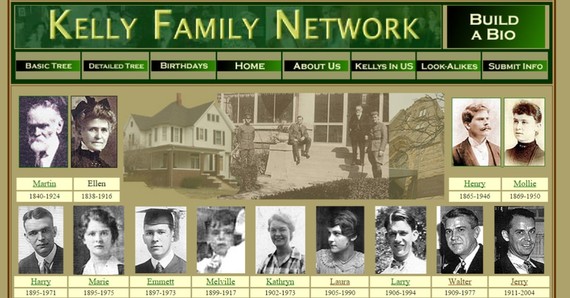 I don't always update it as often as I'd like, but every once in a while I'll be contacted by a distant relative who stumbles upon the site. I met third-cousin and genealogist Jerry in Arizona and third-cousin Ed in Los Angeles -- also a family digger. Each of them unrolling hundreds of more Kellys descendant of one immigrant stonemason named James Kelly who arrived in New York in the 1830s before heading to Buffalo to build the Erie Canal -- but probably carrying a big laugh and some bad puns along with his trowel. 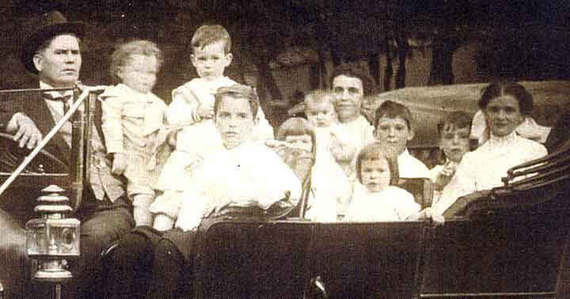 The upside of being Irish-Catholic for my great grandfather Henry--no car seats required in 1910.