To mark the close of this National Foster Care Month, today’s RaiseAChild.US “Let Love Define Family™” series installment in the Huffington Post Gay Voices, contributing writer Eric Criswell uncovers proposed legislation that could be harmful to children and many of our families.

It is an annual tradition for the White House to write and circulate a proclamation to announce May as “National Foster Care Month.” This year, President Barack Obama signed his name to a proclamation so inclusionary that it was truly unlike any before it. With regard to foster and adoptive parents, his proclamation reads…

“With so many children waiting for loving homes, it is important to ensure all qualified caregivers have the opportunity to serve as foster or adoptive parents, regardless of race, religion, sexual orientation, gender identity, or marital status. That is why we are working to break down the barriers that exist and investing in efforts to recruit more qualified parents for children in foster care.”

The U.S. Department of Health and Human Services reports that there are over 400,000 youth in the foster care system. Of those, there are over 100,000 children waiting to be adopted. 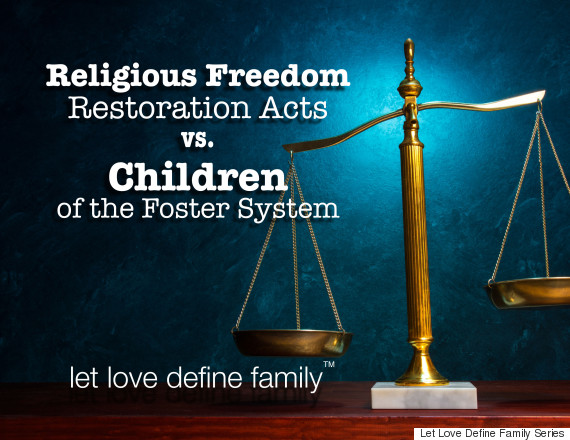 “The President’s inclusive statements are profoundly encouraging to us,” states Rich Valenza, Founder and CEO of RaiseAChild.US. “Tired of the huge and stagnant numbers of children in the nation’s foster care system, we launched our organization four years ago. RaiseAChild.US puts the needs of children first knowing that love, support and understanding are key ingredients to successful and healthy foster and adoptive families. There is a wealth of research to back common logic that good families can be found equally in homes with a mother and a father, a single parent, and with parents of the same gender. More parents are needed to solve the nation’s foster crisis, not less. It’s love that defines family.”

At the same time that the Obama Administration is welcoming all people to build families through fostering and adoption, there are forces working against it. Currently, there is proposed legislation in a number of states -- Texas, Michigan and Alabama -- that ignores the welfare of their children in favor of prejudice and discrimination. These so-called “religious freedom” bills have been championed by conservative legislatures in the wake of the Burwell v. Hobby Lobby Stores, Inc. Supreme Court decision to help ensure that services can be denied based on ones religious or moral beliefs. But this time it isn’t about wedding cakes or pizza, it is about the lives and welfare of countless children who will be denied a place to call home. If these legislators have their way, every taxpayer in those states would be contributing to the abandonment of their most vulnerable citizens.

According to Michael Porcello, Esq., Legislative Counsel at the Family Equality Council, “As drafted, ‘religious freedom’ legislation would permit child welfare service providers who receive public funding to do their work to deny their services to particular youth and adults. However, that public funding comes directly from tax dollars paid by all of us. Agencies and individual service providers whose pay comes from taxes should not be able to pick and choose whom they provide services to based on their personal beliefs and biases.” 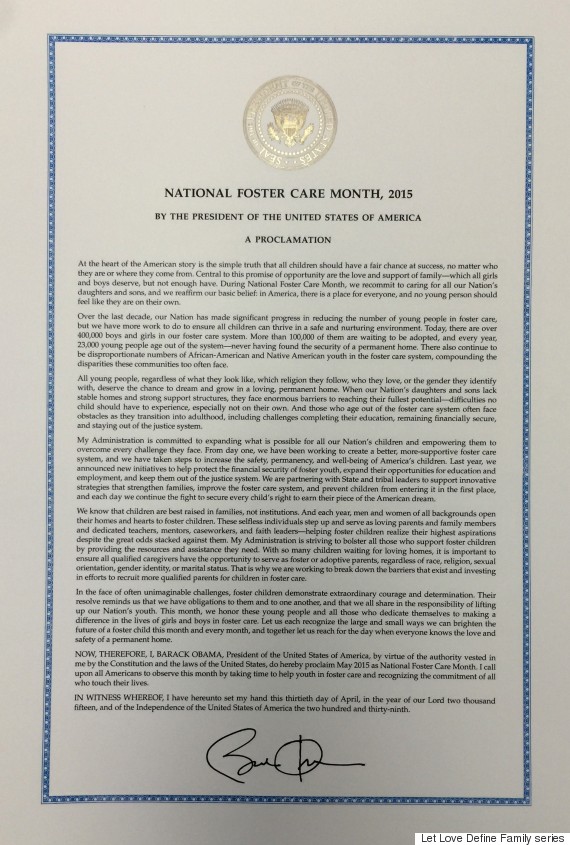 Of course this goes far beyond being a financial issue, for many of the youth who get lost in the system and age out to find themselves without any support, it is a matter of life and death.

“In Georgia, the Religious Freedom Restoration Act isn’t just about LGBT issues, but effects every child in the state,” according to Jeff Graham, Executive Director, Equality Foundation of Georgia. “If this bill passes it will weaken all child welfare laws currently on the books.

This point was reinforced by Edward Lindsey, former Republican member of the Georgia House of Representatives in his online editorial from March 30, 2015: “[w]e cannot ignore others who have marched to our Capitol in support of this legislation and have clearly indicated their hatred -- yes, hatred -- for gays and lesbians and others in the LGBT community and their intention to use this legislation to try to discriminate against these fellow citizens. This cannot be allowed to happen. Not in the 21st Century. Not in our state.”

There is reason to hope. Although Arizona had passed a measure that would allow for agencies to refuse children loving homes based on the beliefs of the decision maker, Republican Governor Doug Ducey decided to take a bold stand to veto the bill. "With 17,000 children under the state's care, we need more adoption in Arizona, not less," Ducey said in the statement. "That's why I feel strongly -- as I have said many times before -- that all loving families should be able to serve as foster parents and adopt."

Yet the state legislatures in Michigan, Texas, and Alabama are still in the process of voting on adoption specific religious freedom bills. This should concern everyone, not just the LGBT community. Michael Porcello explains, “the way these bills are worded, they have the legal right to refuse service to LGBT couples, divorced individuals that are gay or straight, single parents, interracial couples, anyone of a different faith of the agency or provider, and countless others. You could have a Christian Scientist provider not allow any fostering or adoption to a family that would seek regular medical care for their children.”

Currently, federal funds go to supporting permanent adoption, and there are safety precautions in place to ensure that neither families nor youth are discriminated against because of race or religion. There are no such safeguards against discrimination based on sexual orientation, gender identity, or marital status.

RaiseAChild.US and Family Equality Council are partners in a diverse coalition working to help pass The Every Child Deserves A Family Act, which was introduced in the House by Rep. John Lewis (D-GA) and Rep. Ileana Ros-Lehtinen (R-FL) on May 16, 2013, and in the Senate by Sen. Kirsten Gillibrand (D-NY) on May 23, 2013. The Every Child Deserves a Family Act prohibits any public child welfare agency receiving federal financial assistance from discriminating against any potential foster or adoptive family on the basis of sexual orientation, gender identity, or marital status. In addition, it prevents discrimination against any foster youth because of their sexual orientation or gender identity.

RaiseAChild.US urges you to get involved by contacting your Senators and Congressperson, asking them to show their support for youth in care by cosponsoring the Every Child Deserves a Family Act (ECDF). You can also learn more about ECDF by visiting Family Equality Council’s ECDF Portal.