But then there are the encroachments on our politesse through the usage of such terms of endearment by total strangers--particularly men.

Perhaps you've experienced that specific brand of charm--often affiliated with the South, where I happen to live--that a waitress or a grocery store employee exhibits when a query ends in a term of endearment. 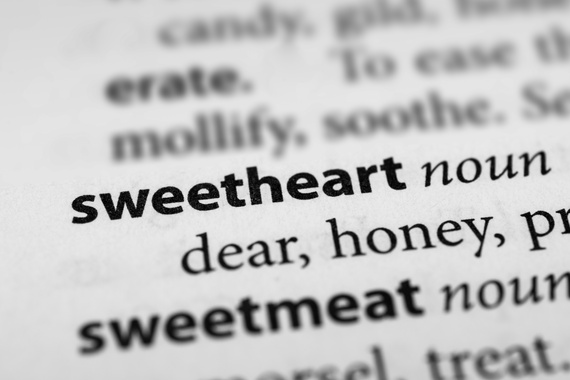 When a male teenage worker at my grocery store deli addressed me with his own brand of cozy familiarity ("What can I get you, sweetheart?") I looked him in the eye and said, "Please don't call older women sweetheart. We really don't like it." I thought it might be a learning moment for him. Instead, he walked away and said, "Somebody else help her." Did I say it curtly? No. Unequivocally? Yes. But it's my prerogative to tell someone I've never even met that I don't appreciate a condescending tag of familiarity.

I don't easily take offense, and I don't seek confrontation. The first time someone called me, "Ma'am" instead of "Miss," I actually laughed, realizing I had turned the corner on being a young woman.

The first time a fast-food restaurant gave me an unsolicited discount on a cup of coffee, I asked about it and was told, "That's our over-55 price." I was a bit rattled, but also amused as I realized I could probably get a lot more discounts if I asked. I thanked the person for letting me know that no one would "card" me if I did ask for a senior discount.

So I've taken such reality-check moments in stride, with no damage to my sense of decorum nor any strife.

But this was different. It doesn't happen to me often, I have to say, but when it does, it grates on me; yet I had to question my attitude when I spoke to the manager of the store. He, along with the (female) deli manager, listened as I said it was inappropriate for any store employee to use such familiar and unwelcome terms with customers. The manager nodded and said that I probably just misunderstood his intention. What did I misunderstand? I said, "There was no misunderstanding." I then asked the deli manager, "What do you think?" She dipped her head and said, "I think he was just being nice." I said, "You know, what the customer thinks is what's important here. And I think it's disrespectful."

The store manager apologized and said he would talk to the burgeoning misogynist. My words, but how do you think men like Donald Trump become who they are? They get away with condescension often enough to think it is acceptable behavior, and their disrespect for women escalates from there. Their self-worth inflates through being condescending to others, but then they get upset when we correct them. (The deli worker's reaction: "Somebody else help her.")

It's up to us to let men know, as early in their lives as possible, that it is not acceptable. That may include complaining to their bosses, but if we don't act and don't speak up, then imbued condescension will continue.

However, I got the distinct feeling from the store/deli managers that I was being unreasonable. Was I?

I started polling women wherever I went--in that same grocery store, at the hair stylist, the manicurist, the drugstore, at a cocktail party, in restaurants...just about everywhere I have been over the last two weeks. I also asked my girlfriends. In all, I queried 31 women.

Here is a sampling of the responses, which I documented along the way. Many were much the same:

How do you feel when a man you don't know calls you sweetheart or darling or honey?

I deliberately pitched it with "man," since that encompassed most of my personal experience, though obviously women do it as well. In fact, when I told my husband about the deli incident, he commiserated and then said, "I know. I don't like it when (female) cashiers call me 'hon,' but I don't say anything."

To a woman--with one exception--all said they didn't like it: They were "offended," they thought it "disrespectful," "chauvinistic," "demeaning," "intentionally patronizing," "condescending," "ignorant," and even, "plain ole' stupid." One said it made her feel "inept." Another said, "It's a method of domination."

That remark caused me to recall an incident with a mechanic, decades before, whose diagnosis of my car's problem I had questioned. It just didn't align with the explanation of the problem I was experiencing. After conferring with the service adviser, it turned out that I was right. The mechanic said, "If that's what you want, honey." I had done the equivalent of emasculating him, in his mind, and he had to assert male domination to get back on an even keel.

The exception to my query was an 80-something lady who smiled sweetly and said, "I don't mind." I accepted that with no judgment or argument. But she was the lone dissenter, other than one woman who--unbelievably--said, "I don't know. No one's ever done it." Lucky her. 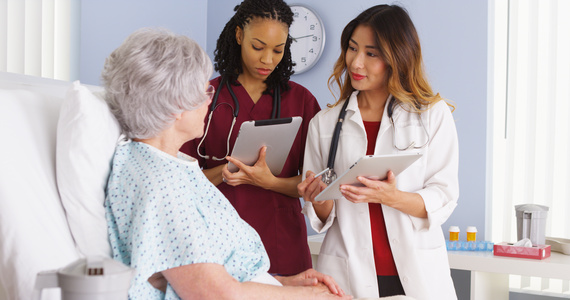 One woman, a nurse, told me that during medical training, they are specifically drilled on this issue, and told that they are never to call patients by anything other than their names, because it upsets them. That must have come about through systematic and long-term feedback on those surveys hospitals and medical offices hand out upon discharge. But that certainly underscores the assertion that people--women and men--do not like to be addressed with a saccharine familiarity by strangers.

A waitress told me that it is all too common, and it is done with a tone of familiarity and condescension. She said that after the second time a man calls her "babe" or "hon" she will remind him of her name. I asked how many switch to using her name, and she said, "Hardly any of them. If they're the type to talk to you like that, they enjoy doing it because it makes them feel like they're in charge, and that the size of your tip depends on your tolerance."

I also did some web searches, and though approximately 80% of the posts were in line with these women's points of view, there were others who said things to the effect of, "You must be a mean-spirited person not to recognize when someone is just being nice."

Mean-spirited, or self-respecting? What do you think? I'd love for you to share your thoughts, opinions and experiences!