Every March for the last ten years, art lovers flock to New York's Piers 92 and 94 on the Hudson River to attend The Armory Show, hosting more than 250 modern and contemporary galleries from around the world.

The Armory Show, which opens tomorrow and runs through Sunday, is among the handful of art fairs closely watched as a barometer for the health of the art market. Named for the historic 1913 exhibition held at the 69th Regiment Armory where Americans were introduced en masse to European Modern art, the Armory Show was co-founded in 1994 by gallerists Paul Morris and Matthew Marks as a modest meet-and-greet event in the suites at the old (pre-Schrager) Gramercy Park hotel. It moved from Gramercy to Chelsea and in 2001, moved again, this time to its current location, the massive 208,000-square-foot venue at Piers 92 and 94. It now draws hundreds of dealers and thousands of visitors, an annual art world event involving wheeling and dealing between some of the world's biggest galleries and high profile collectors, art advisors and institutions but more importantly aisles and aisles of art--works by emerging artists to blue-chip works by established names.

As with most of the big art fairs, what is even more overwhelming than the maze-like interior of the Armory is the week-long panoply of events that take place during this week --from smaller satellite fairs to talks, openings, happenings of all kinds. The amount of options you have in one day is overwhelming. To help our readers manage this week's madness, I've included a list of highlights for each major fair, below, along with a list of concurrent exhibitions open to the public this week. 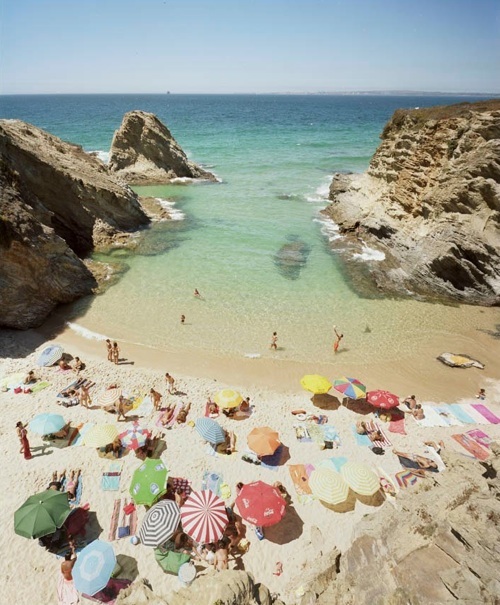 The truly intrepid (and undaunted) art lover should continue the contemporary art fair tour, getting to the dozen or so other art fairs also taking place this week and over the weekend including -- in addition to the ADAA's Art Show and the INDEPENDENT art fair, two high profile fairs (some even say that the INDEPENDENT is quickly gaining ground on The Armory with its more open model, having lured a few big name galleries to their side this year) -- Pulse, at the Metropolitan Pavilion, 125 West 18th Street; Scope New York at 320 West St (West Side Highway) across from Pier 40; the Fountain Art Fair on Pier 66 at 26th Street and the West Side Highway, Chelsea; Red Dot New York with the Korean Art Show at 82 Mercer Street; Verge Art Brooklyn at various locations in DUMBO, Brooklyn; the inaugural Moving Image Art Fair of Contemporary Video Art, at the Waterfront Tunnel event space between 27th and 28th Streets with an entrance on 11th Avenue in Chelsea; a new "alternative thinking" art fair Salon Zürcher, 33 Bleecker Street between Lafayette and Bowery; PooL at the Gershwin Hotel, 7 East 27th Street; and Volta at 7 West 34th Street.

THE ARMORY SHOW
March 2-6, Piers 92 and 94
Featuring more than 250 modern and contemporary galleries

- Susanne Vielmetter Los Angeles Projects will be presenting a massive painting by the artist Rodney McMillian. The painting is 27-feet long and made from hand-sewn vinyl.

- Vera Lutter is presenting her most recent works that were taken on her trip to Egypt last year and were made in a custom fabricated suitcase/camera obscura at the Carolina Nitsch booth.

- Ivan Navarro is creating a site specific installation in the Paul Kasmin Gallery booth, titled armory fence, made of neon lights with a parameter of 82 feet. 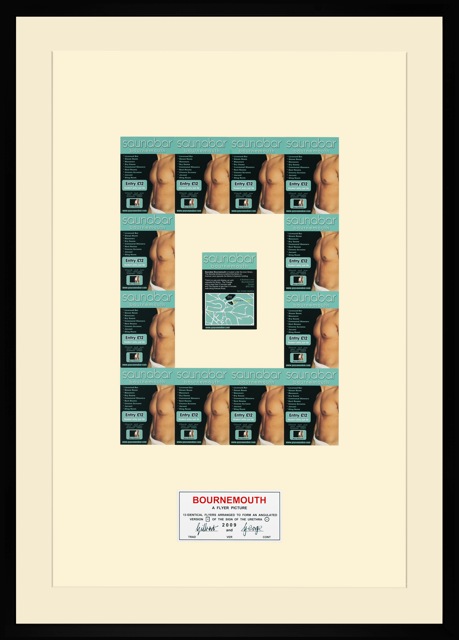 - Ronald Feldman Gallery is presenting a solo presentation by Sam Van Aken that will transform the booth into an orchard of live trees with unusual, genetically-altered properties. As designed by the artist, the trunks and leader branches identify the trees as being five different types: peach, plum, cherry, nectarine, and apricot, but each tree has the capacity to simultaneously grow all five fruits.

- London dealer Stuart Shave/Modern Art will be presenting a solo exhibition by Ansel Krut. This will be the first time Krut's work will be shown in the US and at The Armory Show. 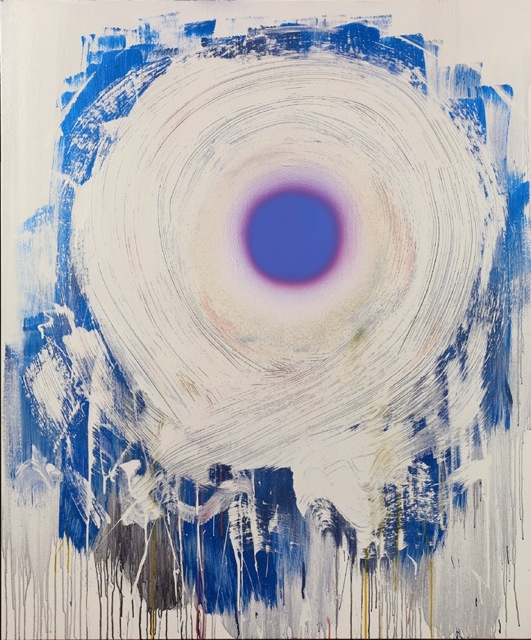 - Eleven Rivington will exhibit a solo show by Brazilian artist Valeska Soares. In keeping with the Latin American Focus in this year's Armory, their installation will include recent paintings, sculpture and collage by Soares.

- Hirschl & Adler Modern is exhibiting a two-person show. Sculptor Elizabeth Turk, who was a recipient of a 2010 MacArthur 'Genius' grant, will be debuting her latest work since the award. Seven marble pieces will be coming to the Armory Show directly from her LA studio. The other artist is a little-known British modernist artist, Richard Lonsdale-Hands, who died in 1969. His intensely-felt works of the 1940s and '50s have a vitality and originality that presages many of the neo-expressionist artists in Britain during the '70s and '80s, and in some cases the graffiti and outsider movements in the US. 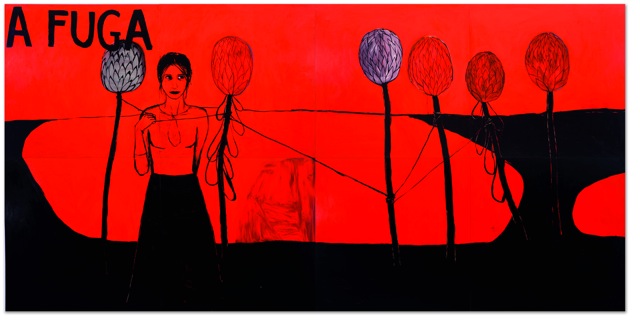 Highlights of the Armory Focus-Latin America include: 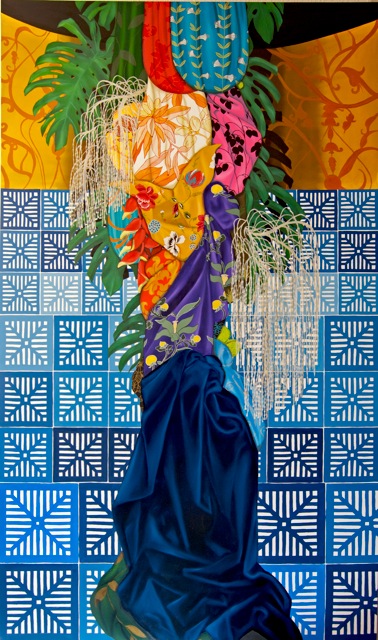 The second edition of INDEPENDENT will take place on the second, third and fourth floors of the former DIA Center for the Arts building and will be open to the public free of charge, Thursday from 4 to 9 PM, Friday and Saturday from 11 AM to 8 PM, and Sunday from 12 to 4 PM.

"The layout of the exhibition is customized to reflect the spatial and curatorial concerns of each of over 40 international participants, who are presenting solo and group exhibitions as well as shared collaborative presentations."

What not to miss at the 2011 INDEPENDENT:

-Sprüth Magers, Berlin and London
Gallerists Monika Sprüth and Philomene Magers said about deciding to show at the INDEPENDENT and not the Armory this year that, the "Independent has been really great for the last two years in terms of an unorthodox, unpretentious and interesting way of seeing good art presented by a lot of high quality galleries, so we felt that this is the right fair for us in New York."

The gallery's area will feature a film installation and photographs from collages on negatives, taken from David Maljkovic's Recalling Frames series, which merge scenes taken from Orson Welles' movie The Trial (1962) with current views of the original filming locations in Zagreb; work by Cyprien Gaillard, Sterling Ruby, Thea Djordjadze and sculptural work by Michail Pirgelis. 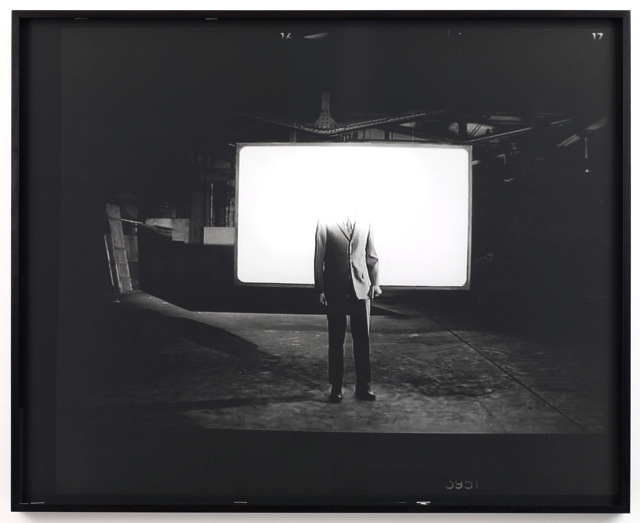 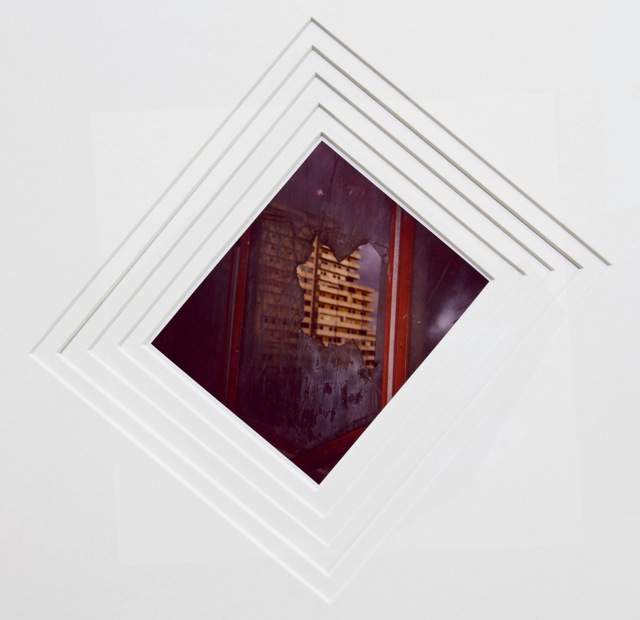 THE ART SHOW
March 2-6, the Park Avenue Armory, 67th Street New York City.
Admission is $20 per day. The show hours are as follows: Wednesday through Saturday, noon to 8 p.m., and Sunday, noon to 6 p.m.

What not to miss at the 2011 Art Show:
This year, the Art Dealers Association of America (ADAA) member galleries are showcasing the very best in art from American galleries. The Art Show will include 30 galleries presenting outstanding solo show exhibitions, with highlights including new work from Rachel Whiteread at Luhring Augustine and Gabriel Orozco at Marian Goodman Gallery, Richard Artschwager at David Nolan Gallery, and Alice Neel at David Zwirner Gallery, as well as an unprecedented two-gallery exhibition of work by Jaume Plensa at Richard Gray Gallery and Galerie Lelong's combined booths. Dealers are also organizing exceptional group and thematic shows such as Margo Leavin Gallery's "All Together Now!" curated by Allen Ruppersberg, Pavel Zoubok Gallery's "TEN: Redefining Collage," and Richard L. Feigen & Co.'s "Important Modern Paintings, Drawings, and Sculpture." 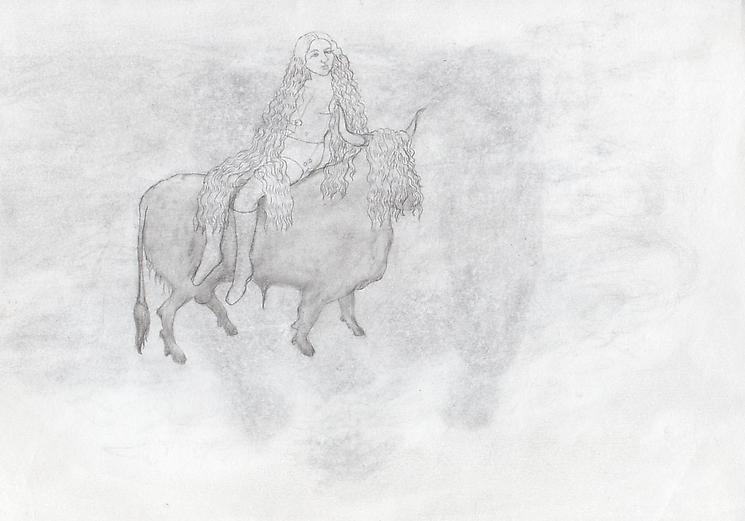 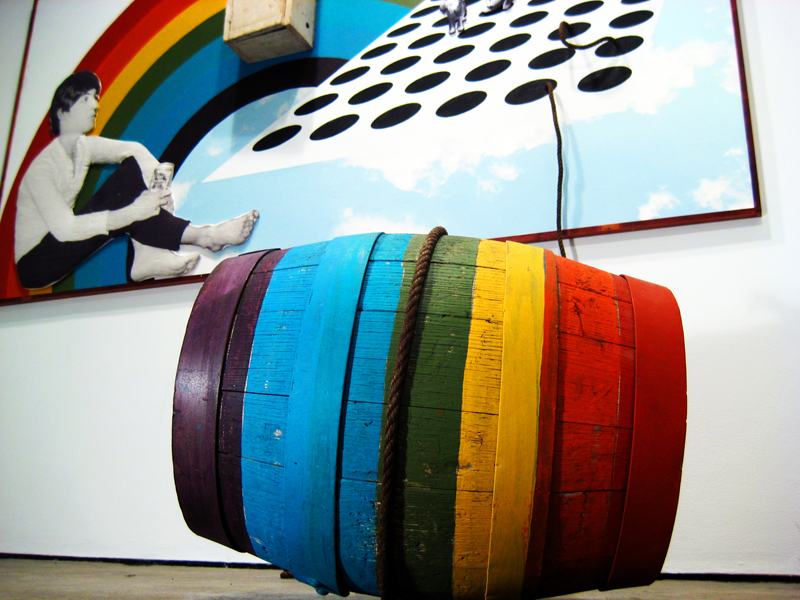 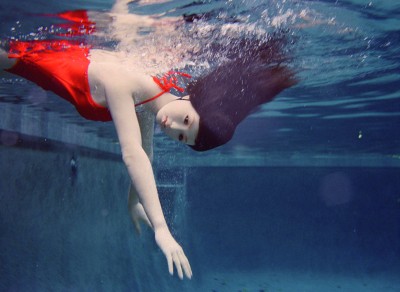 -Frank Haines, "In the Shadow of the Wing of the Thing"
Lisa Cooley Gallery 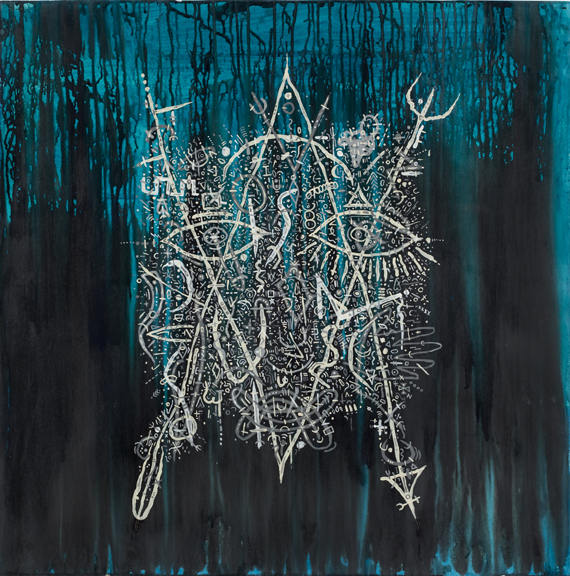 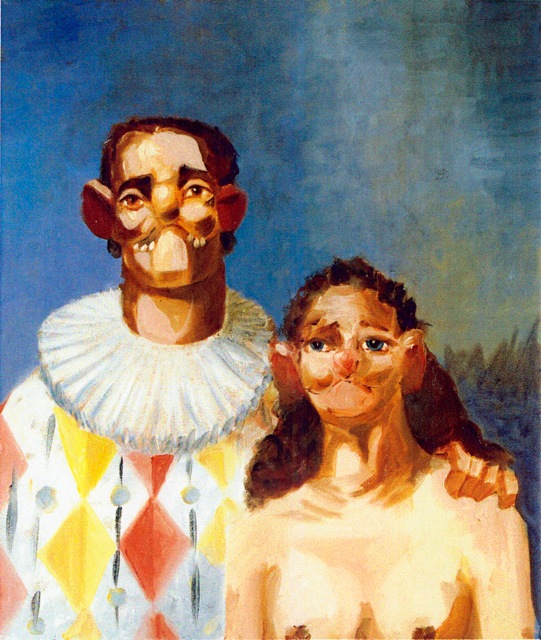 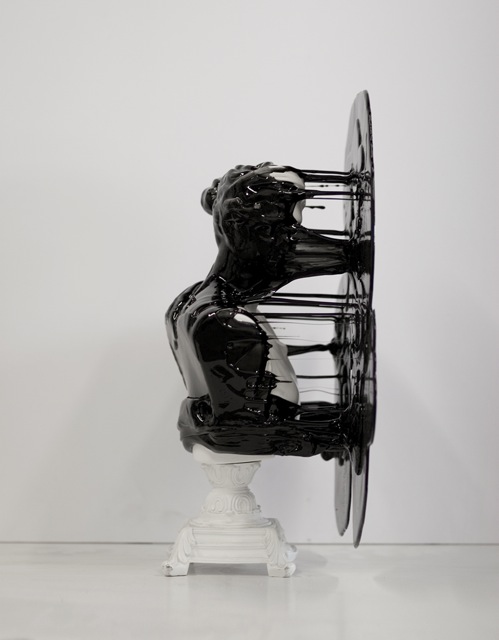 -The Global Africa Project and Patrick Jouin: Design and Gesture
Museum of Arts and Design 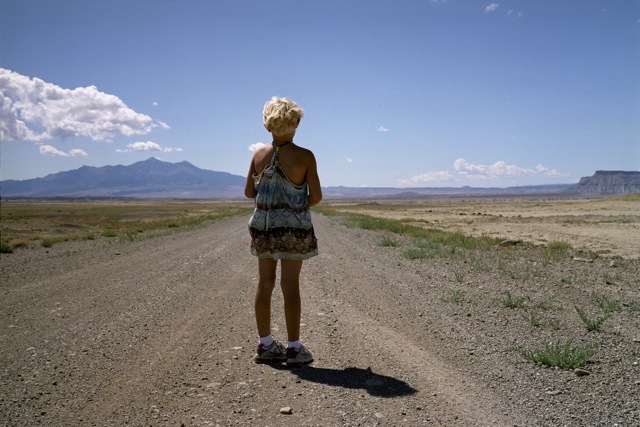 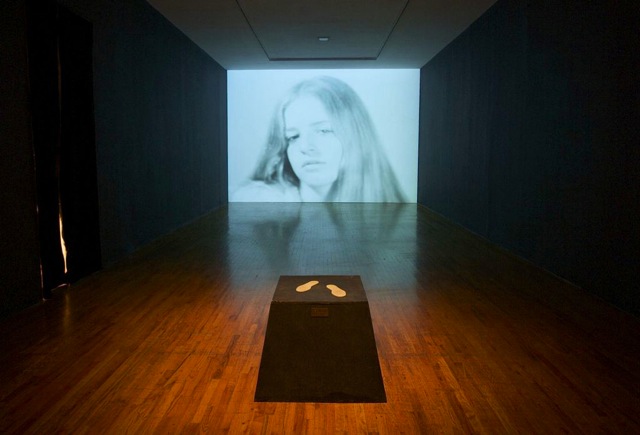