There are 6,000 languages in the world, and half are endangered. Those 3,000 will be gone by the end of this century if we don't do something. What are we going to do? That is the situation outlined in a new PBS documentary, Language Matters with Bob Holman, by David Grubin and Bob Holman.

Why is saving endangered languages important?

These 3,000 endangered languages are part of the history, and the prehistory, of humanity. They are part of prehistory because many are only spoken languages, not written, passed orally from generation to generation, down the millennia. 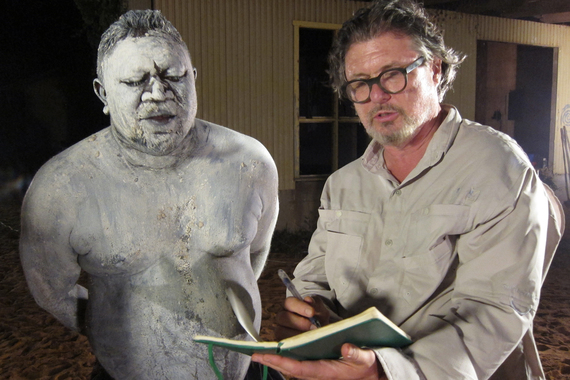 As the linguist David Crystal writes, "Each language is a vision of the world. Each language says something different about what it means to be human compared with any other language."

Language comes out of the physical environment, the land, the winds. For aboriginal peoples, words are essential for survival. For example, the beautiful red Australian grasshopper called "Ngalyuur" in the local aboriginal language exists only in a tiny area, but it is crucial to the survival of the ecosystem and the aboriginal people who depend on it. At 28 minutes into the film, you will see why. 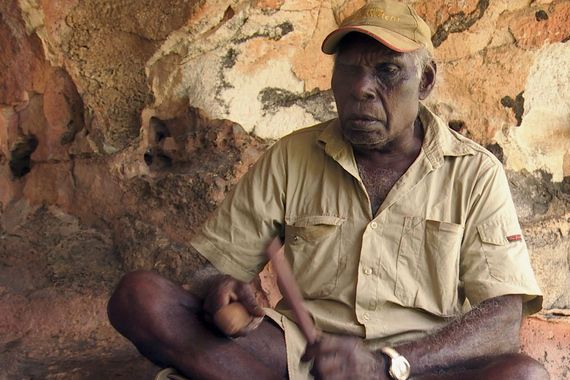 The beginning of Language Matters constitutes one of the great sequences in all of documentary film: Three aboriginal men are sitting in a cave in Australia. They are playing instruments. On the walls are ancient drawings.

One of the three, Charlie Mangulda, is singing. The face of Charlie as he sings is unforgettable.
The language he is singing in is Amurdak, and Charlie is the last speaker on the planet of this ancient language.

Charlie is 75. When he is gone, no one will speak Amurdak. The language will disappear save for the notes of linguists.

In Language Matters the filmmakers visit Australia, Wales, and Hawaii to portray the problem and offer solutions. 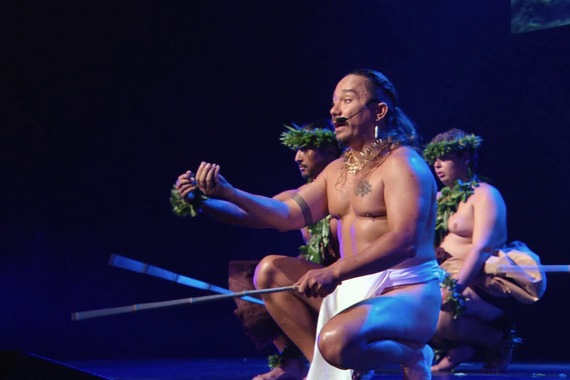 In Wales, Bob comically grapples with Welsh, a notoriously difficult language, as he prepares to present a poem he wrote in Welsh at a poetry festival. In a funny scene, Dewi Prysor, a novelist, poet, and songwriter, tutors Holman in Welsh, though the two will be competing for first prize in the competition. Why would Dewi teach Bob so much that the novice beats the master?

Holman's advocacy of endangered languages grows out of his decades-long history as an advocate of spoken word poetry (as opposed to poetry that exists for the most part on the page and can be experienced in silence), hip hop, poetry slams. 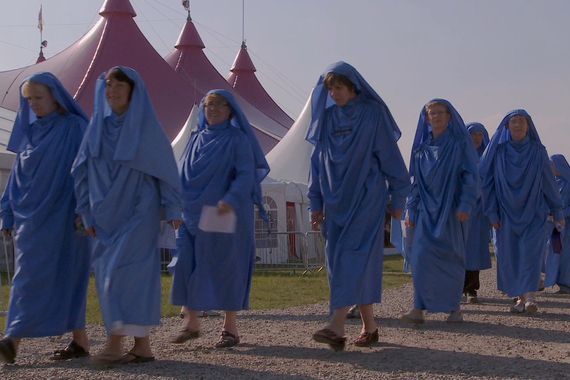 Bob and I have been friends since 1983, when we gave a reading with the Scots ballad poet Helen Adam at No Se No Cafe on the Lower East Side.

A wildly adventurous poet, Bob has championed the art for decades, as program coordinator at the Poetry Project at Saint Marks in the Bowery, a co-founder of the NuYorican Poets Cafe, and at his Bowery Poetry Club, all in Manhattan's East Village. His most recent book of poems, Sing This One Back to Me, includes his transcriptions of the great West African Griot Papa Susso.

You can see more about his work (which is often a lot of serious fun) on the web in "On the Road, with Bob Holman," where he visits West Africa, Timbuktu, and Israel and the West Bank.

"Unlike all the other global crises -- climate threats, species extinction -- the Language crisis is one that can be solved simply," Bob writes. "Speak your Mother tongue at home, respect your neighbor's culture, support governmental efforts to keep the planet alive and various in all its marvelous cultural diversity. ... Let the World speak!"

Author, 'The Gospel According to RFK: Why It Matters Now'