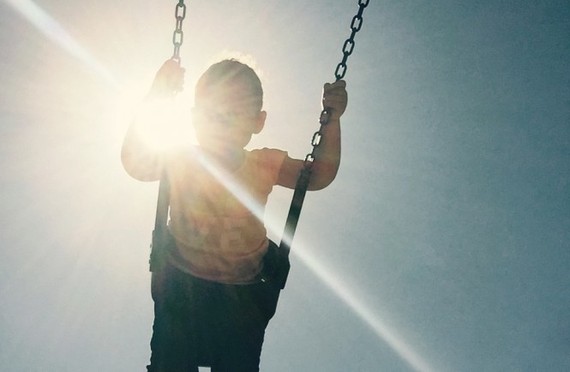 A judgment made that she's too old to be in diapers. The expectation that she has any concept of age or enough motor control to hold up two specific fingers on command from a stranger.

I had an uncle who had to bring his birth certificate to every youth football game he played in and even then, he was eventually asked to leave the league. His brother was shamed while trick-or-treating at age twelve when he towered over his peers.

My husband has been pulled over by the cops on occasion and every time he's been asked to step out of the car, he warns the officer of his size. Because giant Black men and police officers don't always get along.

But when you, a stranger, tell my little girl "that big girls don't cry," I want you to know you're not helping. While she may look too old to be crying over a broken crayon in Target -- she isn't. She's only two.

She still gets scared at night, of the dark and of being alone. When she gets hurt, or sick, she still only wants her momma. Even when she's off on adventures exploring her world, she sometimes still needs a hand to hold. For balance, for reassurance and for the simple fact that it is there. Ready to help her and guide her when she needs reminding she's not alone. When she's had a bad dream it doesn't matter what her shoe size is. When she misses her daddy her big-girl pants don't help.

Don't tell my daughter not to cry when she's scared or unsure. Don't squeeze her leg and joke that she "never misses a meal," when she doesn't know, yet, that to be thin for girls is supposed to be everything. Don't tell her she's too old for something, when her momma tells her to seek out the magic in the world around her and don't tell her grow up; because it'll happen faster than it should and she'll always be my little girl.

Children need time to grow and to play. They need boundaries and freedom in equal parts. They need people to love them and people to protect them, and for her -- I am going to do both.

I refuse to let my daughter be rushed through the time of faeries and dinosaurs; to skip over evening walks with her parents and the excitement of newborn kittens.

I won't let her miss late nights and hot chocolate while we wait for lunar eclipses, or the chance to splash and bring ripples to the perfect puddle. For years she'll wake up to presents under trees brought by magic and to mysterious eggs that appear in the garden. She will be little, and we'll be grateful, because so many children don't get to be.

So, for the sake of the biggest kids on the sports teams, and the 2-year-olds in diapers who look more like 4, and for the kids Trick-Or-Treating who look way too tall...

Let's let them be little -- even when they're not small. 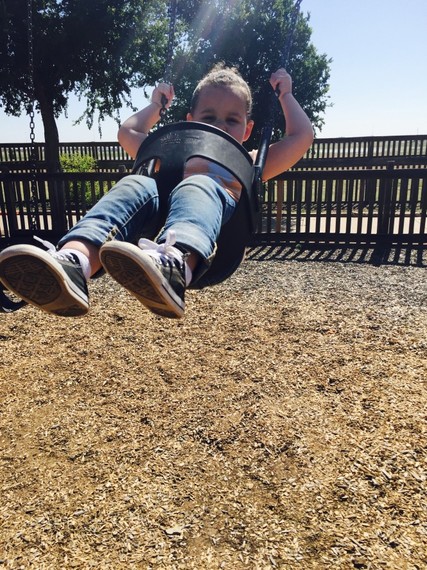