Some of us may remember a childhood playing out in the woods, building tree forts, or playing curb ball in the street, those long hours until the sun went down spent creating an imaginary world with the kids of the hood.

But it's more than nostalgia. According to neuroscientist Jaak Panksepp, a childhood of unstructured play is vital to brain development and to developing the skills necessary for socialization. For Panksepp, well-known and esteemed by colleagues worldwide for his research into emotions, play is one of the seven fundamental instincts of all mammals, and has an evolutionary function. Play teaches us how to negotiate with others, create alliances, test social realities, and understand the boundaries of what is and is not fair. As Panksepp puts it: "Play is influential to refining our frontal cortical, executive networks that allow us to more effectively appreciate social nuances and develop better social strategies." When allowed abundant expression, he adds, "play helps construct and refine many of the higher regions of the social mind." 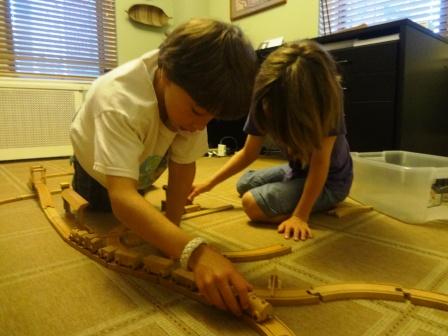 Unstructured play, that is. Panksepp attributes the rise in ADHD in children to their not being allowed to be on their own to engage in free play with other children. "Play is now increasingly rule-bound and organized by adults and seems increasingly lost in our evermore regulated and litigious society where too many kids have little freedom to negotiate the social terrain on their own terms." Today's child, especially in urban areas, is supervised 24-7, and goes from lesson to play-date, without ever having those luxurious hours to, as Baudelaire would say, be a flaneur. Gone is that childhood so whimsically recalled by film director Werner Herzog in his autobiography, growing up playing with fellow kids in the bombed out rubble of Berlin, and blessing his fortune to have done so.

Other researchers on play have come to similar conclusions. Psychologist Lawrence Cohen, author of the upcoming book The Opposite of Worry: The Playful Parenting Approach to Childhood Anxieties and Fears and an earlier work, Playful Parenting, told me that one of the major issues that parents bring their children in to see him for is anxiety. One of the main causes for the child's anxiety, he finds, is the parent's anxiety. "There has been a huge change since 9/11," Cohen noted. "Parents are more overprotective, worried about their children playing outside without supervision."

And what happens when children do not have the opportunity to play freely? "They don't develop the ability or confidence to work things out on their own. They don't develop street smarts." For Cohen, "an eye out the window to make sure kids are okay is sufficient." And quite different from the current trend in "helicoptering, hovering and organizing." "Because of the hyper-worry about stranger-danger," he observes, " We protect kids from every possible bruise and they never develop good instincts about people, who is safe or not."

Another current trend that Cohen adamantly believes is off-the-mark is the tendency for adults to make every activity a learning opportunity, rather than letting the child learn on her own. "Parents got this half-idea that every play moment is a chance to teach their child a fact or a skill. Parents are not told that kids need play, but the old fashioned kind of play, the physical kind, rough-and-tumble play, or building. Now on the playground, the child does not have any chance to play because parents are trying to teach them something. What color is this truck?" He laughs as he tells me that game producers now have a marketing ploy to label toys with a number or alphabet letter, knowing that such toys sell more. "But if you give a child an object with no instructions, the child learns with much greater proficiency."

As for ADHD, Cohen agrees with Panksepp that not enough play is a contributing factor. "There are a small number of children who actually have a neurological deficit, but for the vast majority of children who are labeled that way, school is not a good environment to thrive, because they don't get to move their bodies, to determine their own direction and learning. They get punished for that. Boys who are too active lose their recess!" For him, rather than losing recess, over-active children should have more of it. "Education would be revolutionized if there were more opportunities to run, rough-house, play."

Cohen has held seminars teaching parents how to "play" with their children at the progressive school The Blue School in New York, for whom he is also an advisory board member. What Cohen recommends is for parents to "pillow-fight and rough-house" with their kids. As he explains, "Rough-housing is a way to develop social intelligence: having a sense of what other people are feeling and doing, predicting what others would do." "We loved it," commented one parent after the workshop--as she playfully lifted her daughter and tossed her in giggles in the air.

Overall, the point is let your child play freely. When play is free, Cohen concluded, "it develops the flow state, which is the source of creativity, new original thinking and problem-solving." These skills of independent creative thinking go to the wayside with too much supervision.

Along with free play, another activity goes to the wayside when it comes to play-dates, violin lessons and other such supervised activity: the freedom of being bored and alone. I myself can attribute my early love of reading--and my early writing-- to being left alone to my own devices, which--as a child--are quick to come. I could not imagine learning how to be creative and resourceful by going from one scheduled activity to another, always in the company of a nearby adult, while--in the down-time--distracting myself with an electronic gadget. As the poet-philosopher Bachelard puts it, "It is a good thing, even salutary, for a child to have periods of boredom, for him to learn the dialectics of exaggerated play and causeless, pure boredom.....What special depth there is in a child's daydream!" 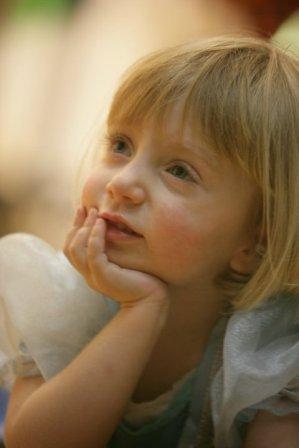 More:
adhd-treatmentParents child psychologyneuroscienceBrain Science
Newsletter Sign Up
Raise the kind of person you'd like to know
Subscribe to our parenting newsletter.
Successfully Subscribed!
Realness delivered to your inbox