Coloring books for adults are big news, with over 10,000 listings on Amazon.com featuring mandalas, paisley, flowers and forests. There are, of course, dozens featuring cats and many with ubiquitous "stress relieving patterns." Crayola, eager to sell their crayons, just released a grown-up coloring book with retro designs.

But what about those of us with more dystopian views who yearn to put colored pencils to paper? Thank gods for Patrick McGilligan, whose Lethargic Artist Coloring Book was just released, with an introduction by Huffington Post columnist Mat Gleason, a judge on the new RuPaul-hosted Game Show Network series, Skin Wars: Fresh Paint. McGilligan has created over a hundred portraits of men, women and characters from pop culture in his bold style, recalling R. Crumb and George Grosz, the visual equivalent of a Charles Bukowski novel.

McGilligan's original drawings from the coloring book were on view at Coagula Curatorial, as part of the $99 Art Show, which also features his colored artwork that show a district 1970s design influence, as well as referencing Planet of the Apes celebrities and uncomfortable male/female relationships. The originals from his coloring book, drawn in ink on the slip cards from comic books, were 2 for $99 during the closing weekend. 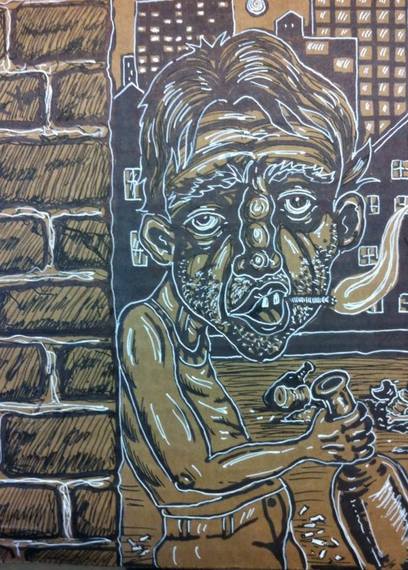 Alone With His Thought 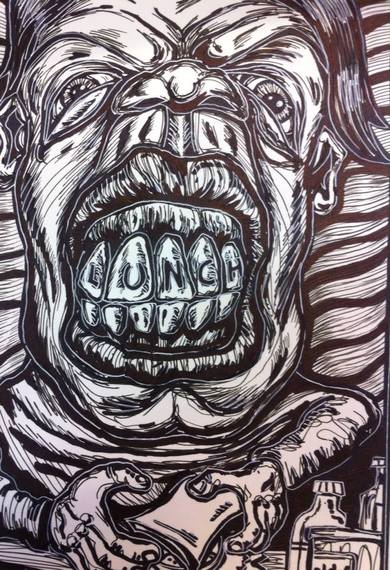 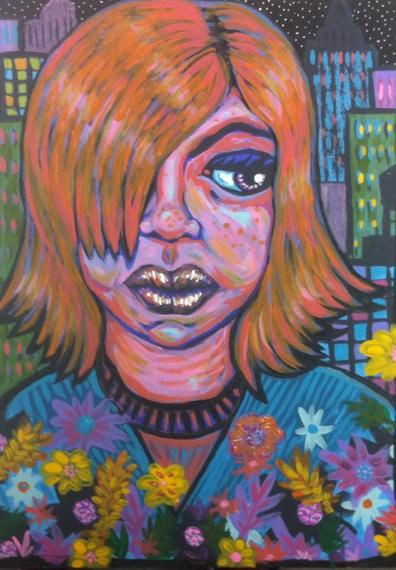 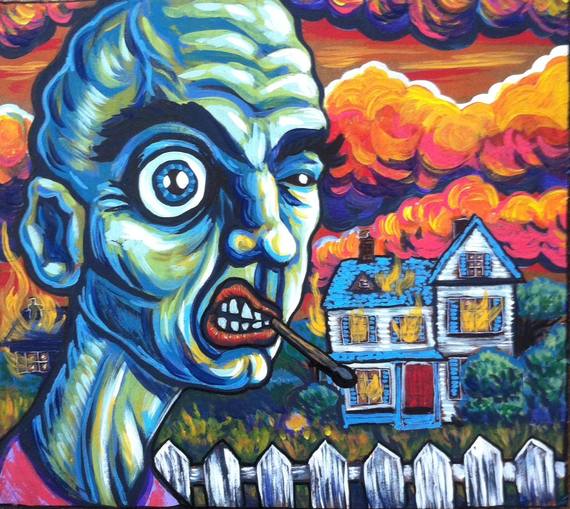 Someone Like You Should Not Be Allowed to Start Any Fires