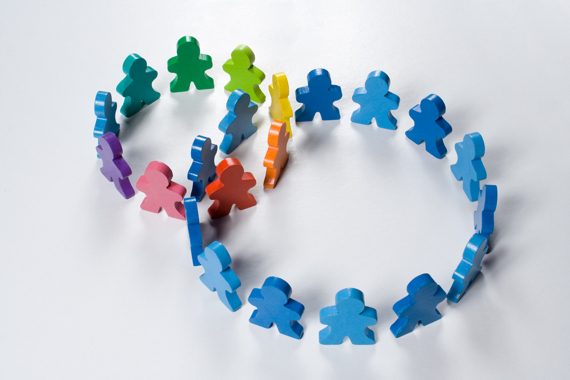 The conversation about diversity is finally opening up. We have a long way to go, but gender and ethnic equality are firmly on the agenda. From the law to the notoriously homogeneous tech industry, leaders are taking notice and working to create change. But there's a gaping oversight in the conversation that's too often ignored: In the push to improve diversity, we have to recognize that age matters, too.

Nearly ten years ago, Facebook CEO Mark Zuckerburg--then 23 years old--told a startup event: "Young people are just smarter... Young people lead simpler lives. We may not own a car. We may not have a family. Simplicity in life slows you to focus on what's important." Now a new father and in his 30s, at the helm of one of the world's most valuable brands, one wonders whether he's changed his mind.

One thing is clear, however: The opinion of the tech industry as a whole hasn't shifted at all.

Tech's Failure to Connect the Dots

When Twitter's engineering manager, Leslie Miley, left Twitter last year, he refused a severance package so he could speak openly about his exit. In a post called "Why Diversity is Difficult," he talked about Twitter's efforts to be at its diverse best--only to turn around and oversimplify the situation or forget about it altogether in the course of getting things done.

"In attempting to achieve the appropriate level of blackness that makes me palatable to tech, had I unwittingly erased the importance of maintaining my blackness in a sea of white faces?" Miley asked.

Questioning that tightrope echoes the conflict that faces many tech workers as they "age out" of their twenties and approach middle age. For the first time, there are five generations in the workforce: Traditionalists (also called the Silent Generation, born before 1946), Baby Boomers, Gen-X'ers, Millennials, and the youngest, Generation Z. Such a range has the potential for significant diversity of thought and action. Instead, age discrimination in tech has rendered the three older generations barely visible--even Millennials are starting to feel the pressure.

The median age in the workforce is 42 years old; the average age in the tech industry, according to a survey by Payscale, ranged from 28 to 31 at major tech companies, even younger at a few outliers.

It's so conspicuous that a quarter-life-crisis drives many in their twenties to seek out Botox and other treatments to keep their youthful glow. "Years of experience, plenty of talent, completely obsolete," summed up Noam Scheiber in an article for the New Republic.

Consider this: In 2014, there were more than 20,000 age-related discrimination charges filed against employers. One computer scientist, who brought a claim against Google when he was 54, had been told his ideas were "too old to matter."

However, it has been proven that a broader scope of experience enables groups of coworkers to perform more effectively with greater collective knowledge. Study after study has shown that with diversity comes strength--whether we're talking about age, gender, ethnicity, socioeconomic background, or even alma mater.

Over-reliance on any particular quality or measure risks groupthink, and it ignores the facts: Innovation knows no age. According to a report by the Kauffmann Foundation, less than a quarter of startups are founded by people under the age of 24; they're just as likely, if not more so, to be launched by people aged 55 to 64.

Older workers have not only have the skills and experience but also a deep understanding of their area of expertise. This expertise complements the academic knowledge of more recent graduates. We just need to do a better job of encouraging and acknowledging both.

Embrace a Broader View of Diversity

As HR pros well know, diversity does have its challenges. In a study of workplace data, MIT economist Sara Ellison found that similar groups of people often enjoy stronger camaraderie; their ability to relate to each other can make it easier to establish "cooperation, trust, and enjoyment of the workplace."

However, Ellison also observed that being in sync didn't help groups perform better. "A baseball team entirely composed of catchers could have high esprit de corps...but it would not perform very well on the field," she said.

Committing to a diverse workplace extends beyond race and gender; tech companies are missing out on innovations that might arise from including older points of view in their talent pools. While many companies embrace the idea of workplace diversity, too few recognize that commitment includes fighting ageism in tech, too.