Social media communication tools and practices are beginning to mature, so it makes sense to discuss and debate values that underlie behavior.

Journalists, PR and advertising managers, and marketers must confront changing norms. Professor Stephen J. A. Ward at the Turnbull Center in Portland has made the case for "radical" change in the view of journalism ethics and global practices. Beyond the implications of an interconnected world, Ward is concerned with the proliferation of activist journalism:

I've previously written about the problem of real-time public sourcing on Twitter of the separation of rumors from story facts - particularly when journalists work across cultural norms. 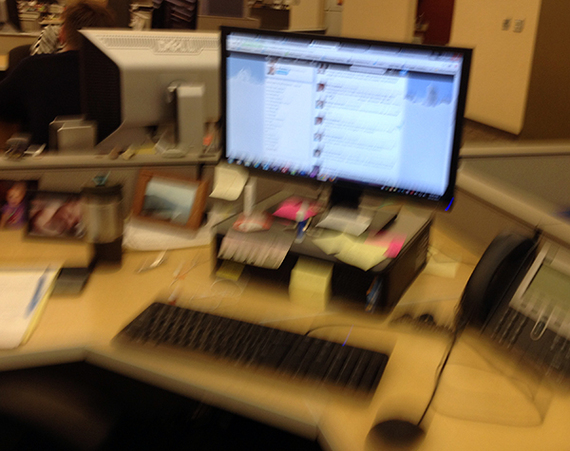 It comes down to credibility and trust. Ward recently added that it is not enough for a news reporter to exercise transparency. By misidentifying suspects, for example, Ward says transparency cannot replace other important values.

The haste of online sites, bloggers and tweeters was due to the desire to share unchecked information in a "transparent" manner. Irresponsible publication occurred because other values, such as verification and minimizing harm, were absent and sorely missed.

In Ward's view, "independence, not transparency, distinguishes journalism from propaganda, journalism from narrow advocacy." He challenges a key point in The New Ethics of Journalism (2014), a volume edited by Kelly McBride and Tom Rosenstiel - Ward wants to reform independence rather than replace it.

To be fair, McBride and Rosenstiel discuss transparency within the context of 20th Century mass media scale and neutral voice:

These two precepts, which grew out of both an economic and a democratic imperative, led to an ethical principle of independence: the notion that the organization and the individuals who create the news should not advocate for outcomes or slant the news in favor of a particular point of view (pp. 89-90).

Reading further, their perspective values "independent observers" and not lowering standards because "true transparency is more than disclosure" requiring "producing the news in ways that can be explained and even defended." The book explains this further in Adam Hochberg's chapter discussing the Wisconsin Center for Investigative Journalism's concerns related to nonprofit news organizations: donor transparency, editorial independence, the firewall between journalism and fundraising, and conflicts of interest (p. 132).

We should also recognize that independence has always been an ideal, and local news organizations regularly struggle with the need to keep advertisers happy. This has not changed in the digital era. If a newspaper uses its official news brand on Facebook and Twitter to promote a grand opening, it sacrifices a degree of editorial independence. There is a conflict of interest, if it fails to report a problem, such as a traffic jam that affects the public interest.

But let's not limit our thinking to journalism. Failure to disclose interests is a huge social media communication problem with public relations, advertising and marketing.

From sponsored content to native advertising, the lines between content and vested interests are crossed in ways that promote neither transparency nor independence. On LinkedIn, for example, Felix Salmon notes that "there is very little distinction between editorial and advertising" because it "is all just posts."

Therein lies the deeper issue of social media communication ethics. Real-time interaction and engagement happens within the context of individual social networks and marketing strategies. CEO's are now being called upon to be social media participants, according to one study, in order to show innovation, build media relationships, provide a human face for the company and other aspects of reputation management.

Information verification goes a long way toward finding an ethical path. Fairness is more challenging because we make subjective judgments. It owes a lot to traditional ethical concerns about morality, justice, virtue and safety of others. Social media communication should not alter fundamental values and ethical principles, but we must be open to differing values, principles and practices that we encounter within global social networks. The early debate about ethics is not a threat. It is healthy and serves our desire to promote democracy, community and freedom.