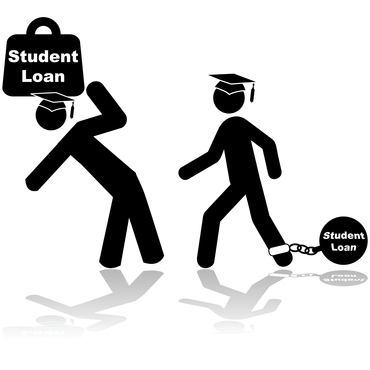 I am viscerally offended by the fact that today's students are stuck paying huge debts incurred getting a college degree. What kind of a country have we become where a college graduate with empty pockets starts their working life burdened with a debt that will take them decades to pay off?

If there was ever a reason to defrock politicians, it is for their inherent inability to remove the needless barrier of debt that impedes the best and the brightest, the most ambitious and creative among the lesser financially endowed.

My College Days: A Stroll Down Memory Lane

Although I graduated from Brooklyn Technical High School, which is one of the elite high schools in New York, my marks were not exactly stellar. I was rejected by most colleges until thankfully being admitted to New York University's uptown campus when it was on University Avenue in the Bronx.

I entered NYU in January 1945 at the age of 18. WWII was still raging and I was in the Reserve Officers' Training Corps in preparation for my expected entry into the Army but the European War was over in April and the Japanese surrendered in August so I had just missed the call for additional troops. Given those circumstances, I opted to take an accelerated course with a heavy academic schedule, which allowed me to graduate early with a BA in English in the fall of 1947. My marks in Science and Language courses were borderline flunking, but I managed to squeak by. I loved my English Lit courses and did exceedingly well. Indeed, my freshman English Professor Don Wolfe inspired me to become a Novelist, for which I am, and will be, forever grateful, eternally (if there is an afterlife).

My family was hit hard by the Depression. My father was mostly out of a job, and when we were finally dispossessed by our landlords, we were taken in by my maternal grandparents whose sons--my uncles--had bought them a tiny house in Brownsville, Brooklyn. It became our family's refuge during those hard years.

During my time in college, my father did have a modest job, although hardly enough to finance my education. I started to work at fourteen years old, which was, in those days, the age when one should get official working papers. It was a given that I would have to pay my own tuition and whatever other expenses were needed to sustain me through college.

That was perfectly fine with me. I did not think of it as a hardship. It was expected, and while I might have missed much of the intramural activities of college life because of it, I look back on those jobs as one of the great experiences of my life. It was what poor college students did. I felt no shame or depressive burden.

After my classes I would rush off to my various jobs, an activity which I was accustomed to. I worked at anything I could find. I was a bus boy, a survey-taker, a shoe salesman at Macy's, a bar checker at the Fifth Avenue Hotel, a camp counselor, a candy packer at Abraham & Straus in Brooklyn, a counter man at a hole-in-the-wall cigar and candy store at 25 Broad Street, a waiter at the Goldman Hotel in New Jersey, a lifeguard, a babysitter, a janitor, a snow shoveler, anything that paid the going wage of fifty cents an hour. It was an accepted part of the American spirit of striving through adversity and the fact of the matter is, I was able to pay my tuition and expenses because the cost of a college education at that time was not nearly as astronomical as it is today.

If I had to carry a debt burden at that crucial time in my life, I would have been trapped into the slavish pursuit of paying off my debt; it would have been my first financial priority and would have crippled my ambition and future. Thankfully, I was debt-free and had the freedom to make upwardly mobile choices.

When I graduated in 1947 most good jobs were filled by returning veterans. I worked my butt off trying to find a job, but who the hell wanted to hire an English major? It was difficult running around New York City, sitting in employment agency offices, suffering rejection after rejection. It was downright discouraging, and I was angry as hell. I thought, I'm a college graduate, I deserve a job.

It is already hard enough for a young person with empty pockets to get started on the path to self-support and fulfillment and entering the labor market with a debilitating debt burden to top it off serves only to inhibit ones ambition and corrode the soul.

After college, the only job I was able to get was as a copyboy for the New York Daily News at $12.50 a week, the equivalent of $130.00 by today's inflation rate, and an extra two bucks for working night shifts. Despite this, I felt lucky as hell to get that job. It marked the beginning of my career, a startup, to use a contemporary term.

It is disgraceful, shameful, elitist, and un-American to saddle our young people with astronomical amounts of debt they will likely spend half a lifetime (or more) trying to pay off.

We live in America, land of opportunity, fierce competition, innovation, imagination, ambition, risk-taking, resourcefulness, big dreams, big ideas, and big chances. Not everyone becomes a movie star or a billionaire and, as they say, wishing won't make it so, but the least we can do is give our young people an education that is sustainable and affordable enough so that they can chase whatever dream they have.

We hear a lot about inequality these days. Dependency is the enemy of equality. It's time our politicians and educators figured out a better way to nurture our young people and not handicap them. Feeding one's mind with useful and productive skills and knowledge should not be burdened by such unnecessary debt constraints.
There is something inherently counter productive in today's student loan program. It hobbles the drive and ambition of students whose legacy will be empty pockets through no fault of their own. I'm not knocking the richer kids. Lucky them. Chances are that many of their parents encountered the same obstacles I did but at least they do not have the burdens of student debt to stand in their way.

Upward mobility in America is like a horse race. Equalize the weight the horse has to carry and allow the race to commence - the joy of striving is an achievement in itself, win or lose.

Warren Adler is best known for The War of the Roses, his masterpiece fictionalization of a macabre divorce turned into the Golden Globe and BAFTA nominated dark comedy hit starring Michael Douglas, Kathleen Turner and Danny DeVito. In recent development are the Broadway Production of The War of the Roses, to be produced by Jay and Cindy Gutterman, The War of the Roses - The Children (Grey Eagle Films and Permut Presentations), a feature film adaptation of the sequel to Adler's iconic divorce story, Target Churchill (Grey Eagle Films and Solution Entertainment),Mourning Glory, to be adapted by Karen Leigh Hopkins, Funny Boys, to be produced by Julian McMahon and Charlie Loventhal, and Capitol Crimes (Grey Eagle Films and Sennet Entertainment), a television series based on his Fiona Fitzgerald mystery series. Warren Adler's newest thriller, Treadmill, is officially available.