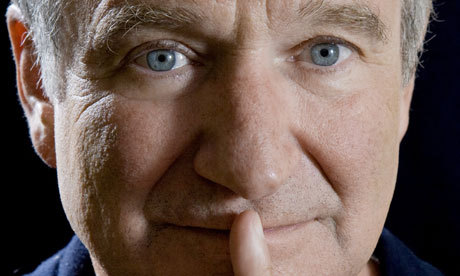 Yesterday at the gym I was watching television, since you can't be on any elliptical machine at my gym that doesn't face a TV screen because God forbid that we have one freakin' moment in our lives in which we're not being advertised to. 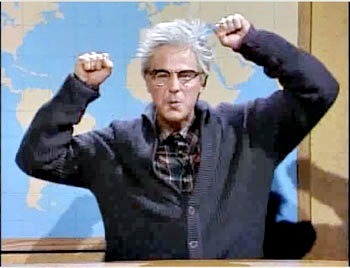 Or, as I read it: "AND NOW FOR TWELVE COMMERCIALS."

Which, of course, immediately started.

Who would change the channel with such tempting fare ahead?

Back home I had waiting some emails from people wanting me to know that a Matt Walsh blog post about Williams' suicide had gone viral.

I would have visited Walsh's blog to read the post, but, alas, my hazmat suit is at the dry cleaners. So no go.

Late last night I got a couple of emails from people asking if Robin Williams is now in hell for having committed the sin of suicide. Apparently fundy-type Christians everywhere have written that he is.

Robin Williams is not in hell for committing suicide. There is no such place as hell -- and the only people who want others to believe there is a hell make money off the fear that that belief engenders.

And even if there were such a place as hell (which, again, there isn't), no God worth a shredded church bulletin would send a person there for feeling so hurt and unloved that he or she was driven to the ultimate expression of despair.

Today the coverage of Mr. Williams' sad demise will be half what it was yesterday. Tomorrow it'll be half that. By Monday we'll all be mesmerized by some new tragedy that the corporate media will be using to sell us crap we don't need.

God bless you, Robin Williams. Thanks for making us laugh. May your soul know in heaven the peace it too rarely knew on Earth.

And may we all today know a little more of that peace than we deserve.