Get your skis ready - winter is coming up in the Alps, and you'll soon be carving down the freshly fallen powder. But will you really?

At present, 36% of the snow on Swiss and 62% on Austrian ski slopes come out of snow cannons. Climate change is taking its toll; winters have gotten shorter and warmer. Every year, 60 million kWh is needed to produce this artificial snow in Switzerland alone - an amount sufficient to power 11,000 Swiss households. This activity ends up emitting more than 30,000 additional tons of CO2 into the atmosphere every winter.

Across the Atlantic, communities are in dire straights over issues much more concerning than next weekend's snowfall. Latin America, home to around 625 million people, supports relatively climate-friendly electricity production to power the needs of the region. The likes of Brazil and Colombia are currently drawing nearly 70% of their energy from hydropower. However, droughts across the region have worsened in recent years as a consequence of climate change. Blackouts due to lack of water have become a serious threat, and hydropower is seen as an increasingly risky source of energy. This has lead to serious repercussions: in Colombia, for instance, the government is now considering to ramp up its thermal power production, as power from fossil fuels is seen as more "stable" compared to the more environmentally-friendly hydropower.

The world needs to adapt to climate change - the question is how. Are your investments into adaptation in line with the 2 degrees target, or might they actually be creating even higher levels of carbon dioxide emissions? While countries are working to mitigate and adapt to its effects, climate change can, as a wicked problem, actually hinder precious adaptation efforts and set them on a regressive trajectory.

As a part of the Paris Agreement, governments have now committed to unlocking USD 100 billion per year by 2020 to boost climate change mitigation and adaptation efforts. Yet mitigation and adaptation are often treated as separate topics, and the metrics to measure the impact of such investments are still very obscure. There is thus a risk that "climate finance" spent on adaptation is actually increasing emissions levels.

For that reason, it is vital that we make sure to spend available adaptation dollars in a way that advances the global climate change mitigation agenda - or at the very least does not hinder it. 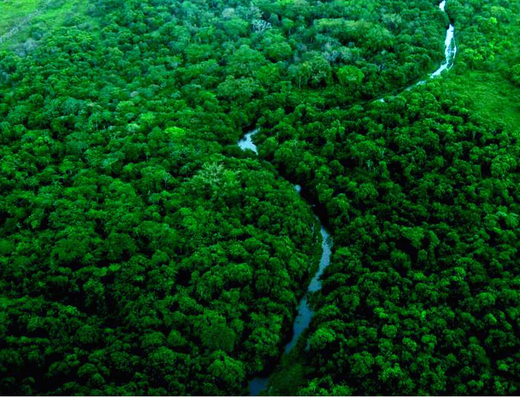 In Colombia, better forest governance strategies are being developed to avoid deforestation and encourage the conservation of strategic ecosystems - all while building the long-term resilience of local people: a REDD+ and a Payment for Environmental Services-PSA project, carried out in the Corpochivor jurisdiction of Colombia, outlines financial incentives for stopping or reversing forest loss and is helping to educate locals on more sustainable uses of forest and water resources. The South Pole Group-managed project has, among others, rigorously assessed the opportunities of conserving natural resources for local producers of agricultural goods. Currently is the only one project in Colombia that combines REDD+ and PSA strategies in high mountain ecosystems and Paramos. The results are already informing community members of next steps on how to engage in alternative agricultural practices that can generate, over time, not only environmental but also economic additionalities and benefits. The Corpochivor project is also unique in the sense will be carried out by a public-private partnership: this ensures a longer-term focus for the substantiated adaptation activities as well as better risk- and cost sharing. Going forward, private sector involvement in smart carbon-cutting and PSA projects with crucial adaptation benefits will also be key in bridging the gap between what governments can offer and the monumental demand for climate cash.

Safe-water programs in Africa are another example of climate-smart adaptation: In Uganda, the consequences of climate change and a rapidly growing population extort immense pressure on the remaining forests and overall water resources. Instead of boiling water, thereby using unsustainably harvested firewood, chlorine dispensers enable local communities to adapt to climate change, while simultaneously reducing CO2 emissions. In neighboring Tanzania, alternative water treatment methods to boiling are also being established especially in the remoter parts of the country: in the region of Kagera, household water filters remove all pathogens from drinking water collected from nearby springs or streams. This translates into less time used to collect firewood and boil drinking water, less firewood being burnt, and less overall greenhouse gas emissions - two tons of emissions per family per year to be precise. Improved and sustained health and time savings will help communities in Kagera to sustainably better their families' livelihoods in the long run. 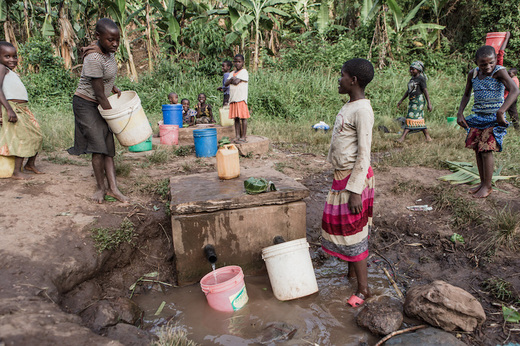 Coming back to Switzerland, some of the lower-level ski resorts are already struggling: snow canons can only operate below a certain maximum temperature. We can fire them up with as much power as we want but climate change will ultimately beat us to it, leaving us with the option of swapping our skis for Nordic walking sticks. Similarly, across the puddle, if Colombia decides to switch from hydro to thermal, it could lead to the government hiking electricity tariffs for all end users to ensure oil-fired generators remain financially viable amid higher fuel costs. This move will ultimately prove unsustainable in the long-term as the world transitions to a low-carbon future.

The bottom line: we do not have time to fail to learn about effective adaptation measures. We must build on successful practices that are going on at the moment and apply them elsewhere. This is the only way to ensure the resilience of our communities, companies, and climate.