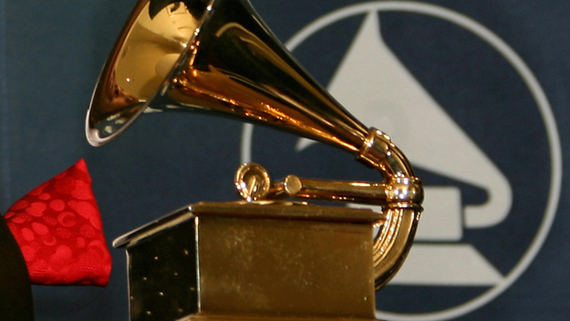 With the 59th's Annual Grammy Awards coming up, much talk has emerged about just how the first Grammys of the Trump administration would go down. In a recent Rolling Stones interview, while the show's producer expressed understanding that artists shouldn't have to suppress their views, some organizers have expressed caution over performances and monologues that might take a stab at the Trump administration. With CBS paying over $20 million just to air the award show, it's no surprise organizers would want the smoothest outcome. However, music was never meant to be smooth. It was meant to be gritty, reflective, and raw. A turbulent political atmosphere isn't a setback to the Grammy's. It's a push forward for music.

Music doesn't always have to be political. Everyone needs a party hit or a song that just hits other emotions - hence why albums like Daft Punk's "Random Access Memories" have won in the past, or songs like Duke Dumont's 2014 banger "I Got U" were nominated. Still, political songs shouldn't be worrying, especially since music's marriage with politics is nothing new. Many political songs and performances have been subjects of controversy in the past, like Beyoncé's "Formation" and Kendrick Lamar's "Alright", both of which are 2017 nominees, and both of which have allowed for heart-stopping past performances. News articles and panels have been throwing around the word "controversy" to describe these songs but in reality, these performances aren't causing controversy. They're sparking conversations - unfortunately ones that many people still don't want to have. When someone comments that Beyoncé's performance is praising violence against police, we shouldn't be so quick to call Beyonce controversial. She's not an attention-seeking celebrity. She's an artist having a conversation with her audience and some people, angry as they were, joined.

Trump's inauguration may have strengthened our politics-detectors but music and politics have been blending long before. Music was never supposed to be solely apolitical. Politics are the reason for classics like MJ's "They Don't Care About Us," KRS One's "Sound of Da Police," and Janis Joplin's "Women Is Losers." It's also the reason for modern performances, like Macklemore and Ryan Lewis's performance of "Same Love" at the 2014 Grammy's, where thirty-four same-sex couples were wed - a performance that even got a reaction from the "typically publicly apolitical" duo Daft Punk that year. Some have been assuming a more political performance from Lady Gaga at the Grammy's after her Superbowl show, which saw mixed interpretations. However, Lady Gaga was practically a mascot for the LGBTQ+ community when "Born This Way" came out in 2011. Music has always been depicting reality from the artist's perspective. To some, the reality in 2017 is that we're in a vulnerable political state and many of our ethnic communities are angry about being overlooked and systemically oppressed.

Celebrity Twitter accounts are only so far-reaching when it comes to activism. It isn't necessarily a singer's job to be a part-time humanitarian but we can't blame artists for taking the opportunity when it arises, whether through performance or in acceptance speeches. The amount of people who probably care to listen to an artist list off names of friends, producers, photographers, videographers, and designers to thank is only so long. When artists use their few minutes of gratitude to highlight the issues that impact us all, it gets people's attention, and for a good cause.

Ratings matter, and with last year's Grammy's garnering approximately 25 million viewers, it's understandable for organizers to be keeping a close tab on the messages that might be sent out by artists this year. Still, the dignity of music and its musicians matters too. The fact that celebrities are tying their music into the issues that impact so many of their fans is valuable. When there are so many poor lyrics readily available in the mainstream music industry, why would we be afraid of truthful ones? Twenty-One Pilots, who racked up three nominations this year, have long been creating music addressing mental health. Though Chance the Rapper has gotten exceptional fame thanks to 2016's Coloring Book, Acid Rap (2013) and other mixtapes contain commentary on life for youth in Chicago. Even Lukas Graham, self-proclaimed underdogs and nominees for Record of the Year and Best Pop Duo/Group Performance, have stated that the most appealing part of "7 Years" is that it's not pretentious, and is actually understandable to the audience. We should be celebrating this generation of musicians who prefer to put out quality poetry instead of redundant verse, not fearing how people will react to them.

Just because we're under an administration that doesn't prioritize some of the political issues artists are singing about, doesn't mean these issues all of a sudden become "controversial' and we should be cautious about bringing them up. We should be celebrating musicians with political fervor. They're exactly what we need in this fight.