Its very easy to take the story of Carl von Cosel and strip it down to the extremes: He became obsessed with a patient of his, she died, he dug her up, he slept with her for 7 years... And most accounts of his story are whittled down to just that in a sense... A mad, sad necrophile who went to extreme lengths to have the object of his desire. For the internet age, thats about as much as anyone wants to know before moving on to the next post. 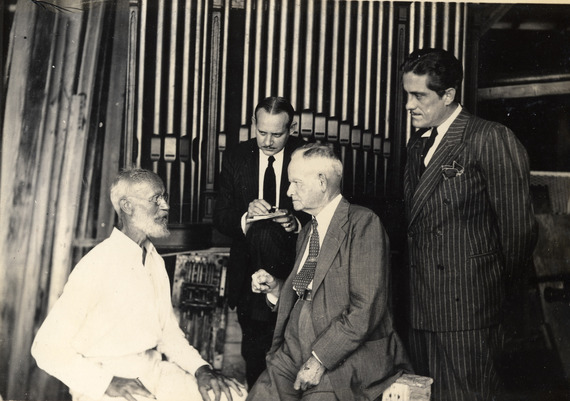 But for me, "Slept with a corpse for 7 years", seemed to beg more information. My latest, highly ambitious film project, No Place For The Living,, aims to supply those interested with that information. For the past 2 years, I've made it my own personal obsession to make some sense of the Cosel story. I've devoured the sparse amounts of literature on the subject and have endured the several cheesy amber tinted dramatic recreations for television. But mostly, I am basing my story on his own personal testimony... His Journal. Of all the writings, it speaks the loudest. It fills in alot of whats MISSING from the story: the 'why'. 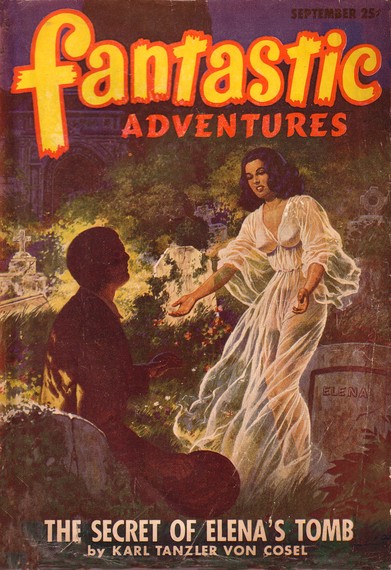 The cover of Cosel's journal which was published by Fantastic Adventures

Now, of course I'm glossing over many details myself so let me back up a bit. If you are unfamiliar with the Cosel story, here is generally what you'll find. In 1930s Key West, Florida, a German immigrant who would dub himself 'Count' Carl von Cosel took work as a Radiologist at the Maritime Hospital. This was during the height of the tuberculosis epidemic and patients were dropping by the dozens. One of these patients was a 20 year old Cuban immigrant named Elena Hoyos. Cosel, who was 54, became instantly obsessed with the girl. In his journal, he claims to have been introduced to her spirit several times in his life and she was his 'spirit bride'. I should note that he had a very living wife and 2 daughters living on mainland Florida in Zephyrhills. Of course Elena dies despite the Count using what he considered 'advanced technological' efforts to save her (really he was just shooting her up with radiation). He takes it upon himself to have her buried. This is odd for her family, but they agree due to their own financial situation. They also agree to let the mad Count 'rent' Elena's bedroom. Cosel moves in immediately. Almost a year passes when he realizes that heavy rains might damage the body. So, he manages to have the body dug up and placed in a mausoleum that he built with his own hands. He visits the crypt daily and converses with the dead girl. She begins to feel lonely (in his own testimony) and requests for him to take her home.... which he does. They move into a home on the beach and for 7 years they remain together until Elena's sister demands to know if rumors of her sister being not at all in the grave are true. 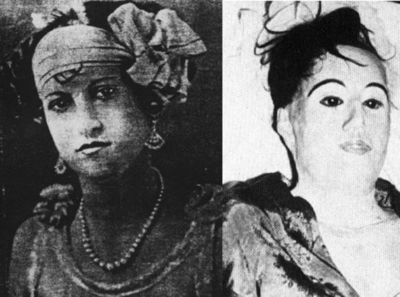 Elena Hoyos - Before / After

Its shocking for sure. But his journal tells a much madder tale, rife with romance and gothic visions. He plays the part of a Hollywood Mad Scientist using Alchemy, Medicine and Mysticism to bring the body of Elena back to life... an achievement he declares to have been a success. He makes references to Eastern methods of curing 'death' and disease. He seems to be confused and torn between spirituality and science... he's a desperate man, playing all sides to bring his Frankenstein Bride back from the dead. So much historical effort has been put in to focus on his alleged sexual encounter with the corpse that little has ever been done to really scratch the surface of this entirely insane story. Its got ghostly visitations, a statue that springs to life in an Italian cemetery, a hand-built 'airship' that resembles more a George Melies prop than anything that could ever take flight (it had massive pontoon wheels and no wings) and there's even a big explosion toward the end. Its a cinematic dream. A Gothic Romance. So I ask to go PAST the alleged necrophilia, and give his story a chance. Take a Fortean approach to his case, suspend disbelief and enter the astonishing and uncanny mind of Count Carl von Cosel... 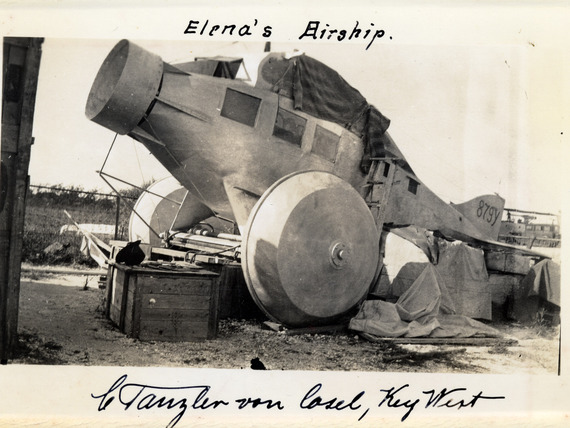 Please consider supporting this project here on Kickstarter. Thanks a ton!!