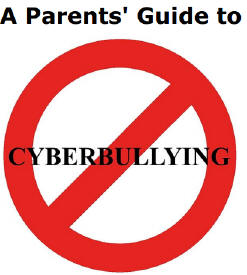 For advice on how to deal with cyberbullying, check out ConnectSafely.org's new free online booklet, A Parents' Guide to Cyberbullying

I've written several columns about how people tend to exaggerate the number of kids who are affected by cyberbullying, but just because I'm a stickler on wanting to report accurate numbers from credible sources doesn't mean that I don't think it's a very serious problem.

If you or someone you care about has been cyberbullied, bullied in-person or both, it doesn't matter whether you're part of an "epidemic" -- as some people claim -- or if you're in a minority, any more than it matters to cancer patients how common their condition might be. What you want is for the pain to stop. And if you're a parent or a kid who is worried about being bullied -- again -- the numbers don't matter as much as getting some good advice on how to keep bullying out of your life.

Having said this, I still think it's wrong and potentially even dangerous to exaggerate the problem as I'll describe later, but -- in the meantime -- know that bullying, at least for some kids, can be extremely distressing.

There have been lots of news stories about really bad outcomes from cyberbulling ranging from severe depression to the unthinkable -- a child taking his or her life. To someone affected by a situation like this, it doesn't matter that such incredibly horrible outcomes are rare, nor does it matter that some experts have written that bullying alone doesn't cause suicide. That may be true and, as co-director of the Cyberbullying Research Center Justin Patchin wrote, "Most people who have spent some time exploring the connection understand that, like any association in the social sciences, it is often much more complicated than simply X causes Y." But, as Patchin went on to say, "I think it is just as important to remember that, as inappropriate as it is to assert that 'bullying causes suicide,' it is perhaps equally incorrect to say that 'bullying does not cause suicide.'"

We also know that the vast majority of youth who are bullied don't commit suicide or necessarily even think about it, but that doesn't mean it isn't distressing.

What does matter is that we support all of our children by working to prevent bullying and finding sensible and effective ways for dealing with it when it occurs. Sometimes that means letting kids handle it on their own or among their peers, sometimes it means adult intervention. What doesn't help are knee-jerk reactions that can sometimes make the problem worse. Even well meaning "zero tolerance policies," can sometimes backfire by treating every incidence of alleged bullying as if it were a very big deal. Sometimes it is and sometimes it isn't.

As when talking about supporting kids -- don't just focus on what some call "peer victimization." It's not uncommon for kids to be bullied by adults and there are plenty of other issues facing youth including neglect, obesity and the affects of poverty.

It's also helpful to understand the definition of bullying. Olwues Bullying Prevention says that "Cyber bullying, like traditional bullying, involves an imbalance of power, aggression, and a negative action that is often repeated." The U.S. government's StopBullying.gov website's definition is almost identical. Most experts agree that a single mean, rude or insensitive comment in an email or on a social networking site -- however hurtful it might be -- doesn't, by itself, constitute bullying.

Why exaggerating the numbers is bad

I've heard from some people that my complaints about exaggerating the bullying numbers somehow minimizes and therefore makes the problem worse, but I think the opposite is true. As I pointed out in my post Social norms research: Exaggerating bullying could increase bullying, putting the bullying problem into its proper perspective doesn't minimize it and actually helps prevent it from getting worse. There is a lot of solid research that shows that if people overestimate anti-social or harmful behavior, they are more likely to engage in it themselves. In other words, reporting accurately about the rate of bullying actually makes kids less likely to bully others.

For evidence, I turn to the the research of H. Wesley Perkins, David W. Craig and Jessica M. Perkins who published a paper (PDF) in the April, 2011 edition of Group Processes Intergroup Relations, that shows that "variation in perceptions of the peer norm for bullying was significantly associated with personal bullying perpetration and attitudes." As the authors pointed out, "decades of research in social psychology ... have demonstrated the strong tendency of people to conform to peer norms." If people think the "norm" is to bully, they're more likely to bully but if they know that most of their peers don't bully, they're less likely to bully others. This, by the way, is consistent with other research on harmful or anti-social behavior including smoking and excessive drinking.

The actual numbers on bullying and cyberbullying are all over the map, partially because not everyone defines it the same way. Here's a link to some of the credible research that's out there. But -- once again -- I want to emphasize that numbers don't tell the whole story. Each child is different and each child is precious and -- at the risk of repeating an oft-used phrase, "even one case is one too many."