There. I've said it. And it feels damn good. I'm sorry, but I'm sick and tired of watching the mainstream media, and seemingly everyone else for that matter, give legitimacy to this cabal of embarrassingly under qualified non-intellectuals who seek to reverse the social, educational, scientific and economic progress America's made since the Founding Fathers put pen to paper and drafted the U.S. Constitution...ya know, that little document which Tea Baggers like Delaware Senate candidate Christine O'Donnell like to refer to ad nauseam despite not having a clue as to what the hell's actually in it. 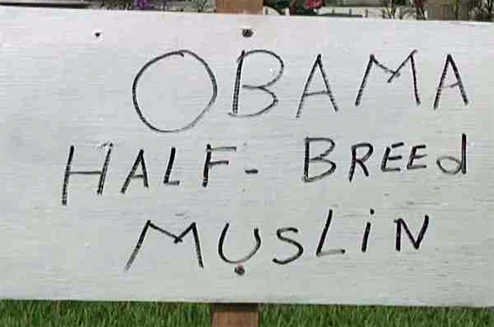 Yes, I'm sick and tired of the sheer stupidity of this movement called the Tea Party. I'm aghast at the stupidity of both its candidates and its constituents. They decry and denounce everything modern, logical and rational. They're against everything and think government should stand for nothing. And what's truly stupid is that they don't even understand the very principles for which they stand. Just witness the level of ignorance in the following video at a D.C. Tea Party rally:

These uninformed lost souls vehemently shout for "small government" and "less government handouts," but ask them if they'd like to lose their Social Security and Medicare and they smile and say, "Oh no, that stuff I like!" They don't know what the hell they want, yet that hasn't stopped them from being really, really angry anyway. And they support candidates who stand for nothing and are against everything. They mock science, think evolution is "a myth,", claim President Obama is an illegal alien, are against stem cell research, the Department of Education, the EPA, Social Security and Medicare, health care reform, financial reform, cap and trade and other environmental protections.

Just consider the sheer lunacy of some of the statements found in a NY Times article Thursday by several Tea Party supporters interviewed about their denial of global warming:

"It's a flat-out lie," said Norman Dennison, a 50-year-old electrician and founder of the Corydon Tea Party. He added that he had based his view on the preaching of Rush Limbaugh and the teaching of Scripture. "I read my Bible. He made this earth for us to utilize."

"This so-called climate science is just ridiculous," said Kelly Khuri, founder of the Clark County Tea Party Patriots. "I think it's all cyclical. Carbon regulation, cap and trade, it's all just a money-control avenue." She added: "Some people say I'm extreme, but they said the John Birch Society was extreme, too." (um, that's because it is)

And yet another Tea Baggin' genius: Lisa Deaton, a small-business owner in Columbus, Ind and founder of Tea Party affiliate We the People Indiana, said "They're trying to use global warming against the people. It takes way our liberty. Being a strong Christian, I cannot help but believe the Lord placed a lot of minerals in our country and it's not there to destroy us."

Even worse are the certifiably loony candidates that these dopes are supporting. Let's take a look at the Tea Party's "A Team:"

Consider O'Donnell, who's cheated on her taxes, lied about her education, defaulted on her mortgage, defaulted on her college tuition, reportedly used campaign funds for personal use, campaigned against sex and masturbation, and admits to "dabbling in witchcraft." She has also made a series of very bizarre statements about scientists cloning humans with animals which produce "mice with fully functioning human brains;" and believes homosexuality is "an identity disorder" and that having women in the military "cripples the readiness of our defense." Her latest embarrassment involves her complete, utter lack of knowledge about the Separation of Church and State and the U.S. Constitution's 1st Amendment establishment clause which protects it:

Or Harry Reid's Senate opponent in Nevada, Sharron Angle, who during an interview about abortion, when asked hypothetically what a 15-year-old girl who was raped by her father should do, Angle suggested that she "turn lemons into lemonade" and find a solution. She also wants to repeal health care reform; is against financial reform; seeks to cut Social Security benefits; and scoffs at global warming. Just this week she told a group of Hispanic students that they look Asian.

Or how about Joe Miller up in Alaska, who thinks that unemployment insurance is unconstitutional, and who had his goons assault a reporter this week simply for asking a question? Or Rand Paul in Kentucky, who doesn't believe in the Civil Rights Act of 1964. Or Colorado's Ken Buck who thinks "this global warming is the greatest hoax that has been perpetrated." Or the "refudiatin" Sarah Palin, who Tweeted her followers this week urging them to support Pennsylvania Senate candidate John Raese. Only problem: Raese is running in W Va. Can you say, airhead?

And what about Newt Gingrich, who's blatant racist comments about President Obama last month were shocking let alone moronic: "What if Obama is so outside our comprehension, that only if you understand Kenyan, anti-colonial behavior, can you begin to piece together his actions? That is the most accurate, predictive model for his behavior."

To be sure, what we're witnessing with the Tea Party is politics at its stupidest best. This is a dumb party, with dumb ideas, dumb candidates and even dumber voters. Someone just has to say it, and I'm fine with it being me.